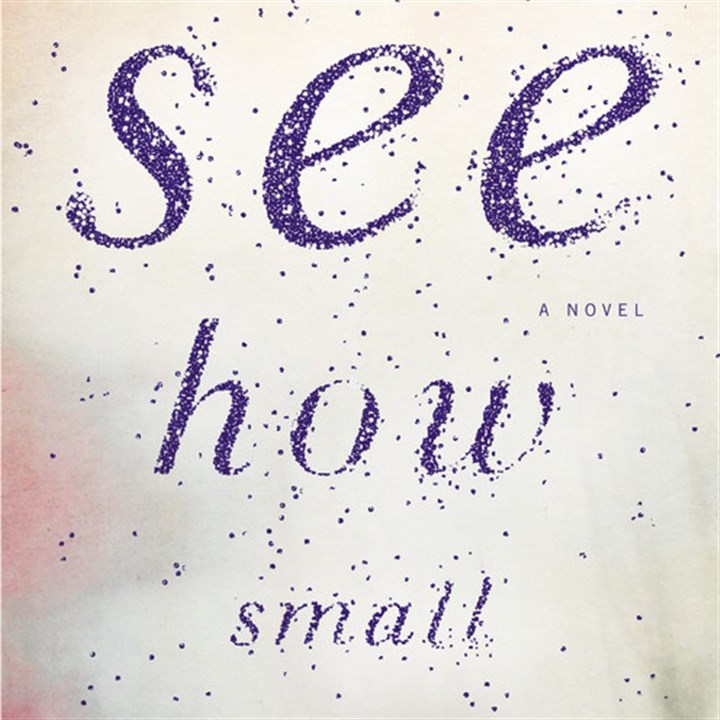 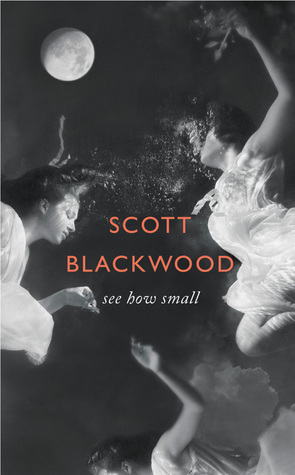 It begins one summer evening in a small Texas town. Two men walk into an ice cream shop shortly before it closes. They bind the three teenager girls working behind the counter. They set fire to the shop. They disappear.

Loosely based on the 1991 Yogurt Shop Murders in Austin, Texas, See How Small explores a community’s reactions to the brutal and seemingly random murder of these three girls. It is told through the perspectives of the community’s survivors, witnesses, suspects, and yes, the deceased girls. Above everything else is the girls’ shared narration as they watch over the community during the five years following their deaths, as they attempt to comfort their town.

The second I finished this book I went online to read other reviews of it. I thought, surely I’ve missed something here? But no, it appears everyone else was just as confused as I was after finishing it.

The first few pages really grab the reader, and I can imagine it grabbed the publisher as well. But then the pace starts to really slow. I thought the dead girls would be more involved in the story, because the blurb mentions that they live on in spirit form and watch over the people who have been left behind. However, they really only appear in a few chapters.

There are too many characters in this book. There were even some sections that I think I could’ve skipped and I still would’ve understood the book, and a reader should never be able to say that about a novel. The book jumped around way too much, and some chapters were just too short. As a result, I couldn’t sympathise for any of the characters because I didn’t really care about them.

I must say that the writing is beautiful and evocative, and Scott Blackwood is a very lyrical writer. His vocabulary and the smooth flow of his sentences painted an enriching and engaging story for the reader. It’s just a shame that the story itself wasn’t fleshed out as well as it could’ve been. The story was too non-linear, and flicked back and forth in time. Some chapters were about the time right after the murders, and sometimes the chapters went forward five years. And even though this is a spoiler, I’m going to say it anyway. There’s no resolution to this novel. None. And who wants that in a crime novel?