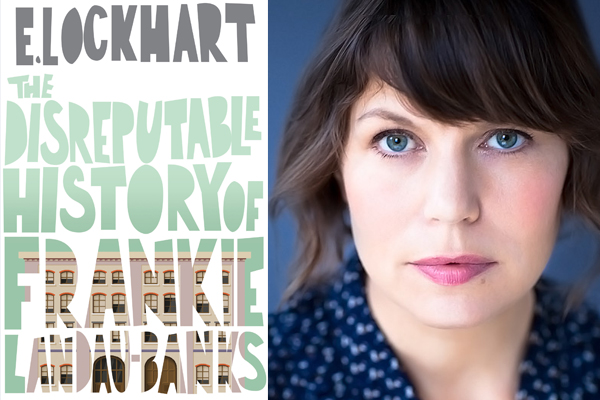 The Disreputable History of Frankie Landau-Banks is an American novel and follows the adventures of Frankie Landau-Banks, a fifteen-year-old sophomore at the prestigious Alabaster Academy in Massachusetts. She catches the attention of Matthew Livingston, a senior boy whom she begins dating. And then she discovers that Matthew is a member of the Loyal Order of the Basset Hounds, a secret male-only society on campus responsible for lighthearted pranks and mischief. And Frankie, who is mischievous and clever in her own way, comes to envy the bond that Matthew and his fellow Hounds share.

Frankie Landau-Banks struggles to prove herself to her parents and her sister. She is underestimated, nicknamed ‘Bunny Rabbit’, and Matthew is distant and secretive with her just because she’s a girl and therefore can’t join his secret society. Frankie becomes frustrated and angry, and she starts to rebel against the patriarchal rules of the secret society and Frankie decides to take matters into her own hands.

She deviously pretends to be the Alpha of the group and plans new pranks, each of them reflecting the need for change and reform within Alabaster. But this can also be said for wider society, reflecting how many sports or societies exclude women or people ‘not worthy’ of joining. Frankie is fighting against the stereotypical role of a female character, and she takes an active role in fighting the exclusive male society that Matthew is in.

Matthew had called her harmless. Harmless. And being with him made Frankie feel squashed into a box—a box where she was expected to be sweet and sensitive (but not oversensitive); a box for young and pretty girls who were not as bright or powerful as their boyfriends. A box for people who were not forces to be reckoned with.

Frankie wanted to be a force

The Disreputable History of Frankie Landau-Banks is a refreshing, witty and enjoyable book about a boarding school experience that is most unlike other novels. E. Lockhart has a way of drawing the reader in and holding us until we’ve read her novel in one sitting.

And Frankie? Well, what a fantastically feisty main character! Frankie is not just sassy, cunning, bold, confident and reassured. She’s daring, intelligent and she’s level-headed and she calculated. She really is a fantastic protagonist, and she feels like a protagonist that I’ve never come across in young adult fiction before. She’s not one of those girls who changes when they get a boyfriend, nor is she the kind of girl who is clumsy, gutless and naive around men.

This book highlights a gender imbalance, and seems to be a subtle metaphor for a lot of real life. Frankie challenges the notion that boys seem to be rewarded when they pull off clever schemes but girls are seen as being deranged and manipulative:

Why is it psychotic if I did it, and brilliant if Alpha did it?

E. Lockhart’s prose is fluid and the characters are three dimensional and realistic. They reflect those of us here outside of the fictional world of Alabaster, being stereotyped and cornered because of our gender.