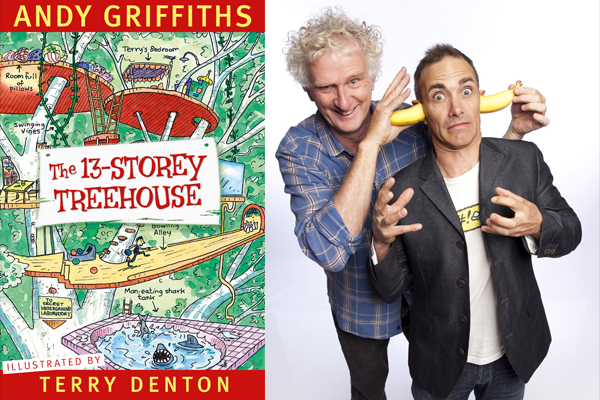 It’d be almost impossible to find a young child who hasn’t heard of the Treehouse series by Andy Griffiths and Terry Denton. There are now five books in the series, which is about two young boys Andy and Terry and their multi-storied treehouse full of creatures and fun rooms and hilarious, madcap adventures.

In this first book in the series, Andy and Terry live in a riotous 13-Storey Treehouse and whilst desperately trying to write their next book, they’re both being distracted by all of the crazy mishaps and nutty adventures occurring around them. 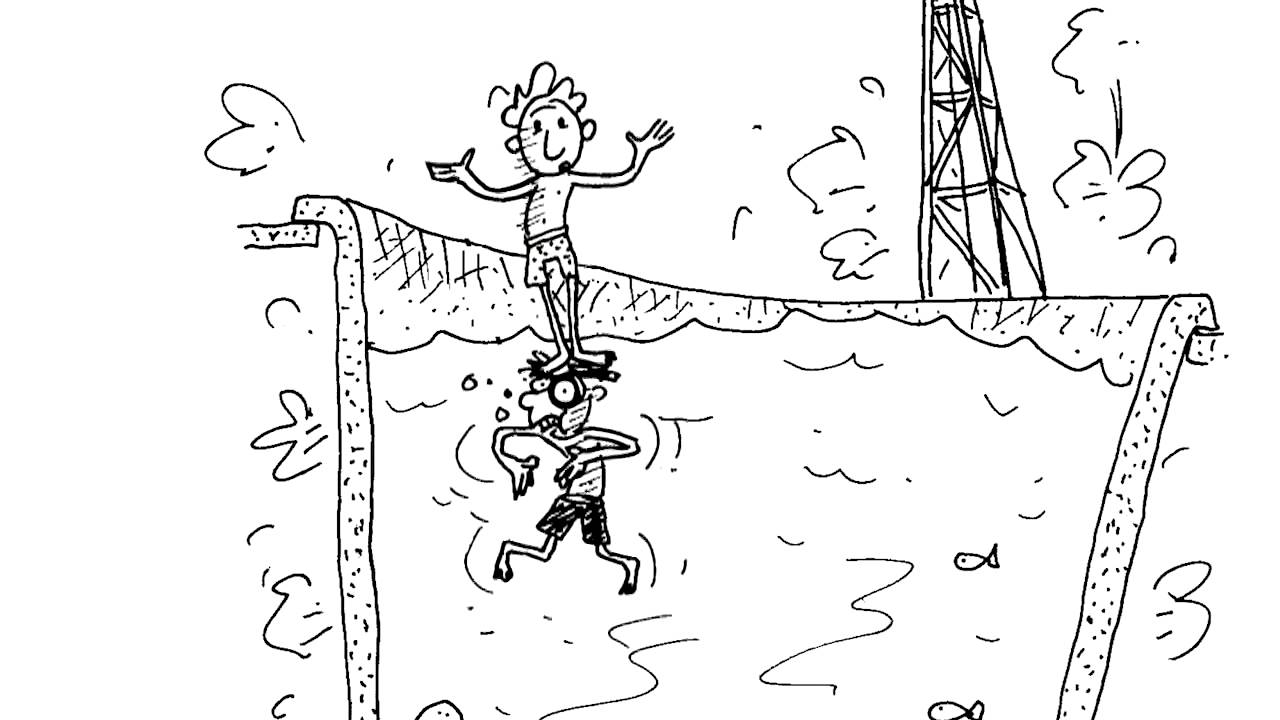 Andy Griffiths and Terry Denton have tapped into a childhood dream and transformed it into a highly successful children’s book series. Every child wishes they had a treehouse, full of different rooms and living spaces, with animals and creatures and enough toys and possessions to pass the time. In Andy and Terry’s 13-Storey Treehouse, there’s a bowling alley, a see-through swimming pool, a tank full of sharks, a library full of comics, a secret underground laboratory, a games room, self-making beds, vines you can swing on, a vegetable vaporiser and a marshmallow machine that follows you around and automatically shoots your favourite flavoured marshmallows into your mouth whenever it discerns you’re hungry. 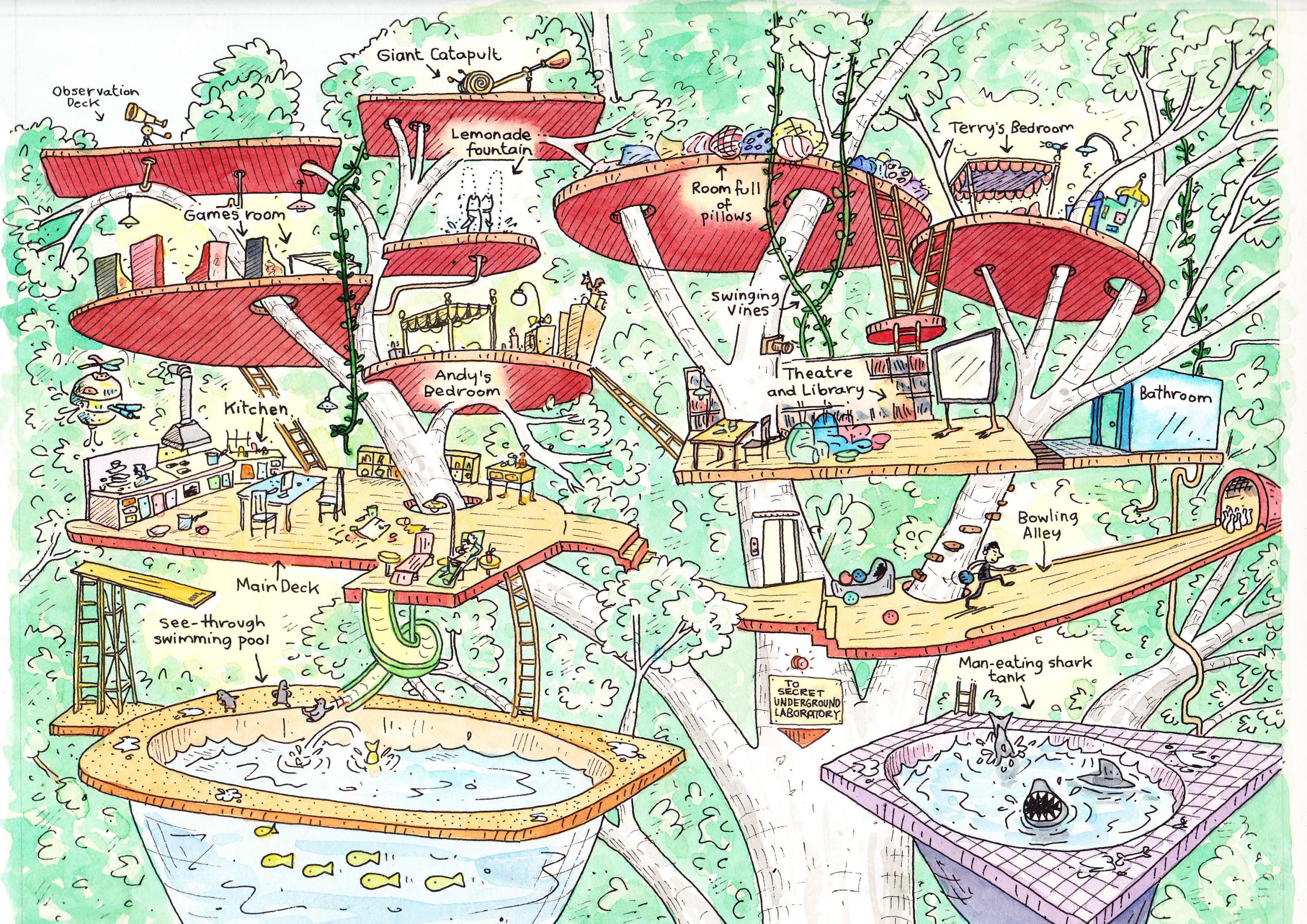 Andy’s writing is hilarious. The pace is quick to keep children entertained, and there are some witty lines in there to entertain adults as well. The characters move from room to room almost every second page, and this keeps children engaged and in awe of the treehouse setting. The storyline is not overly complicated and is easy for children to follow. Andy and Terry need to deliver their next manuscript to their publisher, but Terry keeps getting distracted in the treehouse! And Andy can’t work out what to write about!

Terry’s illustrations are almost like sketches at times, but the page is always jam-packed with detail and there doesn’t seem to be a section free. The drawings must take him hours to complete, and the illustrations alone would be enough to keep children reading. The book is full of illustrations – they almost seem to be on every page – and with Terry Denton’s signature detailed drawings, children will be entertained for hours reading the book. 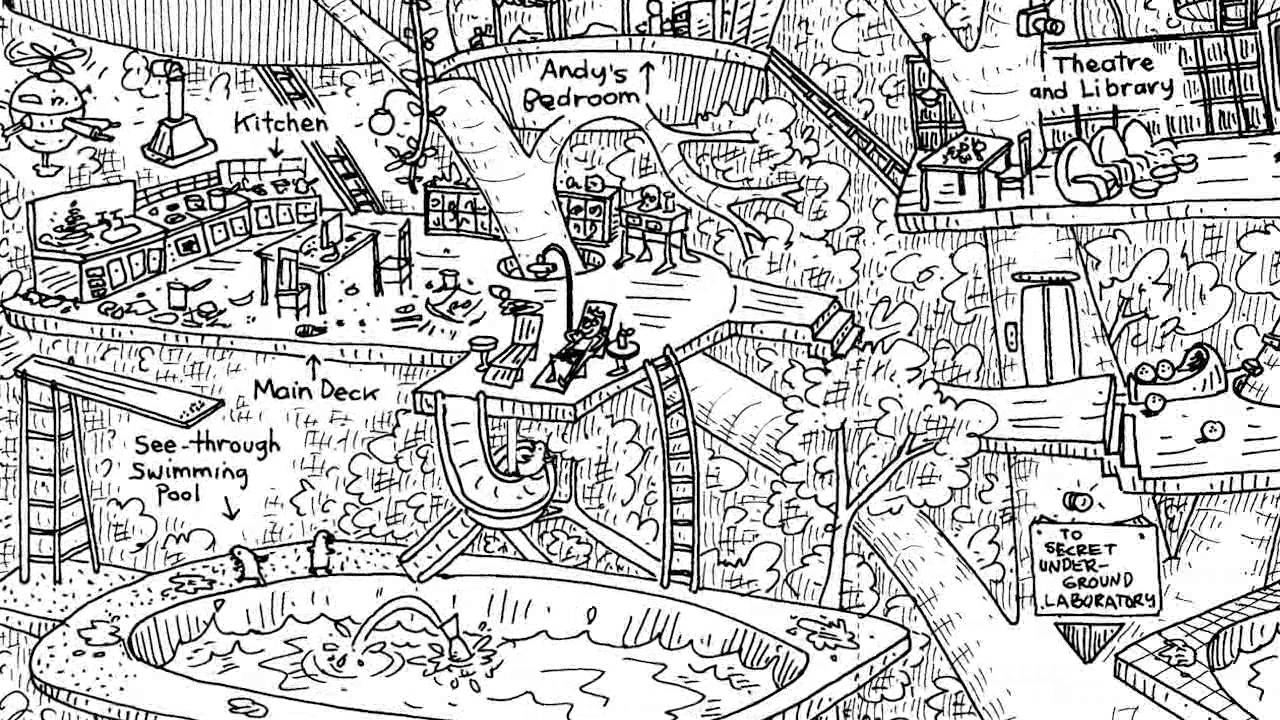 This is a fun, hilarious, heart-warming book for children aged 7+. The 13-Storey Treehouse is perfect for young children, and I highly recommend this for reluctant readers. There are so many drawings and illustrations, that children won’t even feel like they’re reading.