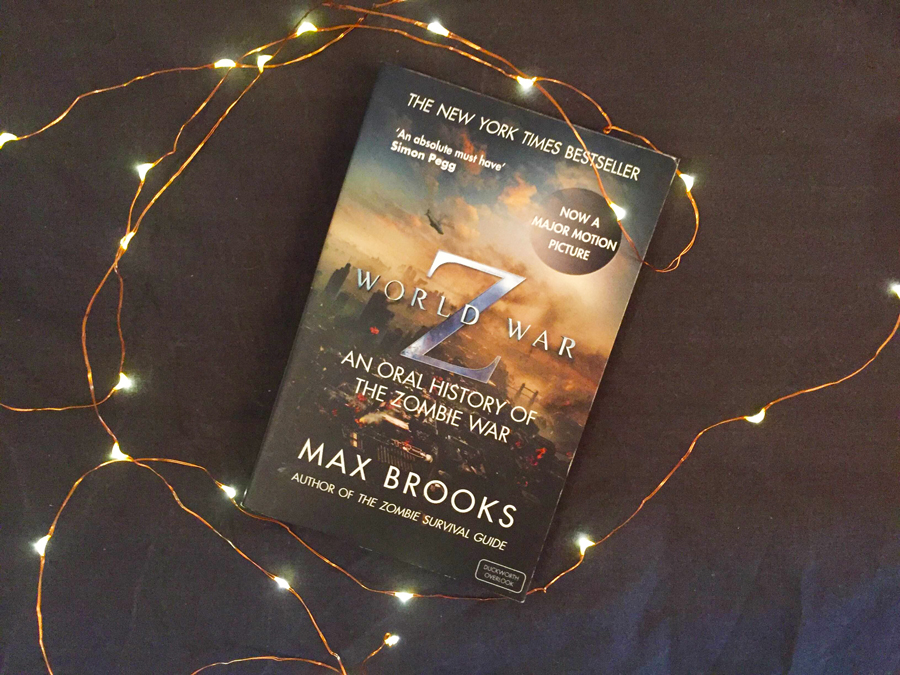 Max Brooks’ World War Z is an oral history of a fictional zombie war. It’s presented as an after-the-event account of what led up to and what eventually over the zombie war. World War Z is the compilation of conversations with survivors of the ordeal, and their recollections and experiences in the war. World War Z is narrated by an agent of the United Nations Postwar Commission, and it makes for a unique book and an interesting stylistic technique. It’s hard to think of any other novel that presents a zombie war in quite the same way.

It goes by many names: “The Crisis,” “The Dark Years,” “The Walking Plague,” as well as newer and more ‘hip’ titles such as “World War Z” or “Z War One”. I personally dislike this last moniker as it implies an inevitable “Z War Two”.

The zombie war that’s being investigated in the novel came very close to eradicating humanity. The novel features interviews with people all around the world, from decimated cities that once teemed with upwards of thirty millions souls to the most remote and inhospitable areas of the planet. These interviews are more like testimonies, with men, women and children who witnessed the zombie war and managed to survive it. Some of their accounts describe the resulting social, political, religious and environmental changes to the world as a result of the zombie war.

“The night it happened, I was walking home from the bus stop. It was around 5am and I’d just finished my shift waiting tables…maybe it was simply being so knackered, but I felt my body instinctively react before I consciously heard the shots.”

Max Brooks manages to piece together how it all started in New Dachang in China and how it then ravaged the planet to near-extinction. World War Z documents the full scope of the zombie war, from beginning to end.

“Ignorance was the enemy. Lies and superstition, misinformation, disinformation. Sometimes, no information at all. Ignorance killed billions of people. Ignorance caused the Zombie War.”

World War Z is a bit of a social commentary on the world. It is a platform to criticise government incompetence, corruption and inability to act quick enough to solve a problem. Despite the lethargy that the reader feels towards the end of the novel because of too many interviews and no apparent end in sight, I did feel like I learnt a lot from World War Z. Battle tactics, medical practices and geographical information are woven throughout the ‘interviews’ featured in the book, adding to the story but also making the reader feel like they’re learning something. Max Brooks has also featured characters with sarcasm and wit, making for an entertaining read.

World War Z explores survival, death, fear and uncertainty. It definitely felt like a niche novel. If you love zombie movies and survival tales, then you’ll love this book. I did find it slow at times and I did find my attention lagging, but stylistically it is a well-written, entertaining novel.