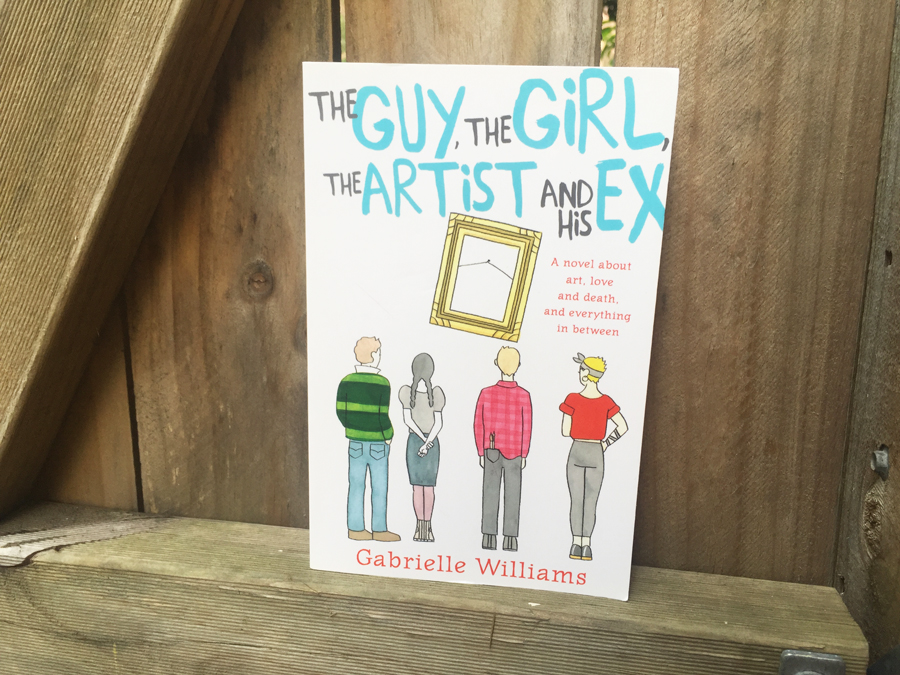 The Guy, The Girl, The Artist and His Ex
Gabrielle Williams
April 2015
Allen & Unwin

The Guy, The Girl, The Artist and His Ex revolves around a true story: In 1986, a Picasso painting called ‘The Weeping Woman’ was stolen from the National Gallery of Victoria by a group of people who called themselves the Australian Cultural Terrorists. The ACT held the government ransom, demanding more funding for young artists. The painting was eventually returned, but the ACT were never found. That is, until Gabrielle Williams chose them as the protagonists for her latest fiction novel.

The painting’s theft has affected four young Melburnians very differently, and the disappearance of the Weeping Woman has now caused their lives to collide. Guy is a serious party animal who is failing his classes at school and when his parents go away, he hosts a massive party at the house. And at that party, he meets a girl called Rafi. Her and her mother moved to Melbourne from South America shortly after her three-year-old brother drowned. Her mother has never recovered, believing that she saw the legendary La Llorona (which translates to The Weeping Woman in English) shortly before her son died and that La Llorona murdered her son. Raft’s mother has since become obsessed with the legend and Rafi feels abandoned by her.

Luke is a self-obsessed, philandering artist and he and his friends have orchestrated the theft of The Weeping Woman from the gallery. But the police are closing in on them, and there are rumours that someone from their team is planning on selling the painting to a buyer in Adelaide (their original plan was to forge the painting and return that to the gallery, whilst on-selling the original for a high price). Our final protagonist is Luke’s ex Penny, whose life changed dramatically when she got pregnant with Luke’s child and had the baby. Luke treated her terribly, cheated on her, and she left him.

The story takes a dark turn when Penny leaves her baby with her neighbour for the night (Rafi). Raf is desperate to go to a party (where she meets Guy), so she leaves the baby with her mother. But her mother takes her La Llorona obsession to a whole different level, and horrific things happen.

The novel is written extremely well. The chapters alternate point of views between the four main characters, and a lot more is left unsaid than said. Their lives intersect and overlap throughout the book, and some of their decisions have disastrous consequences. Each character is flawed in their own way, so they won’t all be relatable for the reader. Gabrielle has woven their backstory into the present tense rather well, and the book is a quick read.

Whilst art is the basis of the novel, family and friendships are what hold it together. Relationships are tested and some are lost, and there’s no happy ending for everyone in this story. Some of these relationships reflect what happens in real life, and Gabrielle has added real depth to the novel by featuring so many flawed protagonists. Overall, I really enjoyed reading this and highly recommend it for readers over the age of fourteen.