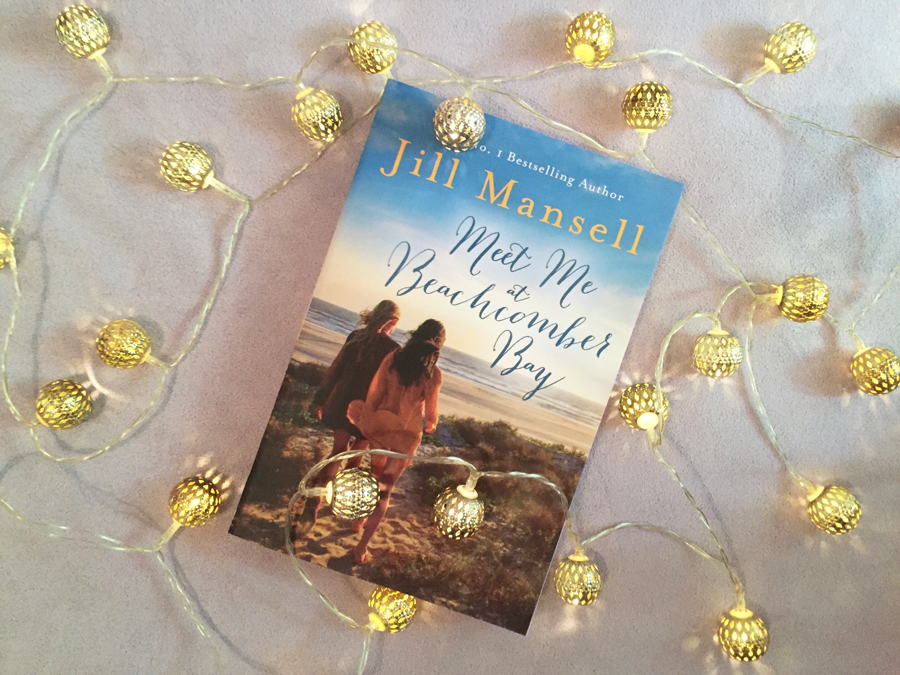 I had never read any Jill Mansell before picking up this book, and now I’m desperate to read the rest of her backlist! Meet Me At Beachcomber Bay is a romantic and hilarious novel about a group of people living in St Carys, Cornwall.

The novel opens with Clemency meeting a man on a plane, and instantly having a connection with him. She gives him her number, but he reveals that he’s married and hurries off when they land. She’s disappointed and a bit confused, but she moves on.

Three years later, Clemency is still single and meets her stepsister’s new boyfriend Sam. The same Sam who sat next to her on that flight three years earlier. Drama ensues. Clemency’s colleague Ronan is in love with a girl in town, but she wants nothing to do with him and he feels helpless. Bella seems to have the perfect boyfriend, but something isn’t quite right and she’s not sure what it is. And then there is also Marina, an artist, who is harbouring a secret of her own that she’s struggling to keep to herself anymore.

Over the course of the novel, the characters cross paths and their intertwined lives start to unravel and secrets are revealed.

St Carys definitely has that isolated, closed off environment that you get with beachside romances. Everyone knows everyone and people run into each other on the street, and gossip is exchanged in coffee shops and there’s way too much drama for such a small place. Jill Mansell has done a great job of entertaining her reader with three dimensional, relatable characters. All of the characters are flawed in some way, but they’re still all likeable. Some of the situations that happen in the book could happen to people in real life, so readers will definitely feel like parts of this plot are realistic.

Every chapter is told from a different perspective, which allows for backstory to be woven in and for the different personalities to be unveiled. I liked the alternate point of views in the book, and felt that Jill really crafted her characters carefully so that they all felt different and their voices were illustrated really clearly in their respective chapters.

There was only one thing that bothered me about this novel. It all seemed easy. The tension between the characters seemed to blow over awfully quickly, and any issues that you thought would be catastrophic actually seemed to turn out fine. I don’t want to give away spoilers, but at the end of the novel, everything seemed to work out just perfectly for pretty much all of the characters. And Jill had set up this novel with a lot of conflict, issues and secrets, and yet it all resolved with happiness and ease?

This novel is definitely for the romantic readers out there. It’s sweet, heartwarming and a quick read. For those that love reading about soulmates and happy endings, this is the perfect novel for you.