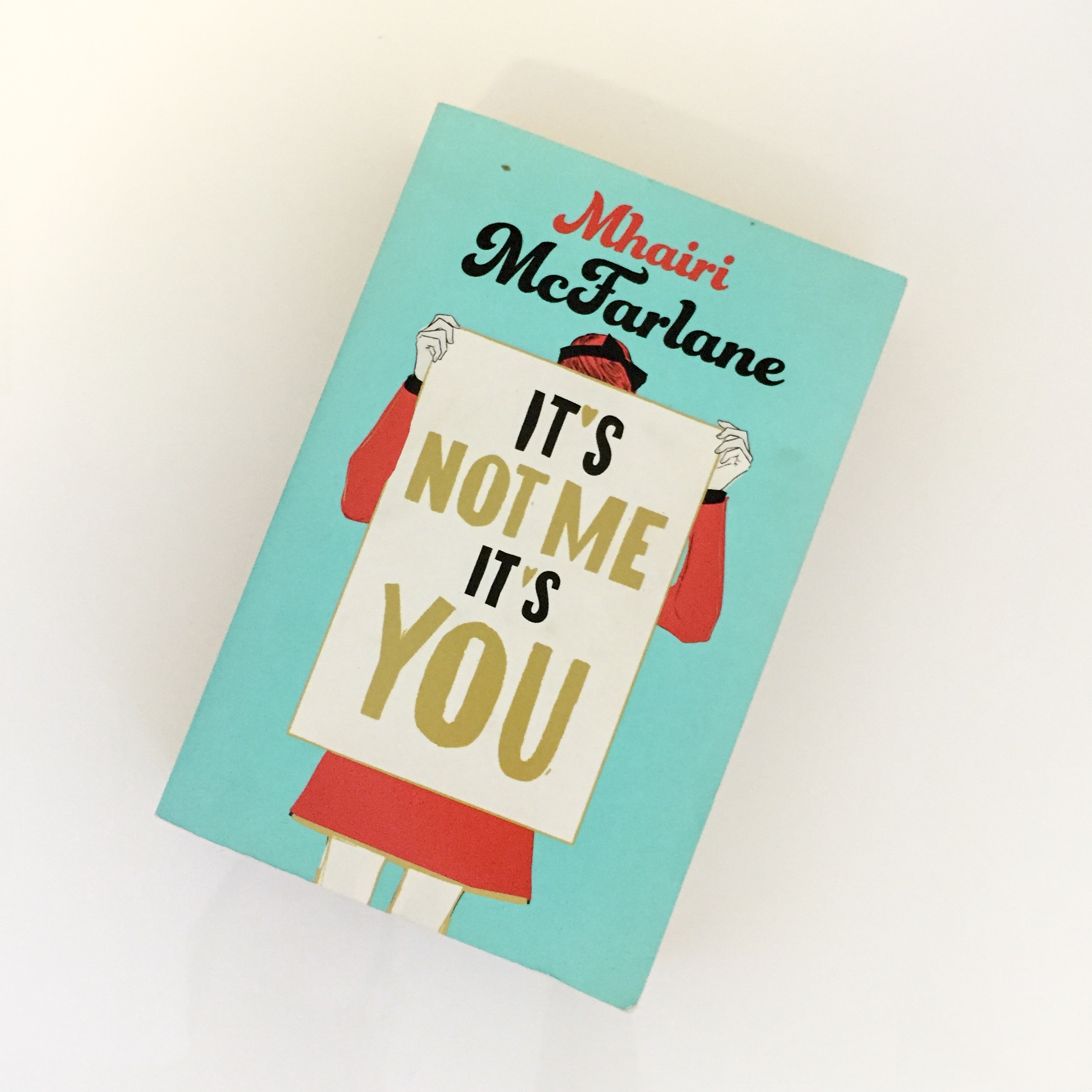 It’s Not Me, It’s You is a hilarious romance/chick lit novel from Mhairi McFarlane, author of Who’s That Girl?

Delia Moss isn’t quite sure what went wrong. She proposes to her boyfriend, he says yes and then he accidentally sends a message to Delia that he intended to send to his mistress. So, their relationship ends, and she needs a change. She moves to Newcastle for a PR job and lives with her best friend in the meantime. And of course, there’s a handsome journalist on the prowl threatening to expose her new boss and Delia tries to singlehandedly fend him off. All in all, this book is a jam-packed, hilarious recipe for a great romance read.

This book is smart and funny, with characters you fall in love with and hilarious mishaps that you want to relive. Mhairi McFarlane has written another novel with comic romance and a dreamy love interest. The dialogue is witty and sarcastic and the book is laugh-out-loud funny.

“Ann’s policing of the office fridge was frightening. Despite being post-menopausal, she decanted her semi-skimmed into a plain container and labelled it ‘BREAST MILK’ to ward off thieves.”

There’s something in this book that I’m sure all readers can relate to – what do you do when the rug gets pulled out from under you? This is for all readers who’ve been suddenly dumped, or fired, or evicted. It’s for those of us who may need a little escape from the world right now – something to laugh at and giggle over. The characters are three dimensional and real, and the situations realistic.

“One night with you and he’s turned into a love-letter writer. You must have an incredible pelvic floor.”

I found my attention dropping off in the middle of the book. I felt like the book was about 100 pages too long and I couldn’t see where the story was going. The romance interested me and I persevered in order to find out what happens, but the storyline with Delia’s PR job and its complications are perhaps not strong enough to keep the ‘occasional reader’ interested. I soldiered on because it’s Mhairi McFarlane and I knew it’d have a satisfying conclusion, but I it was a real effort during those middle chapters.

It’s Not Me, It’s You is about picking yourself up after some hardships. It’s about taking that necessary time out to figure out what you really want and what you really need, and then going for it. It may take Delia a while to figure that out, but she does, and it’s uplifting and enjoyable for the reader.

I recommend this book to romantic fiction lovers, and to fans of chick lit. This is a feel-good book full of hilarity and heart. It’s one of those stories where you know it’s going to end up alright, like a Disney movie or a Hollywood rom-com.

It’s Not Me, It’s You
Mhairi McFarlane
November 2014
HarperCollins Publishers