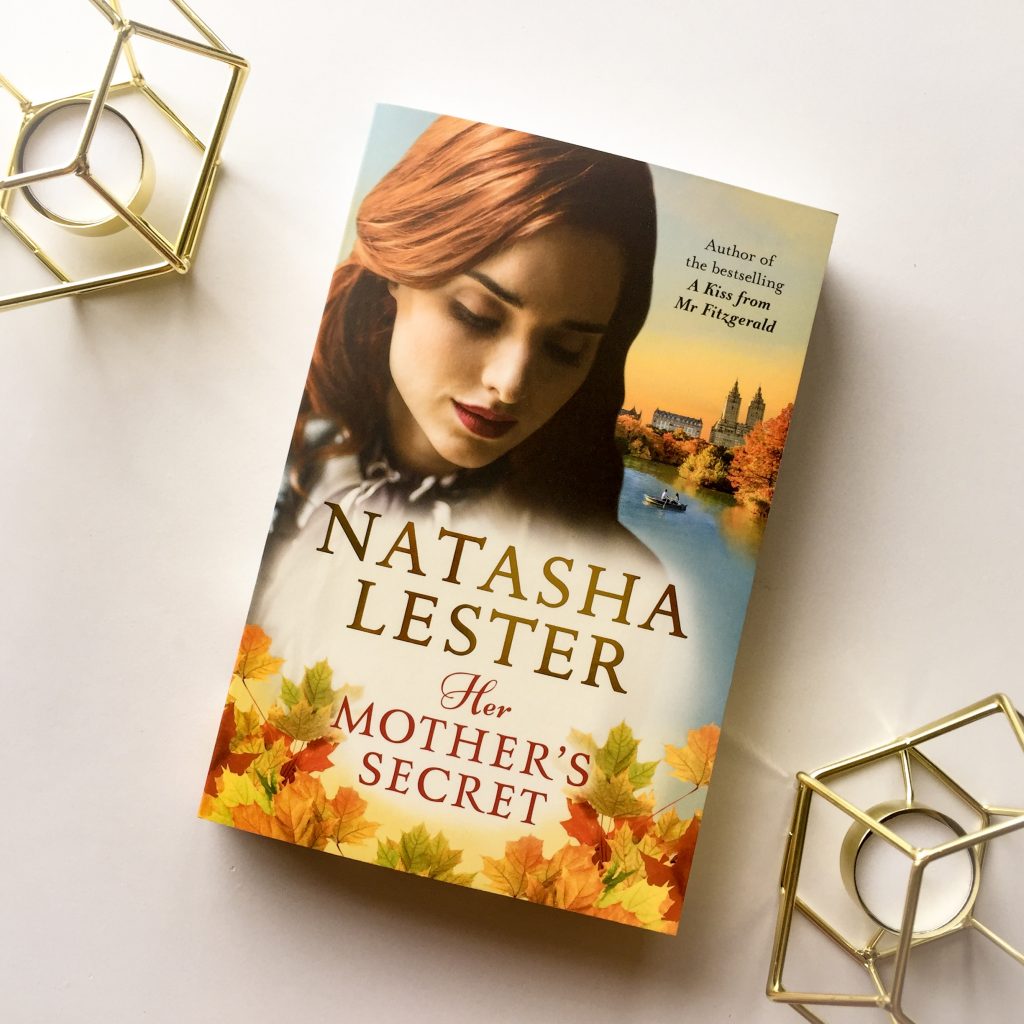 Her Mother’s Secret is a historical fiction novel set in America in the early 1900s. Leo’s father has recently died and she’s boarded a ship to NYC to start over. She dreams that her cosmetic creations will be stocked in department stores. She’s crafted lipsticks, glosses and mascaras and despite judgement and scolding, she knows that beautiful, glamorous makeup is what women will want.

Natasha Lester’s writing style is accessible and easy to read. The characters are inviting and relatable, and we are engaged throughout the entire book. Leo is strong, smart and determined, but she is forced to fight society’s perception of her and society’s gender inequality. Despite being set in the early 1900s, this inequality can definitely still be found in the world today. It was humbling to read about someone who carved her own future despite all the odds being stacked against her.

“So Leo does have something of value.”
“Besides a propensity to sleep with men she shouldn’t,” Faye bit back.
“Didn’t you once say you’d followed a rake to England? I assume you didn’t just hold his hand,” Leo said.

Despite some of the characters being incredibly flawed, Natasha has put together an ensemble cast that compliment each other and really help drive the story. I really sympathised for Leo, who had to work so hard and who had to compromise with other people who didn’t really work hard at all. But, despite this, Leo forms a strong bond with two other women: Jia and Lottie. Together they plan and create the products. They’re not just Leo’s colleagues — they’re her friends. The two of them help Leo through some really tough times, and it was great to see their friendship grow over the course of the novel.

“The salon opened its doors in September 1920. On that day, Leo stood in the main room with Jia and Lottie, eyeing what they’ve done, feeling so proud.”

The factual events in the book highlight Natasha’s research, for example Elizabeth Arden and the Red Door Studio. There is also a lot of information about how Leo makes her cosmetics and the chemistry and science behind them. It’s actually really interesting and intriguing if you don’t know anything about it (like me!) and getting a glimpse into all this behind-the-scenes information was my favourite part of the book (as well as the romance, of course!).

Natasha has crafted a really glamorous, envious setting for most of the book. The people that Leo meets and the connections she makes opens her up to a lot of opportunities she didn’t otherwise have. Yes, she goes through her fair share of struggles but she also paves her own way through a very elite and glamorous group of wealthy people. She’s also a very intelligent woman with a very strategic mind.

Her Mother’s Secret is fun, fabulous and bold. The characters are wonderful, and they make the story pop. I loved this book so much that upon finishing it, I immediately went and bought Natasha’s previous book A Kiss from Mr. Fitzgerald. There have been very few books that I’ve adored so much that I’ve gone and bought backlist without a second thought.

Natasha was inspired to write the book after working as the marketing manager for the head office of L’Oreal. If you want to know more, Natasha has written a fantastic blog post series on her website about writing this book. I highly recommend you give it a read HERE.