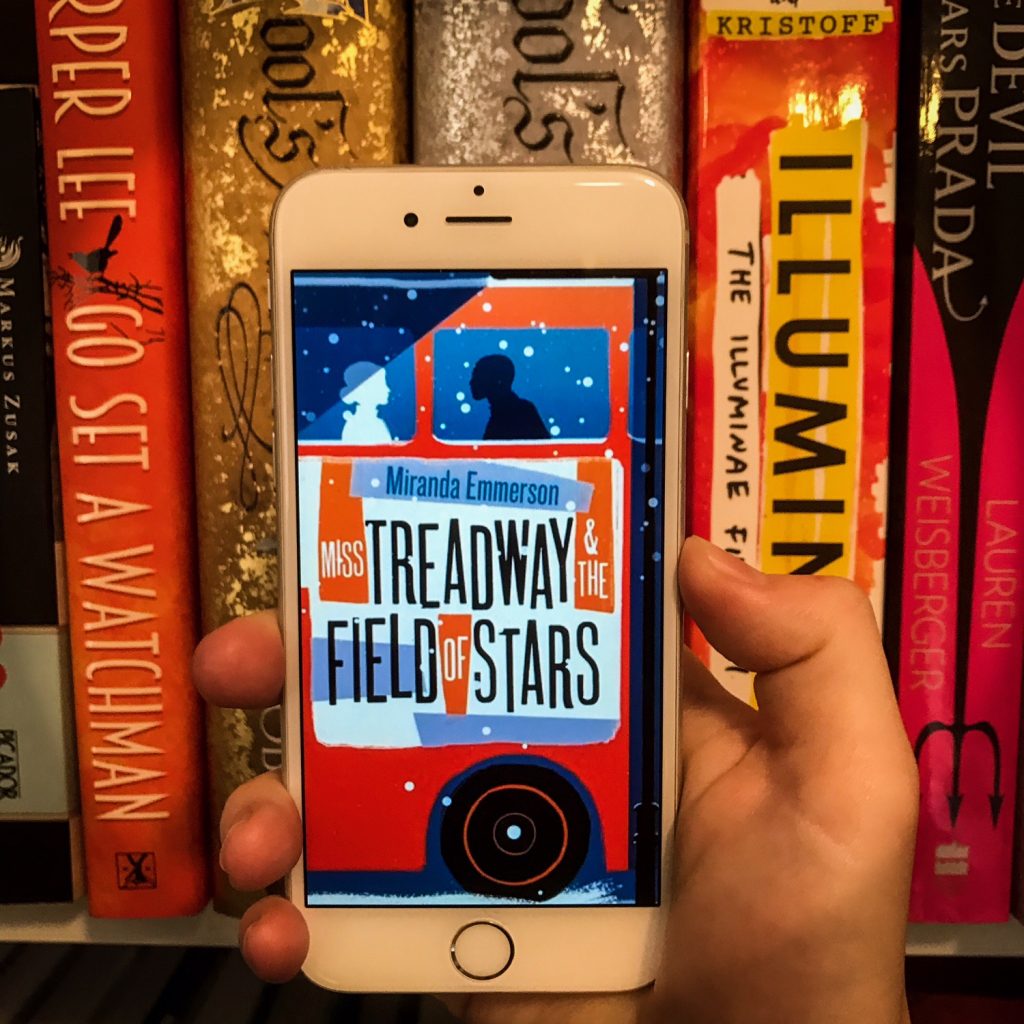 In a tiny two-bed flat above a Turkish café on Neal Street lives Anna Treadway, a young dresser at the Galaxy Theatre.

When the American actress Iolanthe Green disappears after an evening’s performance at the Galaxy, the newspapers are wild with speculation about her fate. But as the news grows old and the case grows colder, it seems Anna is the only person left determined to find out the truth.

Her search for the missing actress will take her into an England she did not know existed: an England of jazz clubs and prison cells, backstreet doctors and seaside ghost towns, where her carefully calibrated existence will be upended by violence but also, perhaps, by love.

Set in London in the 1960s, Miss Treadway and the Field of Stars is mostly a mystery novel, with young dresser Anna Treadway taking it upon herself to search for the missing actress Lolanthe Green. It’s quite a clever novel, because it’s actually not just about the disappearance of Lolanthe, but it also an exploration about minorities in London and their experiences in the town.

Through Anna’s detective work, we meet all kinds of characters, including Brennan, Orla and their daughter Gracie. Anna intersects with Leonard, who is gay and is struggling to live with that because it’s illegal. Ottamar is a Turkish cafe owner who is overworked and overly worried about his daughter Samira. She seems to be disconnecting with the family and spending all of her time away from them, and Ottamar worries about what this could mean for the family. Finally, we meet Aloysius, who is well-spoken and is helpful to Anna in her quest to find Lolanthe, but he’s subjected to appalling racism and police brutality because of the colour of his skin.

“Ottmar’s mind drifted free of the assembled group and took him back to Melanippus’ vast living room in Nicosia with its marble floor and long dark leather seats. In a former life he’d written book reviews for a Greek magazine in his native Cyprus. The only Turk on the staff, he’d spent his evenings smoking cigarettes and talking about art and philosophy and life with all the other twenty-somethings who dreamed of flying away to a life of avant-garde delights in Paris or Berlin.”

Miranda has a talent for weaving lots of different characters together and moulding them in the one scene. The reader doesn’t feel confused or unsure of who is talking or who is the focus of the chapter — all the characters blend well together. Miranda has also taken us on a journey through the good and bad parts of history. We’re led through the streets of backdoor abortion and side street racism, but we’re also witnesses to the beautiful familial bond that some of the characters have, and the support that they have for each other. Some of the characters help Anna when she’s in need, and it’s great to see their friendships and relationships form.

“The police had beaten Aloysius and walked away from it. And somehow the overturning of one institution has cast all the rest into doubt. If the police were not what she supposed them to be, were the lawyers, were the priests, were the politicians?”

Miranda has done a wonderful job of capturing 1960s London, with the evocative description of the setting and the cultural relations between the characters. Set in London, we bear witness to the hopes and dreams of people in the arts. Some of them are past their prime and coming to terms with their ageing looks. Some are aware that their skin colour will probably always be a barrier for them in life and that their dreams may be farther than they thought.

Despite how lyrical and intriguing this story is, I did find my attention waning. I couldn’t help but feel like the story went on tangents and the origin of the novel and the reason we were drawn into the story (the disappearance of ‘Lanny’ Green) got a little lost along the way. Things became a little convoluted, and I got a little bit confused.

Miss Treadway and the Field of Stars is a novel about fitting in, in a city that’s not very forgiving to outsiders and is not welcoming for newcomers. It’s a tough decade for the characters, and finding Iolanthe Green has plenty of roadblocks. London is filled with casual racism, police brutality, immigration, loneliness and characters dreaming of more.