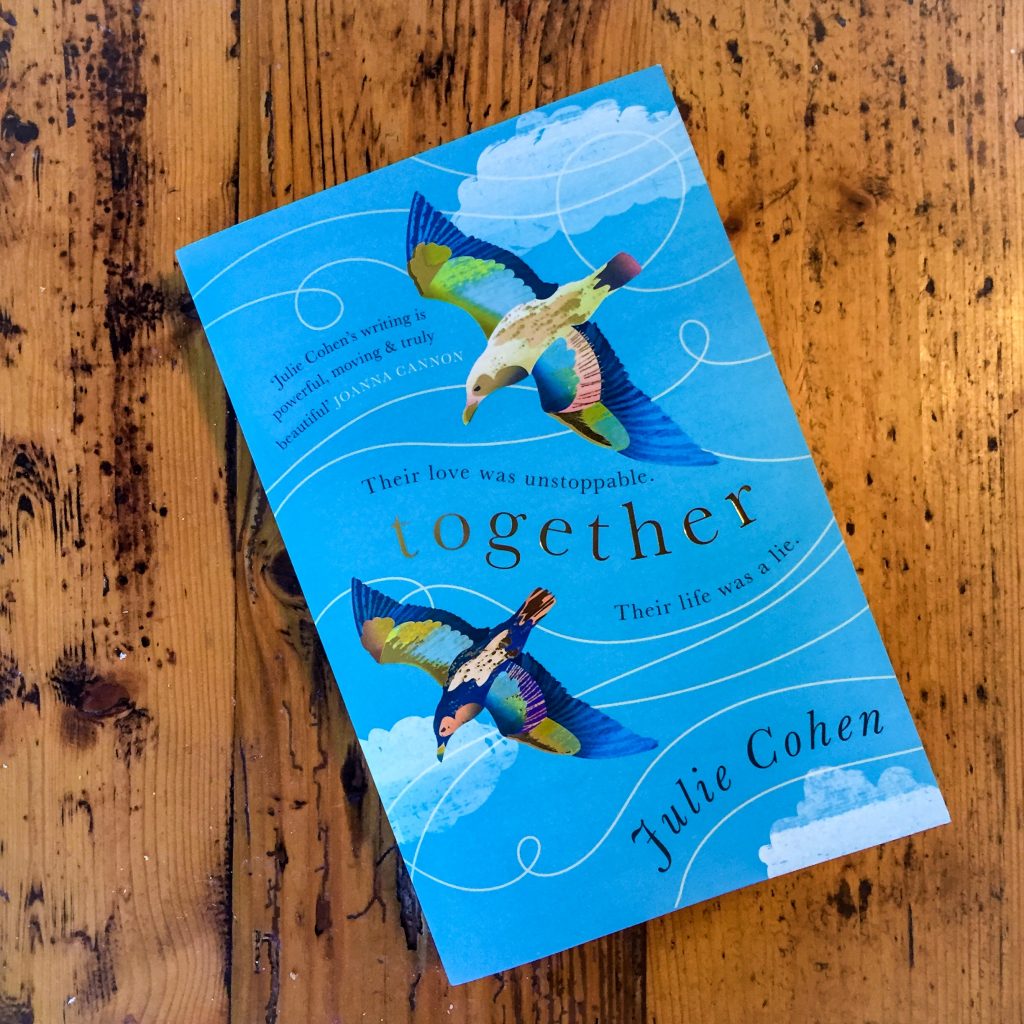 Together is a superb, compelling, beautiful love story that spans over four decades. It is about love that transcends circumstance. Robbie and Emily are in their 80s and are blissfully happy. Robbie is losing his memory – bit by bit – and decides to remove himself from Emily’s life as a favour to her. As the reader, we have no idea why he would do this. And then the story starts shifting backwards.

“She was still asleep. She hadn’t moved. He gazed down at her. Her hair had threads of silver and sunshine, her skin was soft in sleep. She was the girl he’d met in 1962; the girl he felt like he’d waited his whole life up until then to meet. He thought about waking her up to see her eyes again.”

As we read about the decades that these two characters have been with each other, we come to understand the complexities of their relationship. We come to understand their doubts and their struggles and all that they’re worried about. Emily’s family have ostracised her. She no longer speaks to her sister or her parents, and they have no wish to speak to her. We don’t know why but we know it has something to do with Robbie.

“The glass of water in his hands, the bites and powerless water. He wound back his arm and threw it as hard as he could. It disappeared into the darkness and he heard it smash on the fence. Heard the water and broken glass and ice falling to the ground.
‘I’m not going to lose another child,’ he said. ‘I’m not going to lose him.’

Together is structured so that the narrative unfolds in reverse, causing the reader to believe in the couple’s love before they know the real reason why Emily and Robbie can’t be together. If you read the origin of their love story first, you’d really believe they should be apart. But because Julie Cohen makes us fall in love with these characters before we find out the reason, we suddenly get to the end of the book and question whether the reason they were supposed to be apart was actually that bad? In Together, you can see how amazing Emily and Robbie are for each other, and how amazing their lives were together.

“Ten years had done nothing to her. She was the girl he had seen on the station concourse, the girl he had kissed in the rain, the girl who had said goodbye to him in her father’s car. Robbie’s heart paused and then it thumped two beats at once and happiness rushed through him, a physical presence more than an emotion, grabbing hold of him and stopping his movements and his breathing, the bourbon pooled in his mouth waiting to be swallowed.”

This book is filled with bittersweet emotion, as well as raw, gut-wrenching truths and three-dimensional characters who you want to devour. Emily and Robbie were once forced apart by circumstances that they couldn’t control, but they chose to reunite with each other and they chose to live together and be happy for decades to come. Despite the taboo around their relationship, they chose to sacrifice so much in order to be together.

This is a beautiful novel — so well written and so lyrical and poetic in its construction. You love the characters just as much as they love each other, and you venture through the book desperate to read every page.