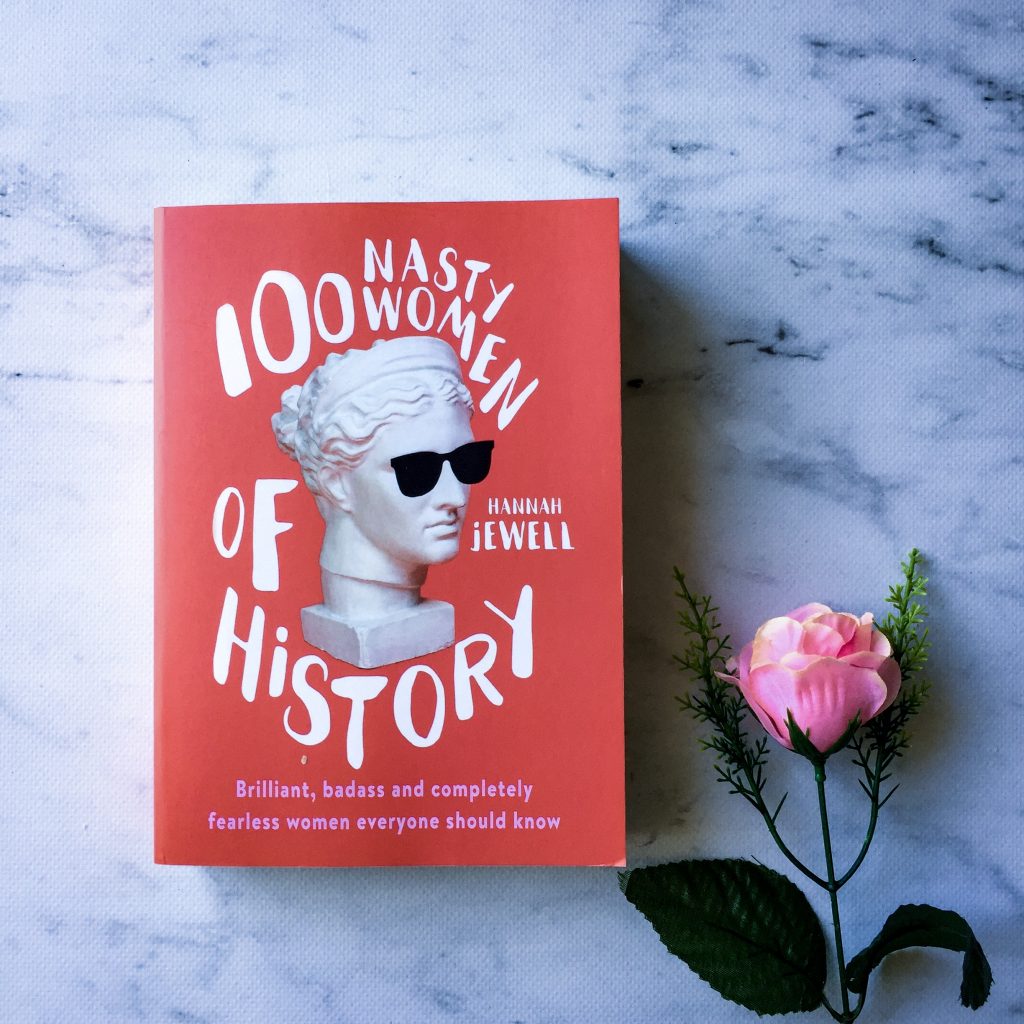 When you learn about women in history, it’s hard not to wonder: why do they all seem so prim and proper? The truth is, you’re probably not being told the whole story. Also, (mostly male) historians keep leaving out or glossing over some of the most badass women who ever walked the surface of this planet. Fake news!

But fret not. Former Buzzfeed senior writer and Washington Post pop culture host Hannah Jewell has got you covered. In 100 Nasty Women of History, Hannah will spill the tea on:

These are the 100 Nasty Women of History whom everyone needs to know about, right now.

“Wallada bint-al-Mustakfi had the good fortune to be born to the Caliph Muhammad III of Cordoba in about 994, and the even better fortune for her father to be murdered, thereby inheriting his wealth and gaining total independence.”

“You may remember Artemisia of Caria from the movie 300: Rise of An Empire, the sequel to that all-time greatest hyper-masculine wankfest of a film, 300.”

This is actually a really interesting read. There are so many women in here whose designs or actions paved the way for the future, and yet I’d never heard of them before. Some died young, some died old, but they all managed to achieve something pretty incredible before they departed this world.

I did feel like Hannah’s humour and sarcasm fell away after halfway through the book. There was definitely more wit and jokes in the first half of the book than the second, and I wish that was more consistent throughout.

“Born in 1916, Marie Chauvet was a member of the mixed-race elite of Haiti. She would host gatherings of important poets at her home in Port-au-Prince, and wrote novels addressing race, class, and gender. Her works would criticise both the corruption of the elite society to which she was party, and the brutality of the government opposed to it – so basically, she pissed everyone off.”

I’d recommend this book to feminists and other powerful women. It’d also be a great Christmas stocking filler too!