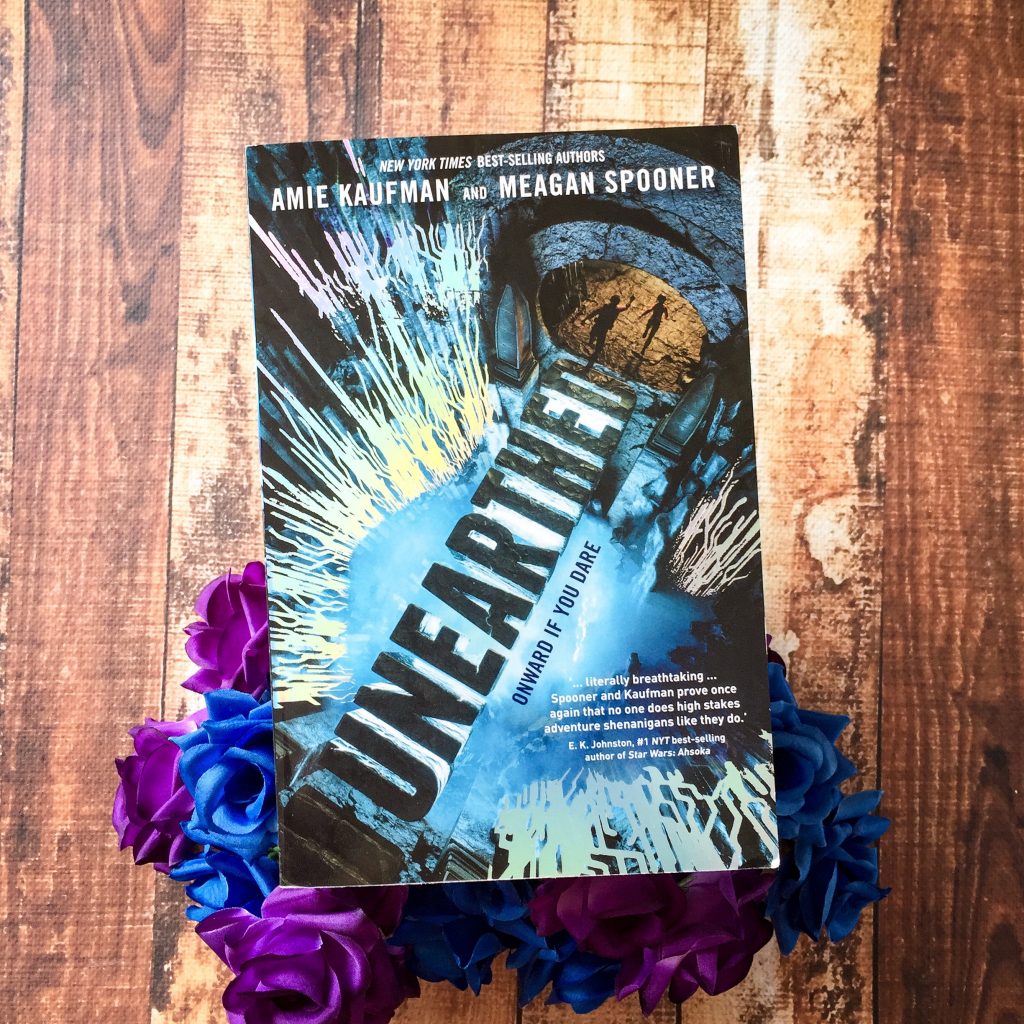 When Earth intercepts a message from a long-extinct alien race, it seems like the solution the planet has been waiting for. The Undying’s advanced technology has the potential to undo environmental damage and turn lives around, and Gaia, their former home planet, is a treasure trove waiting to be uncovered.

For Jules Addison and his fellow scholars, the discovery of an alien culture offers unprecedented opportunity for study… as long as scavengers like Amelia Radcliffe don’t loot everything first. Mia and Jules’ different reasons for smuggling themselves onto Gaia put them immediately at odds, but after escaping a dangerous confrontation with other scavvers, they form a fragile alliance.

In order to penetrate the Undying temple and reach the tech and information hidden within, the two must decode the ancient race’s secrets and survive their traps. But the more they learn about the Undying, the more their presence in the temple seems to be part of a grand design that could spell the end of the human race…

Unearthed is the first book in a brand new duology by Amie Kaufman and Meagan Spooner, described best as ‘Lara Craft and Indiana Jones teaming up in space’.

I love the setting of this novel, and how fun it was to read. This is an adventure novel set in space, but there’s also a touch of romance in there. Jules and Amelia have great chemistry, growing close over the course of the novel and working together to solve the mystery.

Both Amelia and Jules have troubled history that’s driving them to better understand this ancient alien culture. They meet in the abandoned temples of Planet Gaia — Amelia has illegally gained passage to this planet as a scavenger and she is looking for anything she can sell in order to save her sister. Jules, a young, black English archaeologist, is desperate to find and solve some of the many mysteries that Gaia holds. His father always hypothesised that there were many clues inside Gaia — clues left by the coded messages of the Undying.

“My father’s always told me that my integrity matters more than any other part of me, and he’s shown his over and over, in the face of unbearable pressure, to protect even those who don’t want his protection.”
JULES

This book is filled with plenty of riddles and puzzles, and any reader who loves solving mysteries will devour this book. Anyone who has read Amie & Meagan’s previous series will also love Unearthed. The dialogue and banter between the characters is really fun and hilarious, and the two characters compliment each other really well.

The ending of this book will have you desperate for the sequel— Amie and Meagan have done a stellar job of setting up the characters and their relationship, and drawing the reader in. We become heavily invested in their stories, and the ending of the book (no spoilers!) is such a cliffhanger that the reader will be so excited for Book 2 next year.

“I’m double-checking the bands of my climbing harness and listening with half an ear while Jules talks to himself. Every chance he gets he starts scribbling in his little journal, working through ideas aloud and staring at pictures of glyphs from his wrist unit.”

I loved that Jules and Mia were knowledgable in some really untraditional things for this genre. Physically, they’re not really strong, but they’re both really intelligent and they use things like maths, linguistics and music to solve the puzzles in the temple. It’s quite refreshing to read in this kind of setting and I really enjoyed following along as they solved the mysteries and progressed to the next stage of the puzzle.

“I lead the way for a while. Not every room in this place is a puzzle requiring Jules’ expertise, and while I can’t read the glyphs, I am starting to know what their patterns indicate. Like Jules said, the glyphs are based on math, and once I started to recognise the equation for their language, their simpler instructions – step here, don’t walk there – aren’t hard to translate.”

The plot did unfold in a rather predictable way, at some points. There were some moments where I saw what was coming next, or was unsurprised when particular moments of betrayal happened. I did feel like there could’ve been stronger world building in the book, particularly at the beginning when we first learn that Amelia and Jules are on this alien planet. At times, I felt a bit confused about the connection between this alien planet and Earth. After a while, I just pushed my confusion aside so that I could keep reading.

Overall, I really enjoyed this book and I’m really keen to see how the story ends in book two. I recommend this to fans of Amie & Meagan’s, but also YA fans and young readers who love to read thrillers and adventure novels.