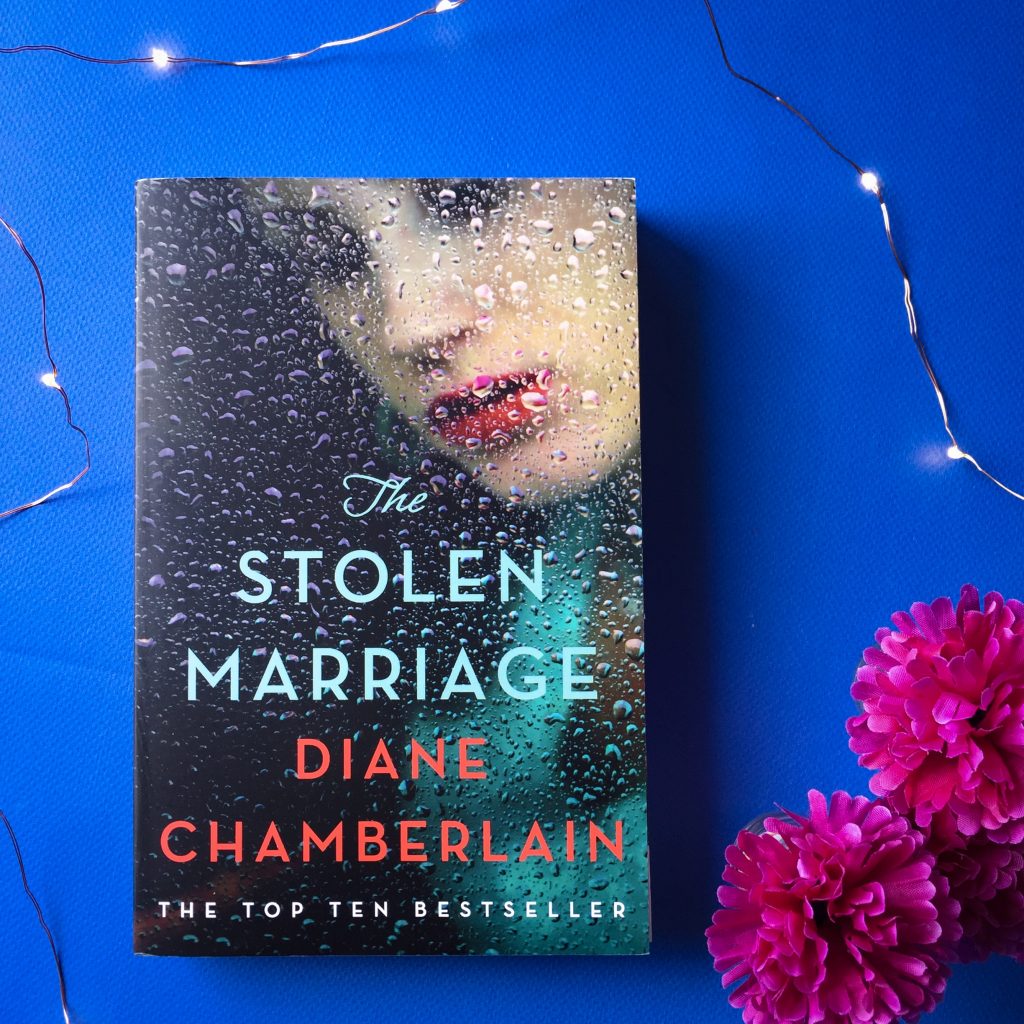 The Stolen Marriage by Diane Chamberlain is as heartbreaking as it is emotionally captivating. Steeped in history, this novel is beautifully written and so difficult to put down — I devoured it in one sitting because I was desperate to get to the end. There are so many twists in the plot, and each one was just as unpredictable and as thrilling as the last.

Diane has written such three-dimensional, wondrous characters. They’re all flawed, but likeable, and I loved reading about them. At times, Tess felt really immature and a little clueless, but given that this book is set in 1944 and Tess is only twenty-three, you can forgive her for being a little slow at times. She certainly makes some decisions that could’ve been better thought through.

“We were trapped, both of us. In early May, six weeks after I lost Andrew, Ruth insisted I return to church with the family. I’d spent the past month and a half in a fog. Dr. Poole described something for my ‘melancholia’ and it kept me numb.”

Each and every character in the book, whether they appear in five chapters or fifteen, are well thought out and very well crafted. Diane has captured their dialogue and body language really well, showing us things about their personality through their actions and not telling us simply in the prose.

The Stolen Marriage is filled with plenty of secrets and betrayals, but it also illustrates true love and the importance of sacrifice for the one you love. Tess leaves Vincent because of a terrible mistake and she wants to spare him the pain, and whilst it’s probably not the wisest decision, it does illustrate her love for him.

“In my room, I struggled to write the letter to Vincent. I cried so hard as I wrote it that I could barely catch my breath. The letter had to be cut-and-dried. A little mean. I wanted to make him angry enough to forget me.”

Diane has captured what life was like in the deep American South in the 1940s, highlighting the gender and race issues of the time and prejudice against women working or a black person dating a white person. Diane has also captured the polio epidemic very accurately, illustrating the widespread fear but also the initial ignorance about how one catches it and how it is transmitted.

Ultimately, this novel is about two characters attempting to pull themselves out of a difficult and complex situation. For one, it’s torture. For the other, it’s salvation. The novel is paced really well and the storyline and setting is really interesting. I read a lot of historical fiction novels and yet I felt like The Stolen Marriage was really unique and something I hadn’t come across before.

“I woke to the sound of muffled voices on the other side of the bedroom door. It had to be nearly five o’clock, the room filled with a dusky twilight.
“She doesn’t play bridge and I’m hardly going to put everyone in the bridge club through the agony of tutoring her,” Ruth said.
I couldn’t hear Henry’s response, though his voice sounded calm.
“She looks foreign,” Ruth said. “Like a Gypsy. Is she Italian or…?”

I recommend this to historical fiction readers, but also readers who love adult fiction. Yes, it’s embedded in history, but it’s a fantastic storyline filled with all different types of characters and friendships. I enjoyed this book a lot more than I thought I was going to, that’s for sure!