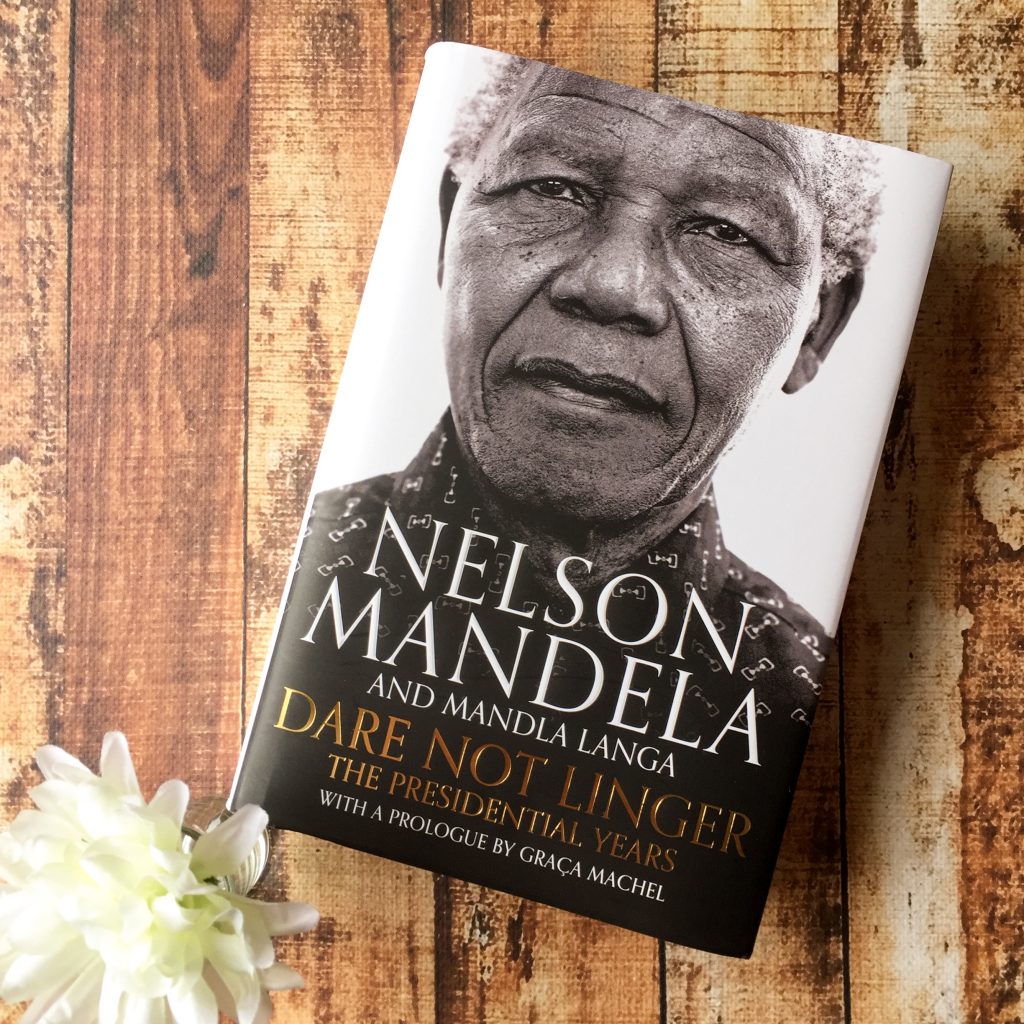 The long-awaited second volume of Nelson Mandela’s memoirs, left unfinished at his death and never before available, are here completed and expanded with notes and speeches written by Mandela during his historic presidency, making for a moving sequel to his worldwide bestseller Long Walk to Freedom.

In 1994, Nelson Mandela became the first president of a democratic South Africa. From the outset, he was committed to serving only a single five-year term. During his presidency, he and his government ensured that all of South Africa’s citizens became equal before the law, and he laid the foundation for turning a country riven by centuries of colonialism and apartheid into a fully functioning democracy.

Dare Not Linger is the story of Mandela’s presidential years, drawing heavily on the memoir he began to write as he prepared to leave office, but was unable to finish. Now the acclaimed South African writer Mandla Langa has completed the task, using Mandela’s unfinished draft, detailed notes that Mandela made as events were unfolding, and a wealth of unseen archival material. With a prologue by Mandela’s widow, Graca Machel, the result is a vivid and often inspirational account of Mandela’s presidency and the creation of a new democracy. It tells the story of a country in transition and the challenges Mandela faced as he strove to make his vision for a liberated South Africa a reality.

Dare Not Linger began as Nelson Mandela’s unfinished handwritten memoir and was completed by South African novelist Mandla Langa. Because of Mandela’s age and ill health, he was unable to finish his manuscript and he died in 2013. But now in 2017, the sequel to Long Walk to Freedom has finally been finished and published.

This memoir details Mandela’s five years as South Africa’s president after the collapse of apartheid — it begins just as he is leaving prison after spending 27 years incarcerated for fighting white minority rule. In 1994, he became South Africa’s first democratically elected President. He pledged that he would only serve for five years.

“Mandela’s personal warmth towards people from all walks of life, from gardeners, cleaners, clerks and typists to those in the most senior roles, did not go unnoticed. Those who came across him in the course of their work describe him as generous, self-effacing and easy-going: a man who knew how to be an ordinary person.”

Mandela wrote 10 chapters of his memoir, and Mandla was brought in to write the remaining chapters. Mandla used a lot of research, interviews and notes to complete the book, managing to bring the rest of Mandela’s story to the page.

Dare Not Linger allows for Mandela’s thoughts on certain political matters – which weren’t previously known – to come to the forefront. He had a strained relationship with former president FW de Klerk, and reading the book allows us to see just how frustrated Mandela was. We also learn about Mandela’s marriage breakdown with Winnie Mandela, and the strain that this put on Mandela’s role as the President.

I did feel like this book was rather dense, and at times I found it a struggle to read. The reader does have to have some sort of understanding about South African politics in order to understand the references in the book, and sometimes I felt like parts of the book were just going over my head.

“Mandela’s tendency to canvass for views outside conventional circles was perhaps controversial. He didn’t hesitate to call to a meeting anyone he deemed suitable to throw light onto a subject…this gravitational pull towards people was mutual; people from all corners of society wished to interact with him and vice versa.”

Mandela was a fantastic communicator, and at times, friend. He was grateful for what he had — he insisted on making his own hotel bed, and he always cleaned his own shoes on a plane. Whilst his personality doesn’t really come through in his memoirs, it is external observations of him that allow us to get a sense of who Mandela really was. He was comfortable with forgiveness, and generous in his teachings.

“I have discovered the secret that after climbing a great hill, one only finds that there are many more hills to climb. I have taken a moment here to rest, to steal a view of the glorious vista that surrounds me, to look back on the distance I have come. But I can rest only for a moment, for with freedom comes responsibilities, and I dare not linger, for my long walk is not ended.”

This book is dense and requires a fair bit of effort to read. I only recommend this to readers who are genuinely interested in his presidential years (because that’s really all this book covers – it rarely talks about anything else but politics). Overall, it’s really inspiring to read this because Nelson Mandela was a truly unique leader.