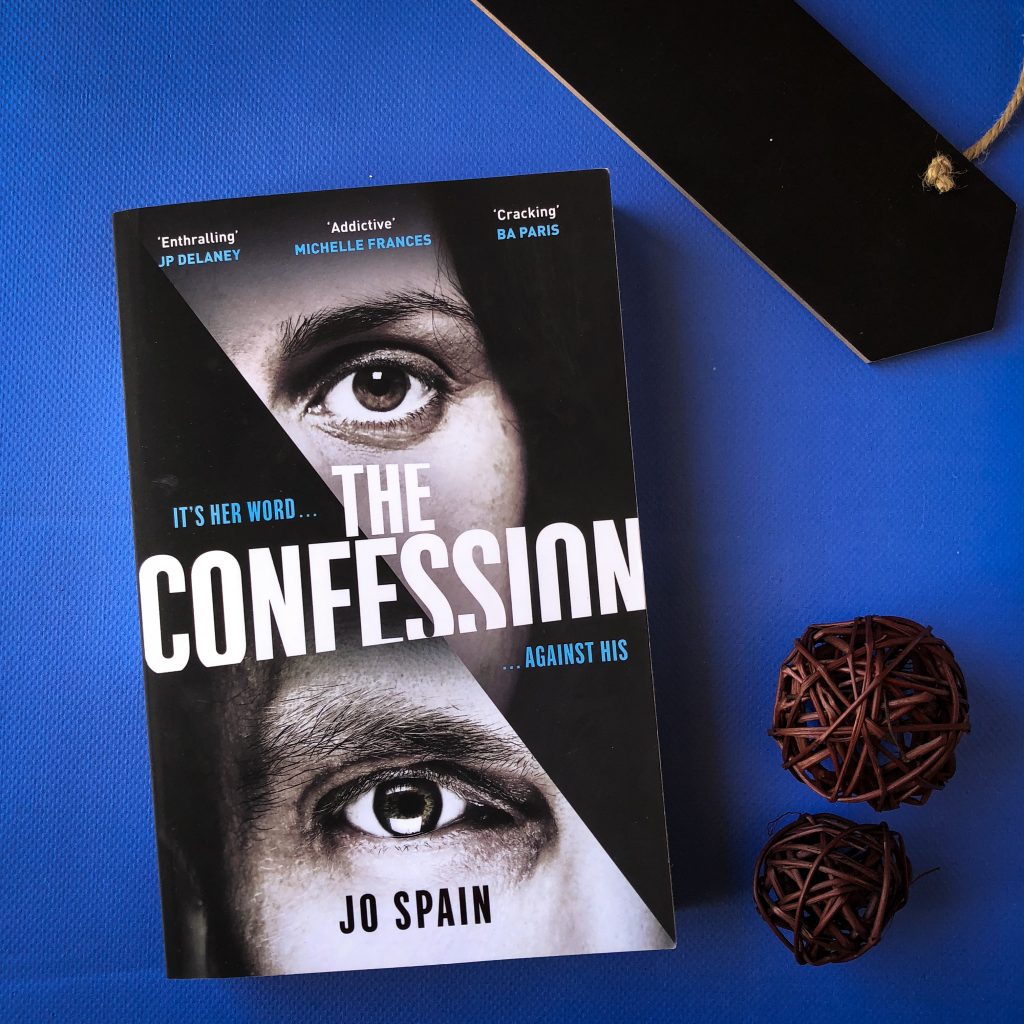 You find out who did it on the very first page.On the last page, you’ll find out why.

Late one night a man walks into the luxurious home of disgraced banker Harry McNamara and his wife Julie. The man launches an unspeakably brutal attack on Harry as a horror-struck Julie watches, frozen by fear. Just an hour later the attacker, JP Carney, has handed himself in to the police. He confesses to beating Harry to death, but JP claims that the assault was not premeditated and that he didn’t know the identity of his victim.

With a man as notorious as Harry McNamara, the detectives cannot help wondering, was this really a random act of violence or is it linked to one of Harry’s many sins: corruption, greed, betrayal?

The Confession by Jo Spain is an absolute page turner — a gripping psychological thriller that will leave you guessing for the entire book.

This book is not about trying to discover who committed the crime; it’s about discovering why they committed the crime. The reader ventures into the story knowing everything about the present. Harry is a disgraced banker and together, he and his wife Julie hold many secrets. And then JP bashes Harry late one night and it seems like it was for no reason.

Over the course of the novel, we are thrown into both the past and the present. We are taken back years to when Julie and Harry first met, and we discover all about their marriage troubles and Harry’s indiscretions and the crimes he committed whilst the CEO of his bank.

In the present, Alice is the detective assigned to the case and she’s having trouble believing that JP’s assault was not premeditated. She delves deeper into Harry’s past in an attempt to uncover his secrets.

The plot and structure of the book allows for an addictive read. Just when you’re reading about Harry and Julie’s wedding and the suspicious activities going on, you’re then thrust back into the present where Alice is uncovering evidence about the attack. The way this book is written means that I was desperate to keep going, and eager to get to the end of each thread to find out what happened.

“Toby was wrong. Harry wasn’t back within the week. I let him stew for a whole month…I was consumed with guilt but too full of self-pity and heartbreak to do anything about it.”

None of the characters in this book are likeable. Harry is manipulative and controlling. He may never physically harm Julie, but he does mentally. He is incredibly conniving, lying to her and twisting his words. He also encourages her to work less so that they can spend more time together, but then he isn’t home with her and she has to spend a lot of time alone. Additionally, Julie struggles to get pregnant for the years that they are together and Harry grows incredibly distant. Soon, Julie grows paranoid and becomes an alcoholic.

Julie is a weak character. She is portrayed as a person who has been so manipulated by her husband that she chooses to turn a blind eye to his bad behaviour. However, I felt like the characterisation wasn’t really there. Instead of really showing us how Julie has been brainwashed by Harry, Jo Spain tells us through Julie’s internal monologues. There’s a point in the novel where it’s really obvious that Harry is cheating on her and yet Julie decides not to witness it because once she witnesses it, then it becomes real.

“I knew I was being a coward, but I couldn’t bear physical witness to my husband cheating. I’d wait until he came back and confront him,once I’d got everybody out of the house. Once I’d summoned up the courage.”

As you can guess, she never really does confront him. She prefers to act blind to it, even though this doesn’t fit the character she was first introduced to us as. At the beginning of the novel, she’s portrayed as a strong character who refuses to be pushed around. But there seems to be no transition into this weak, timid character. Straight away, she’s being cowardice and it makes no sense to the reader. It’s actually incredibly frustrating. And then Julie says things like this and I realise she’s actually my least favourite character in the entire book:

“She’s not an ugly woman, I realize, despite her pear shape. Her hair is awful, sure. Greasy and thin, an insipid brown scraped back in a severe, unforgiving ponytail. But her face is very pleasant.”

I definitely think the second half of the book is stronger than the first half. Until about midway through the book, the reader is still blind to a lot of things, so I felt a little in the dark. Plus, Julie is so unlikable and at times I wish she were the one who was attacked. But as you read the second half of the book and Harry’s manipulation grows and Julie’s state of mind fractures even further, the details of JP’s history comes to light. We start to understand why he was there that night and how his life intersected with Julie and Harry’s. And the ending is rather satisfying.

I read this book in a matter of days. Once I’d hit that turning point halfway through the novel where things started to fall into place, I was desperate to get to the end. If you love crime and thriller novels, then you’ll love this. Just be warned: you won’t warm to any of the characters and Julie is just as frustrating as she is naive.