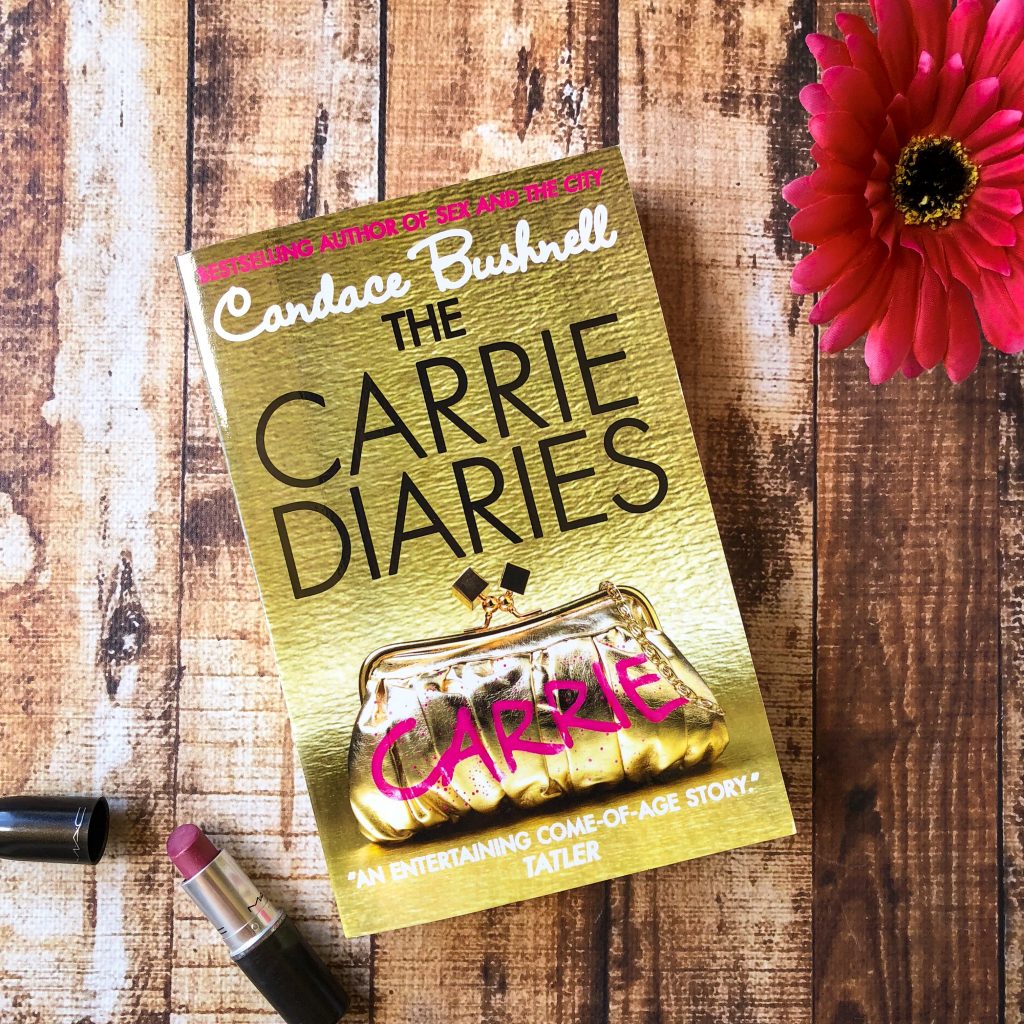 Before Carrie Bradshaw hit the big time in the City, she was a regular girl growing up in the suburbs of Connecticut. How did she turn into one of the most-read social observers of our generation?

The Carrie Diaries opens up in Carrie’s senior year of high school. She and her best friends — Walt, Lali, Maggie, and the Mouse — are inseparable, amid the sea of Jens, Jocks and Jets. And then Sebastian Kydd comes into the picture. Sebastian is a bad boy-older, intriguing, and unpredictable. Carrie falls into the relationship that she was always supposed to have in high school-until a friend’s betrayal makes her question everything. With her high school days coming to a close, Carrie will realize it’s finally time to go after everything she ever wanted.

The Carrie Diaries by Candace Bushnell is a novel about Carrie Bradshaw before Sex and the City. It’s a fun, entertaining novel about her final year of high school when friendships are tested and relationships threaten to break down all that Carrie has built.

This book is set during that time in a teenager’s life when they have to figure out what they want to do after they complete school. Carrie wants to be a writer, but she’s been rejected from a summer writing seminar that she desperately wanted. She doesn’t want to stay in Connecticut, instead, wanting to explore the big cities and feel like she’s meant for something more.

Don’t get me wrong — you don’t need to be a Sex and the City fan to read this book. It’s a standalone novel, and completely separate from the series. So anyone can read it.

“I spot Walt behind the counter by the grill. The only other customers are three teenage girls with hair dyed in multiple hues of pink, blue and green. I nearly walk past them when suddenly I realise that one of these punks is my sister.”

I’m not sure what I was expecting going into this, but this was one of my favourite reads from the past year. I read it on holiday, and this is such a fun, fluffy book but it’s also incredibly well-written with plenty of depth and relatable characters. Even though this is set in America, I recognised some of my own high school experiences in this book.

“I understand her despair. Maggie is one of the millions of kids out there who have no idea what they want to do with their lives — like Sebastian, I suppose, and Lali.”

At times the plot did feel a little unrealistic and absurd, but the friendships are really developed and the dialogue is realistic and the characters are relatable. Anyone who is creative and has a dream of pursuing that will be able to relate to Carrie. Any girl who has gone to high school or has dated a guy that wasn’t really right for them, will also relate to Carrie.

The Carrie Diaries is very dialogue driven, with plenty of characters in every scene. I recommend this to teenagers, but also fans of chick lit, romance, or fans of the TV show.