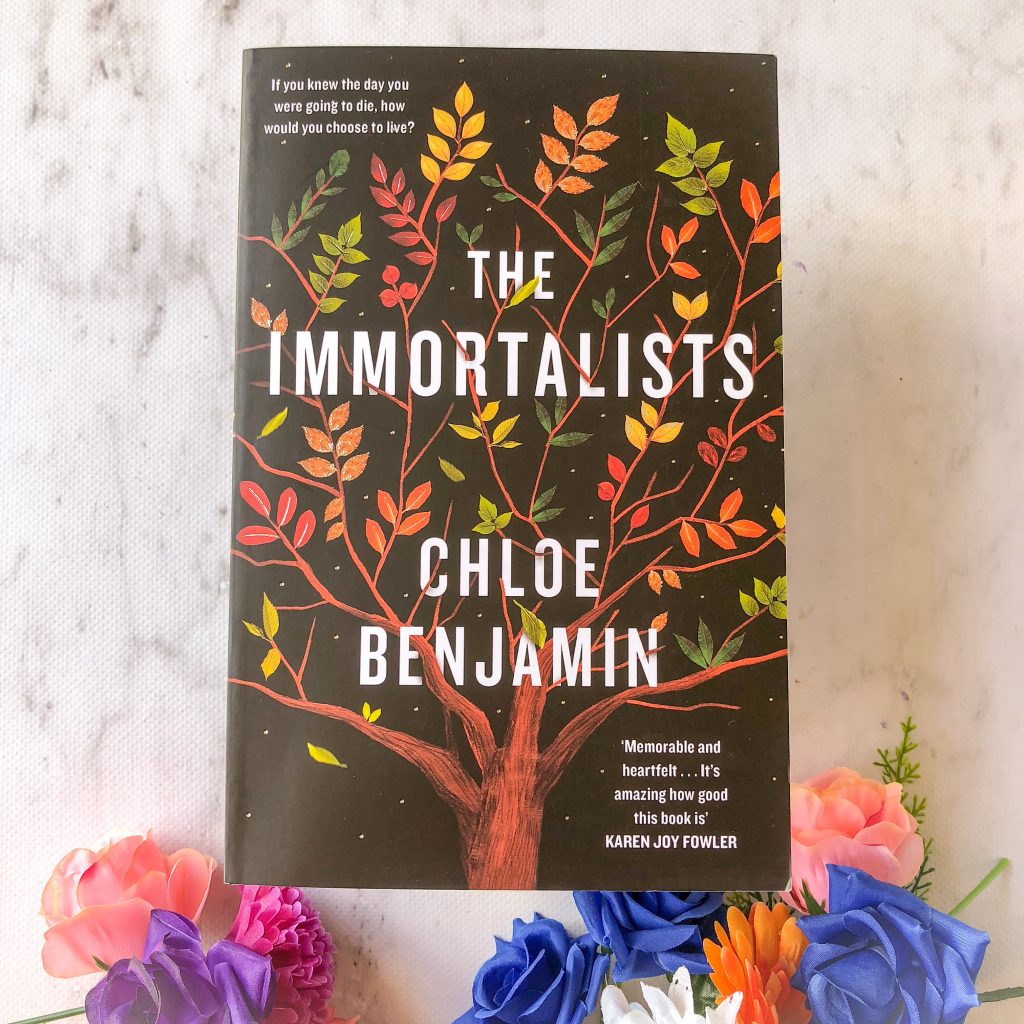 The Immortalists by Chloe Benjamin is a literary fiction novel that follows four siblings after they learn the exact date of their deaths.

Words can’t express just how much I loved this book. The writing reminded me of A Little Life by Hanya Yanagihara — Chloe Benjamin moves between time so effortlessly that the reader doesn’t even realise she’s doing it. In one paragraph, we’ll be reading about Klara’s life while she’s a teenager, and then suddenly she’s a few years older and the transition was so smoothly written.

Additionally, Chloe Benjamin juggles these four characters with such ease. Yes, each section of the book focuses on a different sibling, but that doesn’t mean the others aren’t present. During Simon’s life, he and Klara are very close and she’s in the storyline a lot. And yet, at no point is it confusing. At no point am I overwhelmed by the plot.

“Fourteen years later and ten states east, Daniel enters the Hoffman House to meet Eddie again…Like Eddie, Daniel is at least twenty pounds heavier than he was in 1991. Like Daniel, Eddie must be nearly fifty, if he isn’t fifty already.”

I devoured this book. I knew what was going to happen, and yet, I was desperate to get through to the end of each of their storylines. This is a book to be savoured, but it’s also a book to marvel.

It’s so common to read a literary fiction novel that’s either plot-driven or character-driven. The Immortalists was the perfect blend of both, drawing me deep into each character’s life but also filling me with dread because I am aware of their inevitable death.

“At his wedding, when he looked into the audience and saw only Gertie and Varya, something snapped in his heart like a branch. That Klara and Mira never met remained one of the biggest regrets of his life.”

Despite how much I adored this novel, I didn’t love Varya’s storyline. I found it kind of boring and completely dependent upon her career, whereas the other sections of the book heavily focused on the characters and their own thoughts and fears and their own concerns. Finishing the novel with Varya’s story felt like a letdown.