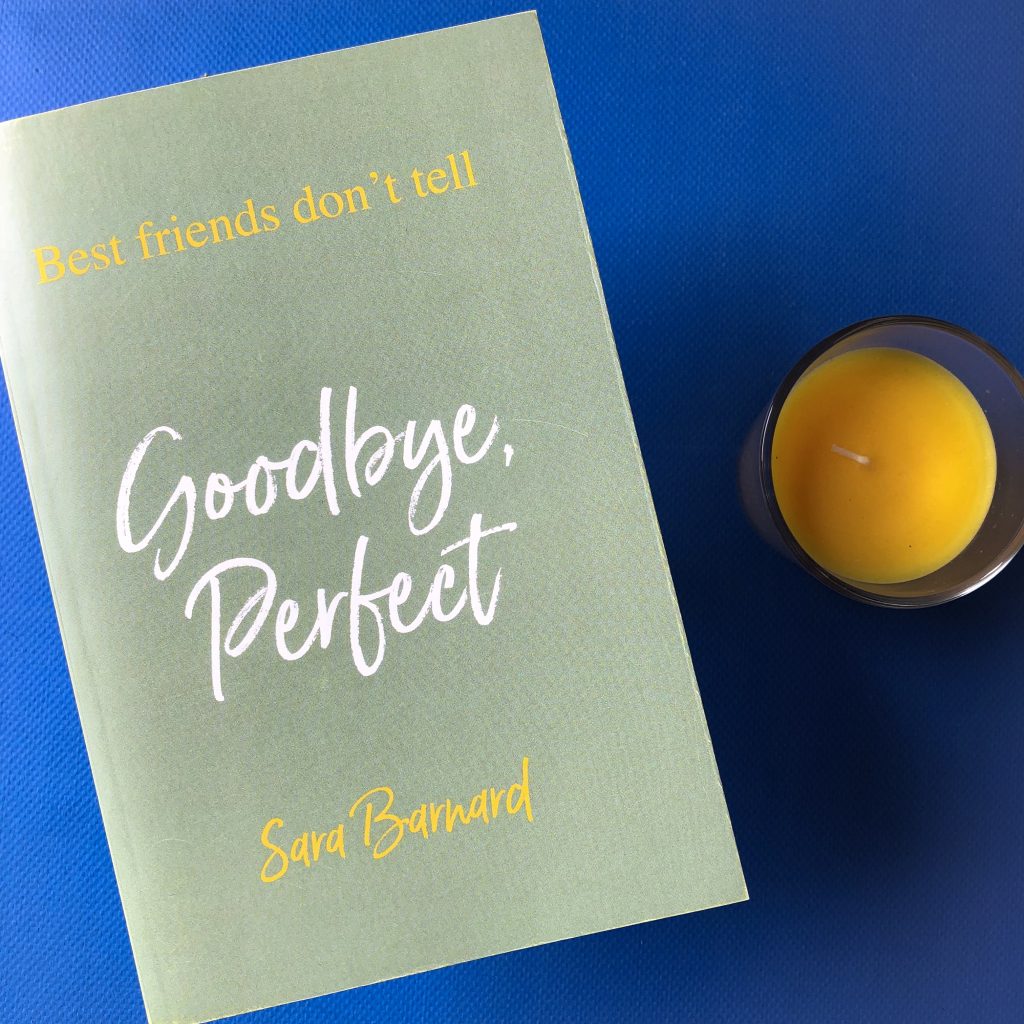 Eden McKinley knows she can’t count on much in this world, but she can depend on Bonnie, her solid, steady, straight-A best friend. So it’s a bit of a surprise when Bonnie runs away with the boyfriend Eden knows nothing about five days before the start of their GCSEs. Especially when the police arrive on her doorstep and Eden finds out that the boyfriend is actually their music teacher, Mr Cohn.

Sworn to secrecy and bound by loyalty, only Eden knows Bonnie’s location, and that’s the way it has to stay. There’s no way she’s betraying her best friend. Not even when she’s faced with police questioning, suspicious parents and her own growing doubts.

As the days pass and things begin to unravel, Eden is forced to question everything she thought she knew about the world, her best friend and herself.

Goodbye, Perfect by Sara Barnard is a young adult novel that explores friendship, growing up, and inappropriate relationships.

When Eden finds out that her best friend Bonnie has run off with their music teacher, she is both confused and shocked. Bonnie tells her everything, but she didn’t tell her this? For most of the novel, Eden struggles to grapple their friendship (or what she remembers of their friendship). Eden doesn’t understand why Bonnie would make this huge — and very wrong — decision and not even tell her about it beforehand. And yes, it seems selfish at times that Eden is really only thinking about herself in this situation, but Eden is a teenager and teenagers can be selfish at times.

“I go up to my room and sit on my bed for a while, turning my phone over in my fingers, trying not to think about Bonnie. Her absence and silence today is, in a weird kind of way, more unsettling than anything that’s happened so far this week, and thinking about it makes me feel nauseous.”

Goodbye, Perfect also explores the relationship between Eden and her older sister Valerie. Valerie appears to be perfect in every sense. She’s smart, good-looking and excels at everything. Eden barely passes her exams, and doesn’t want Valerie around making her feel inferior.

I actually think Sara did a really great job of portraying this relationship. Sibling relations can be so tricky to illustrate in fiction without it seeming overdramatic, but I was able to relate to this part of the book. The relationship between the two sisters seemed authentic and realistic.

“I can tell that she’s sceptical but trying not to show it, her mouth twitching with the I’m-so-much-older-and-you’re-just-a-teenager smirk that is so endlessly annoying.”

Goodbye, Perfect is really dialogue-heavy, but it is a quick read. At only two hundred pages, a lot of frequent readers will get through this is one or two sittings.

I also think the ending was rather rushed, and there was no real resolution to the story. It’s hard to explain any further without giving away spoilers, so I’ll just leave it at that.

I recommend this to young readers, between 12-14. I definitely think this falls to the ‘young’ end of the YA readership, because the dialogue and the interactions between the teens seem quite immature and there’s a lot of texting and over exaggerated dialogue that felt more reflective of young teens rather than older teens.