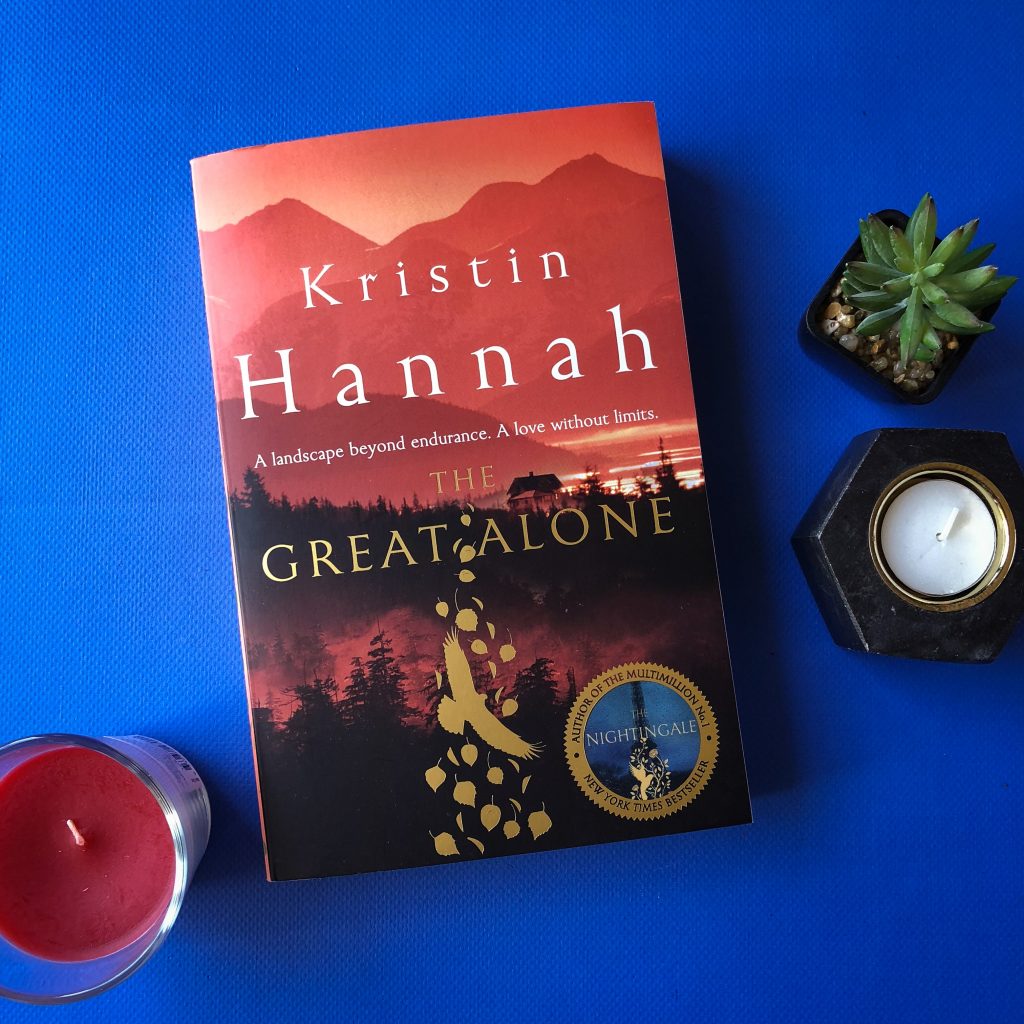 1974. Ernt Allbright, a former POW, comes home from the Vietnam war a changed and volatile man. When he loses yet another job, he makes an impulsive decision: he will move his family north, to Alaska, where they will live off the grid in America’s last true frontier.

Thirteen-year-old Leni dares to hope that a new land will lead to a better future for her family. She is desperate for a place to belong. Her mother, Cora, will do anything and go anywhere for the man she loves, even if it means following him into the unknown.

At first, Alaska seems to be the answer to their prayers. In a wild, remote corner of the state, they find a fiercely independent community of strong men and even stronger women. The long, sunlit days and the generosity of the locals make up for the Allbrights’ lack of preparation and dwindling resources.

But as winter approaches and darkness descends on Alaska, Ernt’s fragile mental state deteriorates and the family begins to fracture. Soon the perils outside pale in comparison to threats from within. In their small cabin, covered in snow, blanketed in eighteen hours of night, Leni and her mother learn the terrible truth: they are on their own. In the wild, there is no one to save them but themselves.

The Great Alone is — at its core — about a troubled Dad who takes his family into the wild Alaskan terrain to live. However, underneath all that, it’s about a family struggling to mend. It’s about a wife who loves her husband despite his demons. It’s about a daughter who must learn to follow her own path, despite knowing that it will have disastrous consequences.

This is a literary fiction novel about family and survival. It’s emotional, rich and unforgiving, with characters you fight for and a setting that you marvel. Leni’s family learn to survive the harsh winters in Alaska, but with the dark nights and cold temperatures comes another threat — from within the home.

“This time was bad, I’ll admit, but it scared him. Really. It won’t happen again. He’s promised me.”
Leni sighed. How was Mama’s unshakable belief in Dad any different than his fear of Armageddon? Did adults just look at the world and see what they wanted to see, think what they wanted to think? Did evidence and experience mean nothing?

The secondary characters in this novel are just as fantastic to read. The other residents in this small town support Leni’s family and help them prepare for the winter. They help Cora and Leni stand up against Ernt, who grows more volatile as the novel progresses. The reader relishes in the relationships that Leni forms, particularly with characters such as Large Marge and Tom Walker.

The Great Alone explores domestic violence, but in a very unique setting. Leni and her family live in a one-room log cabin, and when Ernt grows violent and starts beating Cora, it’s impossible for Leni not to witness it. She urges Cora to leave Ernt, but Cora loves him too much. She refuses to talk about what happens and she refuses to press charges. And so the winters roll on and Ernt grows more abusive. Leni grows up witnessing the horror of domestic abuse.

Leni knew what her father had done and the vandalism revealed a new side to his rage. It terrified her that he had done such a public thing. Ever since Mr. Walker and Large Marge had first sent Dad to the pipeline for the winter, Dad had been on his guard.

As Leni grows older, she wants to have a life of her own. She wants to fall in love, study, maybe start a family. But as her father grows more closed off and refuses to let her have a social life, she realises how difficult this will be. She wants to leave, but she knows she can’t leave her mother behind. For a while, she tries to juggle everything in secret. She pursues a relationship, whilst also standing by her parents and watching as her Dad builds an actual wall around their cabin. Soon, Leni becomes isolated, and the tension within the family and the town escalates.

This novel will appeal to readers both young and old. This is about a family navigating a difficult time in their lives, but this is also a coming of age story. Leni starts the novel as a thirteen year old, and by the end, she’s in her twenties. The reader follows Leni as she grows older, continues her learning, falls in love, and ventures off into the world to pursue her own path. There is both happiness and disaster in Leni’s life, and the reader follows it all. At times, this novel will have you smiling. At times, it’ll have you feeling dread.