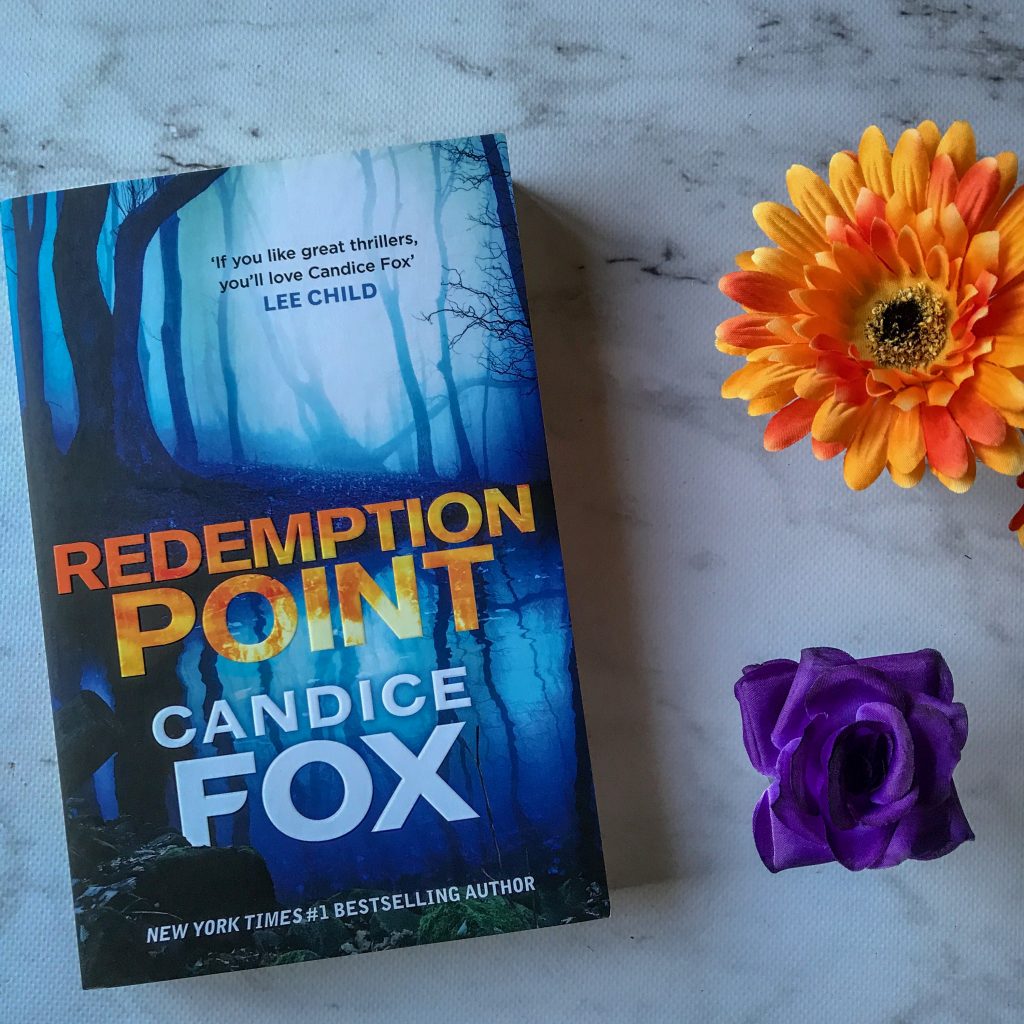 In a dark roadside hovel called the Barking Fog Inn, the bodies of two young bartenders lie on a beer-sodden floor. Only the night-time animals in the surrounding forest were close enough to hear their screams.

For Ted, a new case serves as a welcome distraction from his fight to clear his name over the abduction of a teenage girl.

For all three, the hunt for the truth will draw them into a violent dance with evil. Redemption is certainly on the cards – but it may well cost them their lives…

Redemption Point by Candice Fox is a crime novel set in Far North Queensland in Australia. The novel follows on from the events in Crimson Lake, after Ted Conkaffey has been released from prison and has returned to work as a police detective.

And for any reader out there who has read Crimson Lake but your memory has faded, there is plenty of information dropped into the book that will help you jog your memory just in case it’s been a while since you finished the last book.

“Three or four weeks after I was arrested for Claire Bingley’s sexual assault and attempted murder, my wife gave up on me. She surrendered to the relentless pursuits by 60 Minutes and gave them an interview distancing herself from me, stopped visiting me as often in remand, stopped appearing in the gallery at my committal hearings.”

Redemption Point is a crime novel that offers relief from the usual tropes found in this genre. Amanda Pharrell is as bizarre as she is skilled, and her comic dialogue is entertaining for the reader. Ted Conkaffey is working hard to clear his name of rape and attempted murder, whilst also working to solve the murder of two young people in a bar. He is wounded, but also defiant.

“I’d watched Dale looking over the pages for a little while, knowing exactly the kind of dark thoughts that were swirling through his brain. It’s a shock to learn for the first time that there are far more sex offenders around in polite society than the newspapers report.”

Claire’s father Dale hunts down Ted, but then when he realises that Ted may actually be innocent, the two of them pair up to try and find the real perpetrator. And in addition to this, interwoven throughout the book are first-person diary entries from the real criminal, Kevin.

With this many layers to the book, it’s almost impossible for the reader to be bored.

“Dear Diary,
I walked to Penny’s front door with the dog in my arms like a peasant come to put an offering before my queen. I remember the feeling of her, warm and struggling against my chest, a young dog who just wanted to explore the new sights and smells of the front of the house.”

I do think that the weakest element of this book was actually the investigation into the murder of the couple in the bar. It was still entertaining to read, but I was far more interested in Kevin’s story and Ted’s partnership with Dale.

Crime fiction readers will love Redemption Point; they’ll love the characters that Candice Fox has crafted. The novel is thrilling and maintains the interest of the reader and entices them to keep turning the page. Redemption Point is punchy and pacy.