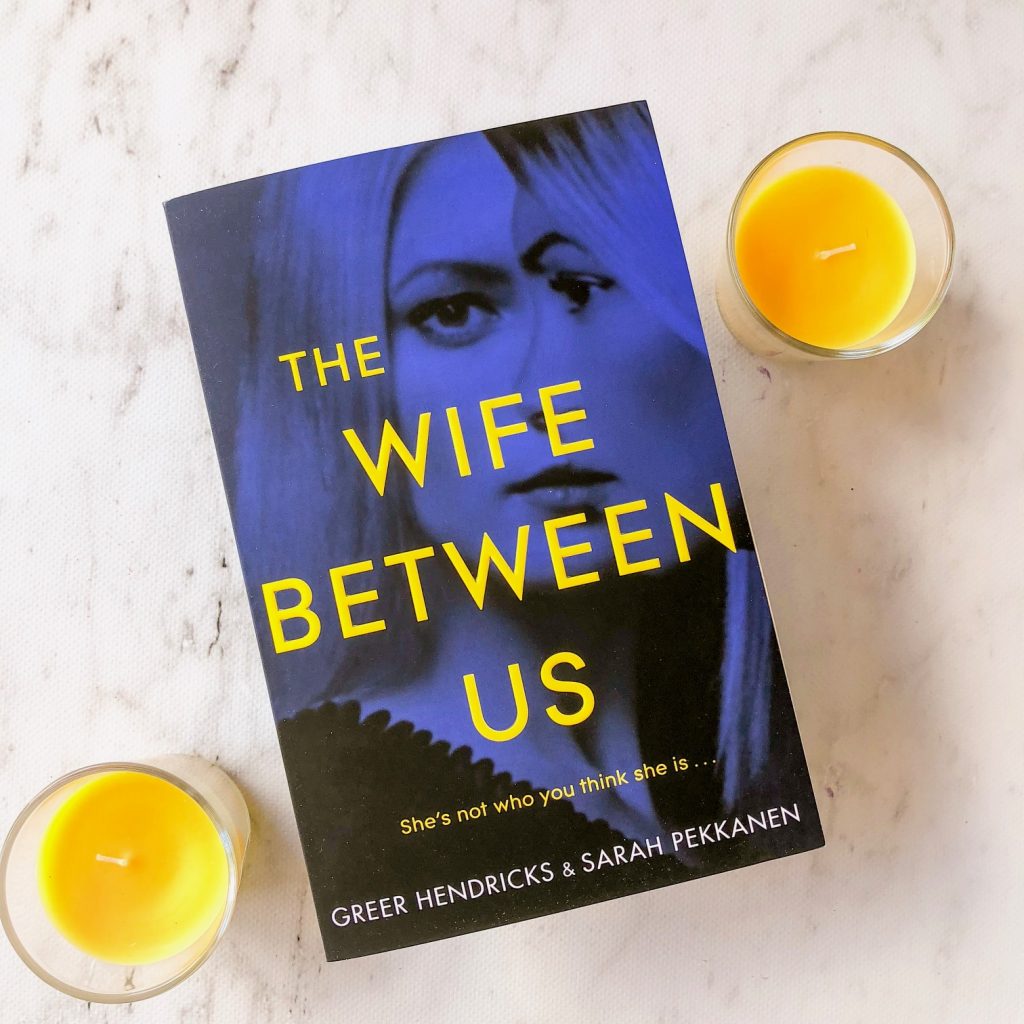 When you read this book, you will make many assumptions.

You will assume you are reading about a jealous wife and her obsession with her replacement.

You will assume you are reading about a woman about to enter a new marriage with the man she loves.

You will assume the first wife was a disaster and that the husband was well rid of her.

You will assume you know the motives, the history, the anatomy of the relationships.

The Wife Between Us by Greer Hendricks & Sarah Pekkanen is a chilling novel about the complexities of marriage and what we fail to see when we’re so blinded by love.

Vanessa Thompson has recently split from her husband, hedge fund manager Richard. She is devastated to hear that he’s now engaged to the woman he left her for. She’s a bit of a mess. She can’t seem to hold a job, she’s living with her Aunt, and she’s obsessed with Richard’s new fiancé. Vanessa becomes so obsessed with Richard’s fiancé that she starts to stalk the two of them. And then just when the reader feels like they understand what’s going on, the story starts to twist and turn and you realise that what you thought you knew was wrong.

“I hurry across town, ignoring the man who tries to shove a flyer into my hand. My legs feel shaky, but I press on toward the entrance to Central Park…Maureen is probably at the restaurant by now. Richard would have ordered a nice wine; savoury bread would be placed on the table. Perhaps the three of them are clinking glasses, toasting to the future.”

This novel is not what it seems, with more surprises than I thought there would be. Vanessa is broken; Richard’s new girlfriend is hopeful, happy and in love. The two characters seem to be pretty stereotypical at first, Vanessa being the bitter wife and the new girlfriend being the victim.

I won’t give anything away, but I will admit that I guessed the first twist. About halfway through the novel, the reader realises something about these women, and I saw it coming. Not because of the writing, though. Greer and Sarah have done a marvellous job of weaving this tale. I saw the twist coming because of the blurb (above). The way the book is described means that I was on the lookout for any way that this plot could be misleading. And as a result, I was able to guess one of the major twists within the first couple of chapters.

“This is good.”
“I remembered you told me once lamb vindaloo was your favourite dish.”
“I said that?” Richard bent his head to take a forkful of rice.
I’d felt puzzled. Hadn’t he?

Greer & Sarah have done a great job with the pacing, keeping the reader on the edge of their seat and enticing us to turn every page hastily. I was desperate to find out how they would wrap up the book, and I found it rather satisfying.

This is a quick read, with short chapters and a lot of shifting back and forth in time. Interwoven throughout the books are flashback scenes so that we come to understand why Vanessa’s marriage to Richard ended so abruptly. After a series of failed attempts at conceiving a child, their marriage deteriorated and Vanessa started drinking a lot and Richard ended up having an affair and leaving her.

The Wife Between Us reminded me of The Girl on the Train, and just like with that book, any reader who picks up this book will have no trouble following the story. The Wife Between Us is haunting and harrowing. All of the characters are flawed, and we are also dealing with an unreliable narrator so the reader has to work hard to determine what is real and what is fake. All of this allows for an addictive read!

I recommend this to readers of crime and thriller fiction. But if you’re a frequent reader of that genre you may see the twist coming like I did, so perhaps don’t think too much of the blurb or the twist will be spoiled for you as well.