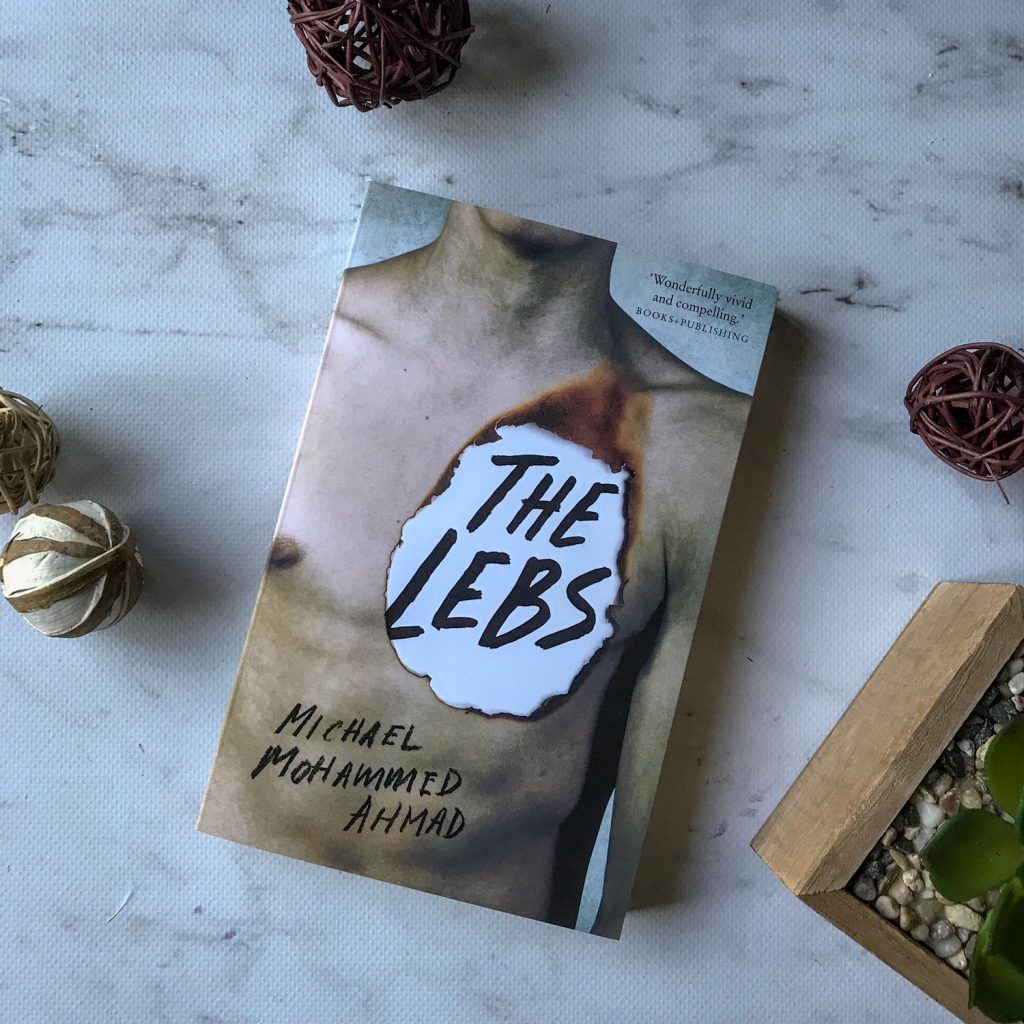 As far as Bani Adam is concerned Punchbowl Boys is the arse end of the earth. Though he’s a Leb and they control the school, Bani feels at odds with the other students, who just don’t seem to care. He is a romantic in a sea of hypermasculinity.

Bani must come to terms with his place in this hostile, hopeless world, while dreaming of so much more.

The Lebs by Michael Mohammed Ahmad is a coming of age novel set in Punchbowl, Sydney.

This is an adult novel, but it would still be very relatable for teenagers — particularly males. It’s mostly set within a high school, and explores the relationship between Bani and his friends, and some of the girls that he meets over the course of the year.

The novel is saturated with swearing and adult themes, so I’d definitely set a 15+ age recommendation on the book.

The Lebs explores themes of race, gender, sexuality and identity, all through the telescope of male teenagers. It’s set in the wake of September 11, when most Muslim and Arabic men are labelled terrorists or rapists. The novel highlights racism in Australia, and would be particularly eye-opening for white readers.

The dialogue is sharp and blunt, and Michael Mohammed Ahmad has done a great job of really painting all of these characters through their dialogue. There are a lot of scenes featuring a large number of teenage voices, and I think the author did well to differentiate them so that the reader doesn’t get too confused when reading.

“I look onto Osama and Shaky, and they lock onto me, and onto one another, a triangle of thorns. I hear the thoughts transmitting through their gaze, telling me that this isn’t the girl from the plays we learn at school; this is the girl from the news, the girl who sends us to prison.”

The writing in this book almost feels like stream of consciousness — long sentences with very little punctuation and a real concentration is needed in order to follow what’s going on.

At first glance, not much actually happens in the book. Sure, Bani talks about his friendships and his first girlfriend and then we read as he joins a multicultural arts program. But at its core, there doesn’t seem to be a message or a theme or any kind of meaning. It’s just, meaningless teenage stuff in Punchbowl?

And then I realised, that’s the point of the book. This is about Bani navigating his school year and all that’s going on, and the reader getting a real insight into life as a student at a school where no one really seems to care about much and life is rife with hyper-masculinity.

‘Bani Adam thinks he’s better than us!’ they say over and over until finally I shout back, ‘Shut up, I have something to say!’

They all go quiet and wait for me to explain myself, redeem myself, pull my shirt out, rejoin the pack. I hold their anticipation for three seconds, and then, while they’re all ablaze, I say out loud, ‘I do think I’m better.’

I’m glad that this novel is only 250 pages, because if it were any longer I would’ve lost interest. The plot and the narration starts to drag a little towards the end, and I wasn’t as absorbed in the storyline and the characters as I thought I would be. This isn’t really my favourite book, but I still followed along and finished the story.

This book would appeal to Sydney-siders, or young teenage boys looking for a story they can relate to. Literary fiction readers might find some of the content quite confronting, but the lyricism and poetic flow of the book will probably intrigue them enough to enjoy the read.