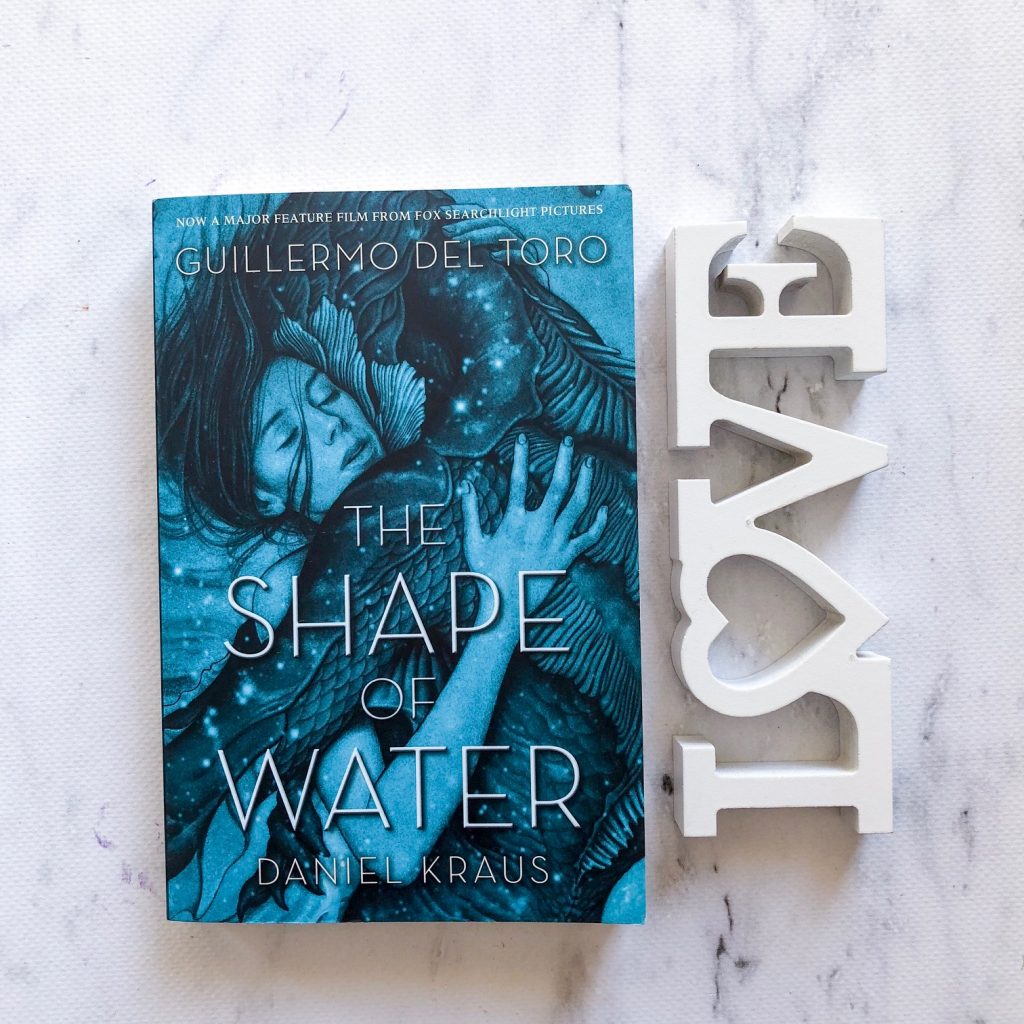 It is 1962, and Elisa Esposito—mute her whole life, orphaned as a child—is struggling with her humdrum existence as a janitor working the graveyard shift at Baltimore’s Occam Aerospace Research Center. Were it not for Zelda, a protective coworker, and Giles, her loving neighbor, she doesn’t know how she’d make it through the day.

Then, one fateful night, she sees something she was never meant to see, the Center’s most sensitive asset ever: an amphibious man, captured in the Amazon, to be studied for Cold War advancements. The creature is terrifying but also magnificent, capable of language and of understanding emotions…and Elisa can’t keep away. Using sign language, the two learn to communicate. Soon, affection turns into love, and the creature becomes Elisa’s sole reason to live.

But outside forces are pressing in. Richard Strickland, the obsessed soldier who tracked the asset through the Amazon, wants nothing more than to dissect it before the Russians get a chance to steal it. Elisa has no choice but to risk everything to save her beloved. With the help of Zelda and Giles, Elisa hatches a plan to break out the creature. But Strickland is on to them. And the Russians are, indeed, coming.

The Shape of Water weaves fantasy, fable and mystery. It was put together by two artists — award-winning director Guillermo del Toro and author Daniel Kraus. Scattered throughout the novel are black and white sketch illustrations by visual artist James Jean. These illustrations help give the reader a sense of vision, and they allow us to imagine this story on the big screen.

I was intrigued to read this novel after the movie won Best Picture at the Oscars. It has such an odd plot and quite a quirky romance that I was definitely keen to see what all the fuss was about.

This novel may appeal to all age groups, but it is written like an adult novel, with complex vocabulary and a dry third-person narration. The pacing is quite slow but the characters are full of depth. Given Elisa’s mutism, there isn’t much dialogue to the book. The Shape of Water is mostly prose and description.

“Man should be better than monsters.”
“Ah, but who are the monsters?”

The Shape of Water also highlights the gender inequality of the 1960s. The two main female characters are cleaners, with low-paying jobs and very little respect. The ‘important’ workers involved in the project are all men, and some of them are very dismissive towards Elisa and Zelda. The novel also explores the relationship between Strickland and his wife Lainie. She stays at home with the children, not working or having the chance to make many friends. He’s away for work, sometimes months at a time, and there is very little communication between the two.

There is a definite imbalance in each relationship. Strickland is rarely home and when he is, he doesn’t treat his wife with much respect. He’s dismissive and doesn’t understand how demanding their children are. Over the course of the novel, Lainie finds her own purpose and starts to imagine a life without Strickland.

Additionally, Zelda’s husband Brewster is useless and unappreciative of his wife. He’s demanding and he belittles her and Elisa often thinks about how Zelda would be better off without him in her life.

“Working women don’t get to scurry home and bury their faces in pillows when they’ve been yelled at. You settle your trembling hands by wrapping them around your tools and returning to work.”

The pacing is a little inconsistent. The book takes a long time to kick off — with a lot of backstory and build up — and then the final third of the book moves so quickly that I actually had to go back and reread a few chapters because I was sure that I had missed something integral.

I haven’t seen the movie, but this novel feels void of character emotion. This is supposed to be a grand love story between Elisa and the sea creature, and yet, their romance seems to blossom very quickly but behind the scenes so the reader doesn’t really witness it. And then there’s this grand plan to save the creature from his fate, and I found it quite predictable. Truthfully, I didn’t find myself hugely invested in their romance.

“Zelda kneels to pick up the punch card. Yolanda’s going wild behind her. But all Zelda hears is Brewster carrying on about how she shouldn’t trust anyone. He doesn’t know Elisa, though, does he? Of course he doesn’t. Despite their long years of friendship, Elisa’s never been to Zelda’s home, not once.”

This novel will appeal to people who, like me, want to read the book before they see the movie. It’s not my favourite novel, nor my favourite fantastical romance, but it is something rather different and the characters carry this novel just as much as the plot does.