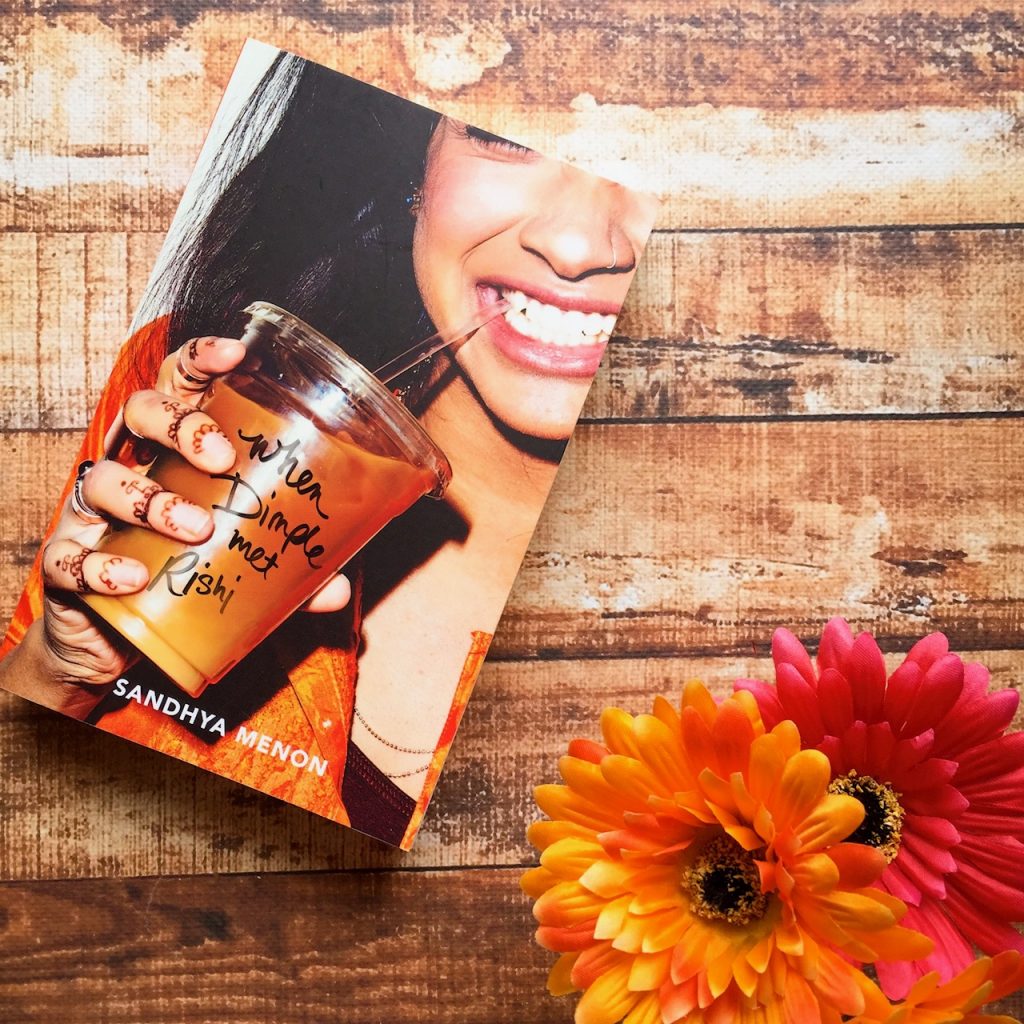 Dimple Shah has it all figured out. With graduation behind her, she’s more than ready for a break from her family, from Mamma’s inexplicable obsession with her finding the “Ideal Indian Husband.”

Rishi Patel is a hopeless romantic. So when his parents tell him that his future wife will be attending the same summer program as him—wherein he’ll have to woo her—he’s totally on board. Because as silly as it sounds to most people in his life, Rishi wants to be arranged, believes in the power of tradition, stability, and being a part of something much bigger than himself.

Dimple and Rishi may think they have each other figured out. But when opposites clash, love works hard to prove itself in the most unexpected ways.

When Dimple Met Rishi by Sandhya Menon is a heartfelt romantic comedy about two indian teenagers. Their arranged marriage forms the basis of their story, but their common interests and their experiences at a coding convention in San Francisco over one exciting summer allow them to grow closer.

Dimple is a determined, confident character, not afraid to speak her mind or stand up for what she believes in. Rishi is a bit more timid, and afraid to pursue his real interests instead of feeling like he has to pursue what his family expects of him. Despite this, Rishi is a really sweet guy, full of compassion and heart.

“Dimple’s heart fluttered. Rishi had make a real effort for their non-date. He’d scoped out a place he knew she’d love — and she did; if she could live her under one of the tables forever, she’d be perfectly content to do just that.”

When Dimple Met Rishi is a unique romance novel for teenagers — it is fun and enjoyable. The characters are well-developed and the premise of the book is quirky but entertaining. You follow these two characters over the summer as they pursue their creative endeavours.

Both Dimple and Rishi are incredibly nerdy but they don’t care, and they don’t apologise for it. They’re determined to succeed and they’re both incredibly talented and creative. I think teenagers will find them quite inspiring, especially if there are any teenagers reading this who perhaps feel embarrassed by their interests. When Dimple Met Rishi shows readers that ‘nerdy’ can be fun and there’s nothing uncool about following your passions.

“Dimple opened the paper. It was an amazing sketch, which, if she hasn’t seen Rishi do in about a minute, she would have believed had taken a lot longer. It showed a boy, hair flopping in his eyes and bulging muscles ripping his shirt sleeves — Dimple snorted — hand ing a fierce-looking girl a paper flower.”

There were a few inconsistencies in their characterisation. For example, Dimple is set up to be the bold one, and yet it’s Rishi who stands up to the bullies when they are horrible to Dimple. The way that the two characters were set up, it would’ve made more sense for Dimple to be the argumentative, defensive character and for Rishi to just want to keep the peace and sink into the background.

“Dimple wanted to die. She couldn’t believe Rishi. What was he thinking? Hadn’t she specifically told him not to interfere? He was supposed to just hang out, not basically challenge Hari to a duel. Her fist itched with the urge to punch something, and his ribs were so close…”

Something else that I disliked about the structure of the book was how quickly the POV changed, particularly towards the end of the novel. Sometimes there’d be only a couple of paragraphs and then the POV would switch from Dimple to Rishi. Although it’s cute to discover how each of them is feeling in each situation, I found the constant transition to be really jolting and awkward.

I recommend this for the younger end of a teenage audience, so 13-15 year olds. It’s a really sweet novel, but the language is quite young and the banter quite over the top, so I think older teenagers might find the book — and the relationship — a little unrealistic.