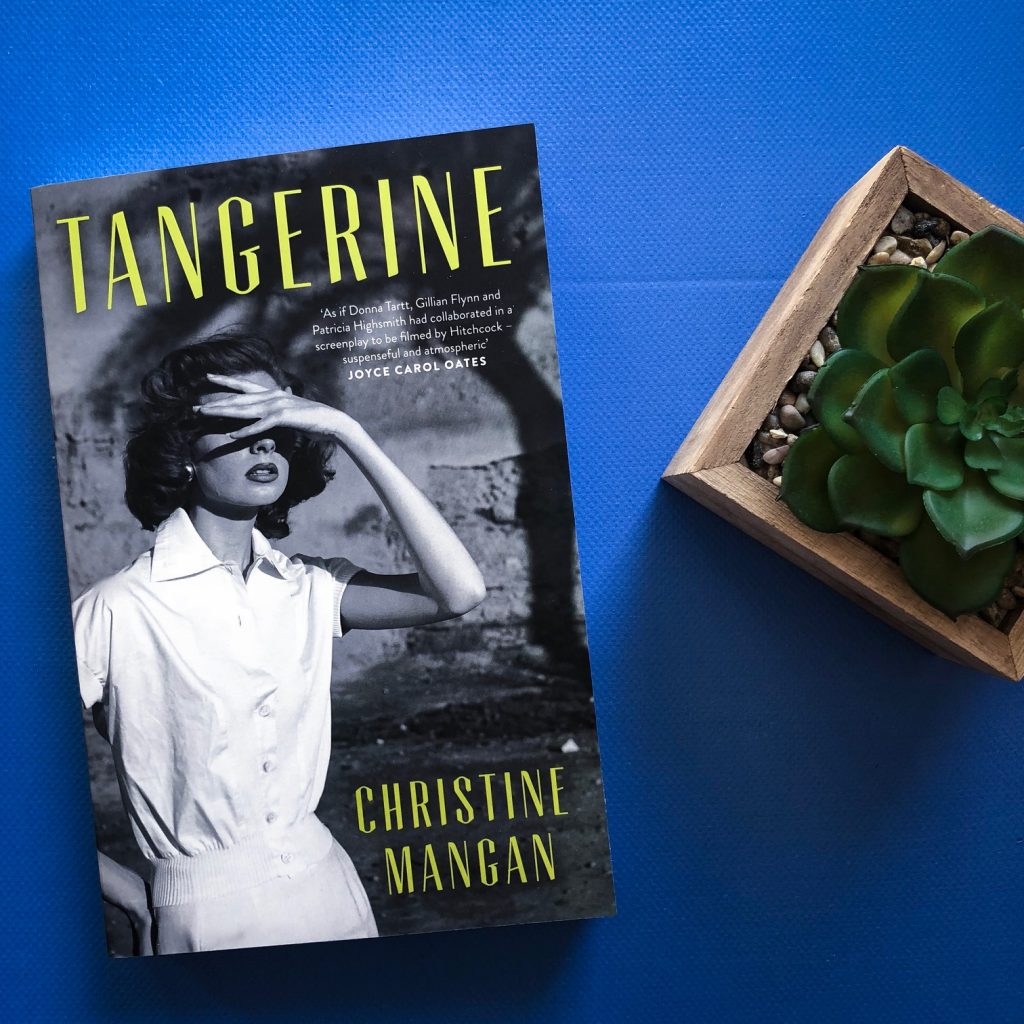 The last person Alice Shipley expected to see since arriving in Tangier with her new husband was Lucy Mason. After the accident at Bennington, the two friends—once inseparable roommates—haven’t spoken in over a year. But there Lucy was, trying to make things right and return to their old rhythms. Perhaps Alice should be happy. She has not adjusted to life in Morocco, too afraid to venture out into the bustling medinas and oppressive heat. Lucy—always fearless and independent—helps Alice emerge from her flat and explore the country.

But soon a familiar feeling starts to overtake Alice—she feels controlled and stifled by Lucy at every turn. Then Alice’s husband, John, goes missing, and Alice starts to question everything around her: her relationship with her enigmatic friend, her decision to ever come to Tangier, and her very own state of mind.

Set in 1956, Tangerine by Christine Mangan is an extraordinary debut novel that takes you deep into the complicated friendship between two women, one of whom is incredibly smart but manipulative and deceptive.

Written in first person, the book switches POV between Alice and Lucy. The two women have history together, and neither of them are particularly trustworthy. They were roommates at Bennington College in the mid-1950s but a disastrous accident forced them apart and now one year later Lucy Mason shows up in Tangier with mysterious intentions.

“She enveloped me then, a more intimate gesture than the others we had previously shared, and not simply because she was standing in her underwear.”

Alice’s relationship with her new husband John is complex. The two of them have tried for a baby but haven’t had any luck, and her husband is out all hours of the night for work. There appears to be cracks in the foundation of their relationship, but neither Alice nor her husband seem to want to fix that. The two merely co-exist together. Alice is afraid to spend time alone outdoors — mostly because of the heat and the crowds — and her husband finds ways to belittle her and make her feel inferior.

“I let the word settle. A nightclub. We both knew what he actually meant. Despite the pretense, the nightclubs in the city were little more than a gathering piece for prostitutes, geared toward Westerners.”

One of the strengths of the novel is the pacing. Christine has plotted this book so well. You find out key pieces of information and suddenly, you’re desperate to read the next chapter to find out more. Alice and Lucy’s time together in college is revealed slowly, and it’s some time before you find out exactly what happened. But when you do, that throws into question just how dangerous Lucy is and just how much she’ll sacrifice to get away with her crimes.

“It had happened shortly after John disappeared from the table…I had seen him, his image distorted by the divots in the glass, standing at the bar. Only, he had not been alone, had not been with anyone named Charlie. Instead a woman stood beside him, her face half obscured by a mane of long dark hair.”

Alice is easily manipulated — by her husband, by Lucy, and by her guardian Aunt Maude. She’s emotionally fragile and very timid and impressionable; she’s also incredibly naive. While she grows a bit over the course of the novel and learns to stand up for herself a little bit more, we realise that what happened in college between her and Lucy caused irreparable damage to her self esteem, confidence and her personality.

One of the book’s biggest weaknesses is the lack of believability around Alice’s decisions. She doesn’t like Lucy and she doesn’t trust her, but she doesn’t try very hard to make that known. It’s almost like she’s scared to talk, and when we find out their history, it doesn’t really explain Alice’s actions. In a way, Alice is too fragile and it’s hard for the reader to really understand why.

Tangerine is a tense psychological thriller, perfect for fans of The Talented Mr Ripley.