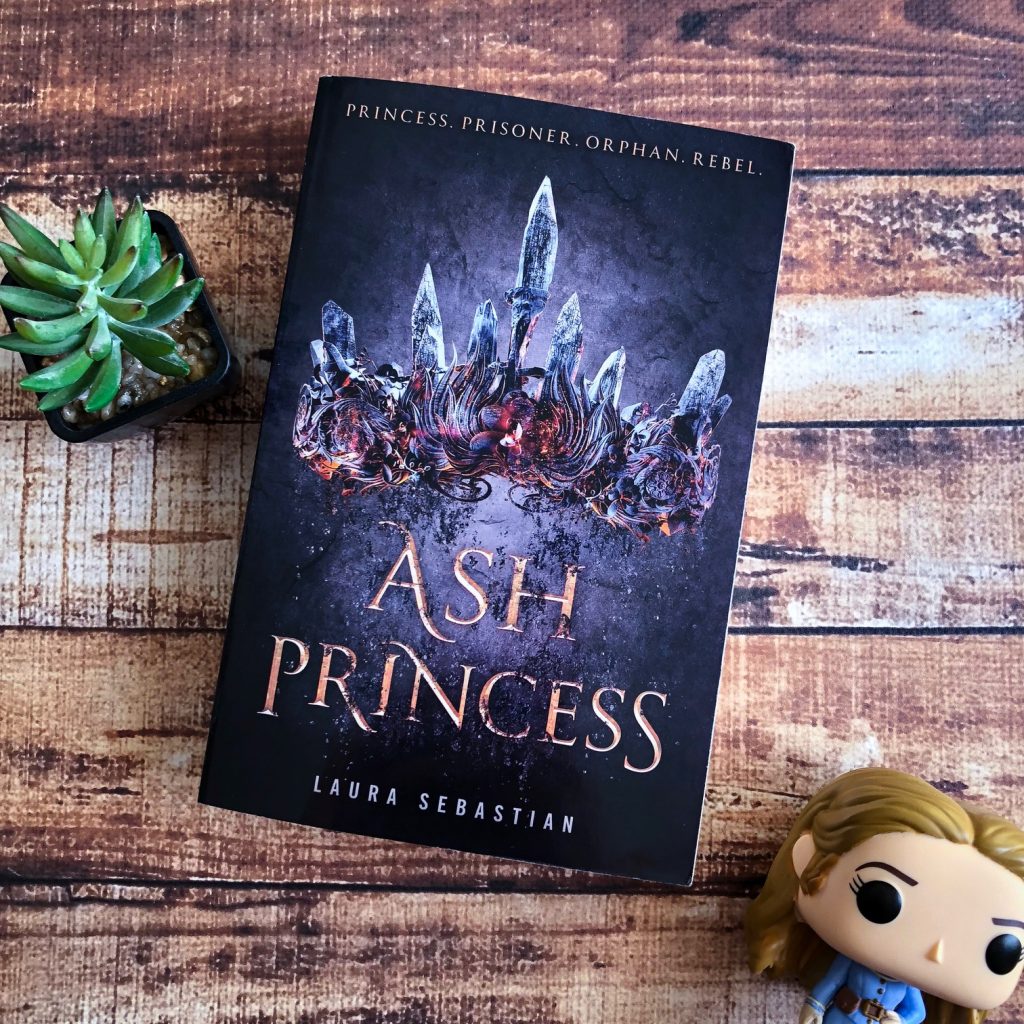 Theodosia was six when her country was invaded and her mother, the Fire Queen, was murdered before her eyes. On that day, the Kaiser took Theodosia’s family, her land, and her name. Theo was crowned Ash Princess–a title of shame to bear in her new life as a prisoner.

For ten years Theo has been a captive in her own palace. She’s endured the relentless abuse and ridicule of the Kaiser and his court. She is powerless, surviving in her new world only by burying the girl she was deep inside.

Then, one night, the Kaiser forces her to do the unthinkable. With blood on her hands and all hope of reclaiming her throne lost, she realizes that surviving is no longer enough. But she does have a weapon: her mind is sharper than any sword. And power isn’t always won on the battlefield.

For ten years, the Ash Princess has seen her land pillaged and her people enslaved. That all ends here.

Ash Princess by Laura Sebastian is the first novel in a new YA fantasy series. It explores power, family and grief amidst the backdrop of a crumbling tyranny.

The crux of the plot is a young princess who vows revenge on the cruel man who stole her throne. She seduces the prince to aid her mission.

The plot is not unique or original, but it is readable and enjoyable. There are SO many YA fantasy series in the market at the moment, and if I’m being honest, I don’t think this one feels too different from the others. It is well-written and the characters are interesting, but I wasn’t blown away by the book. And I was unimpressed with the stereotypical tropes used in the book — love triangle being the most obvious one.

“This time, I let myself remember how my mother would sometimes let me wear her crown, how it was so big it would fall down around my neck. But while my mother’s crown was wrought from black gold and set with rubies, the one the Kaiser sends me is folded from ashes, and as soon as it is in place, it begins to crumble, streaking my hair, skin, and dress.”

Ash Princess is ripe with tension, suspense and drama. None of the characters can be trusted, and yet you find yourself invested in all of their storylines. The novel is punchy and pacy, and this launches a series that I am interested in continuing. It may not be original, but it is engaging enough to keep me entertained.

I would’ve preferred this novel if Theo had more control over her safety and her future. She needs her friends to help break her out, and it’s their determination that spurs her newfound confidence. And later in the novel, it is her allies that help her out of confinement.

I wanted this book to be about a young girl who takes charge and forges a new path for herself. Instead, it’s about a girl with friends and allies who help her forge a new path. She’s determined, yes, but she’s not cold or ruthless. I wouldn’t call her frightening or scary. Once she starts enacting her vengeance, she seems to be incredibly lucky. Almost too lucky.

“Through the wall, I can almost feel Blaise’s thoughts running the same path as mine. Throughout the past decade, the idea of the After has been all that’s kept me going, and i don’t have to ask Blaise to know that a part of him years for it as well. I’ve imagined my mother there, waiting for me.”

This series will appeal to those of you who love YA fantasy. It follows the usual tropes from the genre, but it is really well-written with strong prose and realistic dialogue. Despite it’s 400+ page count, you’ll find yourself tearing through those pages rather quickly.