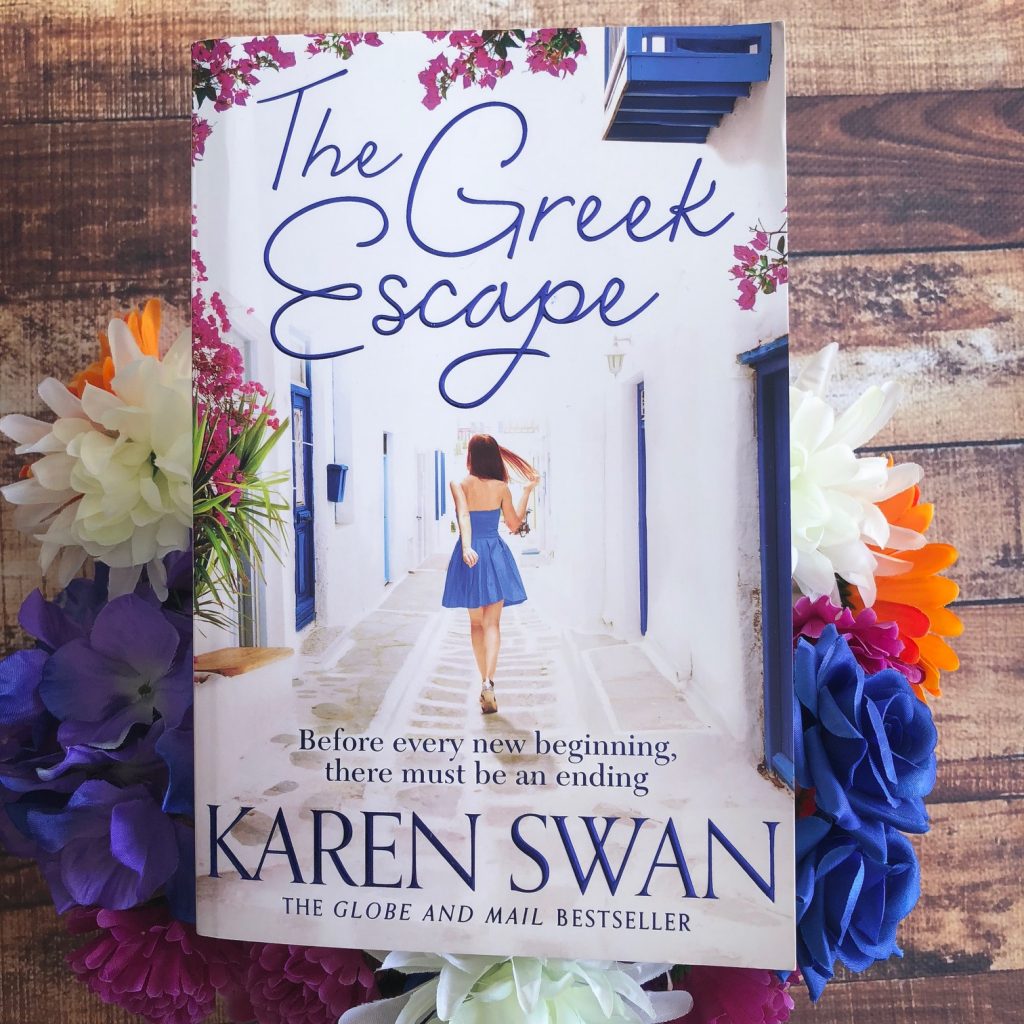 Working at a luxury concierge company, Chloe Marston makes other people’s lives run perfectly, even if her own has ground to a halt. But a terrible accident forces her to step into a new role, up close and personal with the company’s most esteemed and powerful clients.

Charismatic Joe Lincoln is one of them and his every wish is her command, so when he asks her to find him a secluded holiday home in the Greek Islands, she sets about sourcing the perfect retreat.

But when Tom, her ex, unexpectedly shows up in Manhattan and the stability of her new life is thrown off-balance again, she jumps at the chance to help Joe inspect the holiday house; escaping to Greece will give her the time and space to decide where her future truly lies.

Tom is the man she has loved for so long but he has hurt her before – can she give him another chance? And as she draws closer to Joe, does she even want to? As magnetic as he is mysterious, there’s an undeniable chemistry between them that she can’t resist.

But whatever her heart is telling her, she’s in over her head – another client’s wife has mysteriously disappeared and seriously allegations about Joe threaten more than just her happiness. Who can she trust? And will Chloe uncover the truth in time?

The Greek Escape by Karen Swan is a thoroughly enjoyable novel — the protagonist is a young British girl who has escaped to New York in an effort to leave her toxic relationship behind. She’s there for a fresh start. But when her colleague and friend Poppy is injured in a car accident, Chloe’s life takes a dangerous turn.

There is so much inside this novel. It’s not just the romance that the cover suggests. There’s mystery, adventure, drama and plenty of sexual tension.

Chloe steps up when Poppy is hospitalised; she takes on Poppy’s five clients and keeps her focus on her work. But when a sixth client shows up wanting Chloe to find him a secluded getaway in the Greek Islands, it forces her to reevaluate her life and tackle what she really wants in a relationship.

“Didn’t Jack tell you? The CCTV shows the driver deliberately swerving.” Rosalind shook her head, as though baffled, mystified, the words not making sense. “How could anybody do that?” she whispered. “To my little girl?”

This is my favourite Karen Swan novel so far. The whole scenario felt so unique and different to fiction that I’d normally read. I really did feel like I was reading something from another world — are there people out there who actually have Chloe’s job? Is it exactly like it reads in the book?

Karen Swan has captured the sexual tension between Chloe and her client Joe incredibly well. I kept reading because I felt so invested in their connection, but I was also desperate to solve the mystery of Poppy’s accident and how that fed into the disappearance of another client’s wife. The plot is a convoluted one, but it’s also incredibly satisfying.

Chloe closed her eyes, trying to push him from her thoughts. Blah, blah, blah, the same old story. He’d been giving her this patter for the last four years and she knew only too well about Lucy’s problems.

I have to admit, I picked the twist at the end because there was a bit too much foreshadowing throughout the novel. The Greek Escape is quite long, and so by the time I got to the concluding chapters, I had a pretty confident guess about what was going to happen.

The prose is incredibly polished, the language evocative. The characters all seemed so real and relatable, that I found myself really invested in their storylines and their futures.

When she rounded the corner onto Perry Street and saw him sitting on the steps of her building, it wasn’t surprise that she felt. Deep down, she had known he would come looking for her, just as he had probably known that she wouldn’t go to the drinks. They knew each other too well.

The Greek Escape is so much more than the cover implies. The story is full of mystery and intrigue, and the characters will have you flicking through the pages desperate to get to the end. At times the pace seems to lull, but Karen manages to keep the reader’s attention all the way to the very end.

I recommend this to readers who love romance, mysteries and exotic locations — The Greek Escape is the perfect blend of all three.