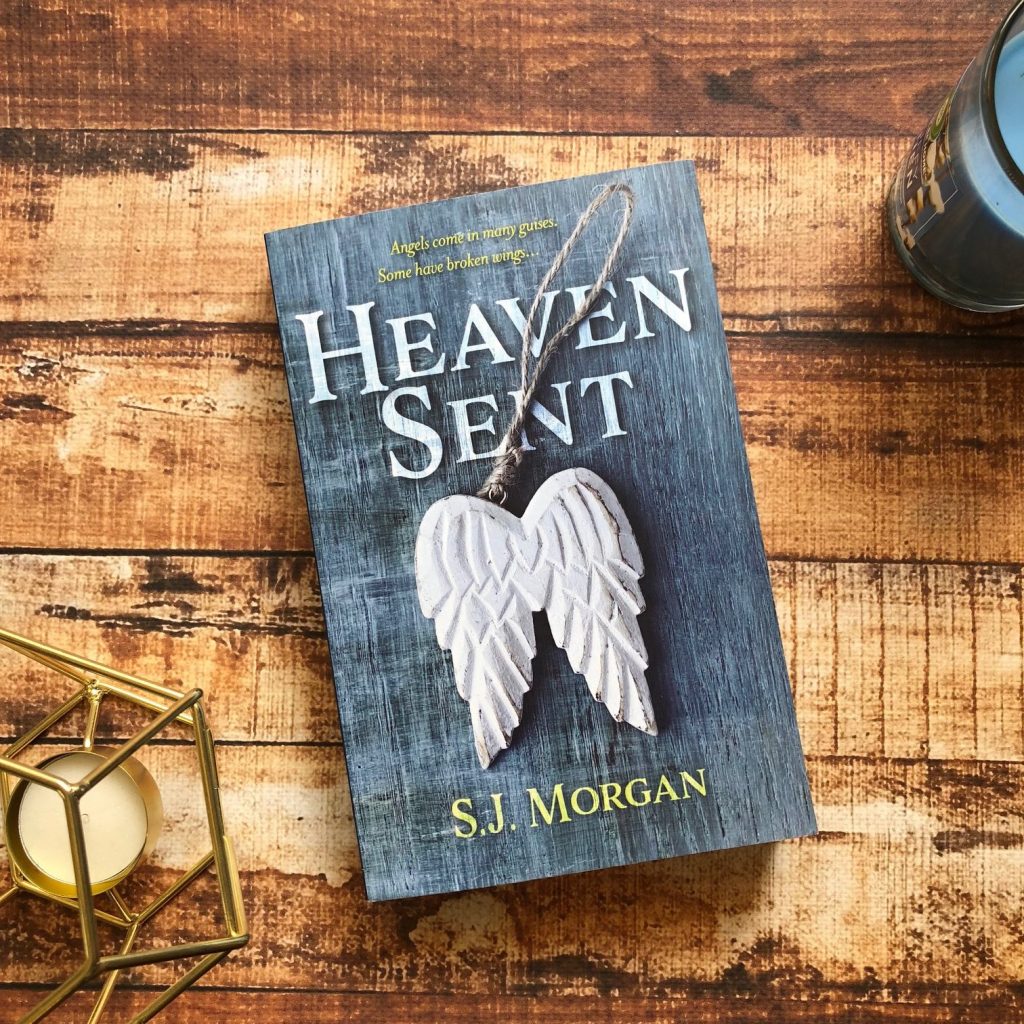 At almost sixteen, Evie’s life isn’t all she’d hoped it would be. She lives in the dodgy end of town with her mum and her mum’s deadbeat boyfriend, Seb; and adolescent scoliosis means Evie’s forced to wear a back brace until she’s stopped growing.

Then one night, she meets Gabe. Breathtakingly handsome, he crashes, spectacularly, into Evie’s life. He says their meeting was no accident and convinces Evie he’s been sent to turn her fortunes around. Evie’s best friend, Paige, dismisses him as a pot-head, but Paige has issues of her own and has started spending all her time chasing older men instead of higher grades.

As the weeks go by, Evie’s luck seems to be on a constant upswing and she begins to wonder if she and Gabe really were ‘meant’ to meet; even if she’s noticed that so many aspects of Gabe’s story don’t add up…

But there’s someone else waiting in the wings and, for Evie as well as for Gabe, life is about to get a whole lot more complicated.

Heaven Sent is a YA novel by debut author S.J Morgan. The story follows teenage protagonist Evie, and the novel explores themes of friendship, family and relationship.

The premise of the novel is quite different — Gabe crashes his car into Evie’s bedroom one night, and then feels unexplainably drawn to her. It’s almost as if he’s a guardian angel for her, even though he’s noticeably absent for a lot of the novel and his disappearances are rarely explained.

“I was so busy thinking about his bizarre quotation and the overall odd reaction that it took me utterly by surprise when he leaned forward and kissed me on the forehead. ‘You trusted me, Evie,’ he whispered. ‘Thank you.’ He then placed a hand where his lips had landed, as if he wanted to seal the kiss in place.”

Gabe is a really unlikable character. He’s mysterious but confusing, distant and withdrawn. He quotes scripture at her, and his dialogue often doesn’t make much sense. He’s cryptic in a creepy way, and I didn’t find myself sympathising for him in any way. At one point, he ‘gifts’ Evie some furniture and then you find out that the furniture was actually stolen!

I found it incredibly bizarre that Evie wanted to find out more about him, let alone actually spend any time with him.

I like the complex relationship between Evie and her father, and also Evie and her best friend. I think it’s important for YA novels to show fractured female friendships because that is very representative of high school and teenage life.

“There was nothing else for it. If Paige was going to cut off communication with me, then I’d just have to go ‘round there and demand she tell me why. It wasn’t as if we’d fallen out.”

There are noticeable flaws within the novel. The premise is unrealistic and the ending predictable. The dialogue is quite forced in some scenes and not at all how teenagers speak. Additionally, the relationship between Evie and Gabe is just strange, not enticing or exciting. And the conclusion of the novel is so fast-paced and Gabe’s behaviour doesn’t really make sense.

This may be a young adult novel but I’d actually recommend this for much younger readers, around 10-14 years of age.