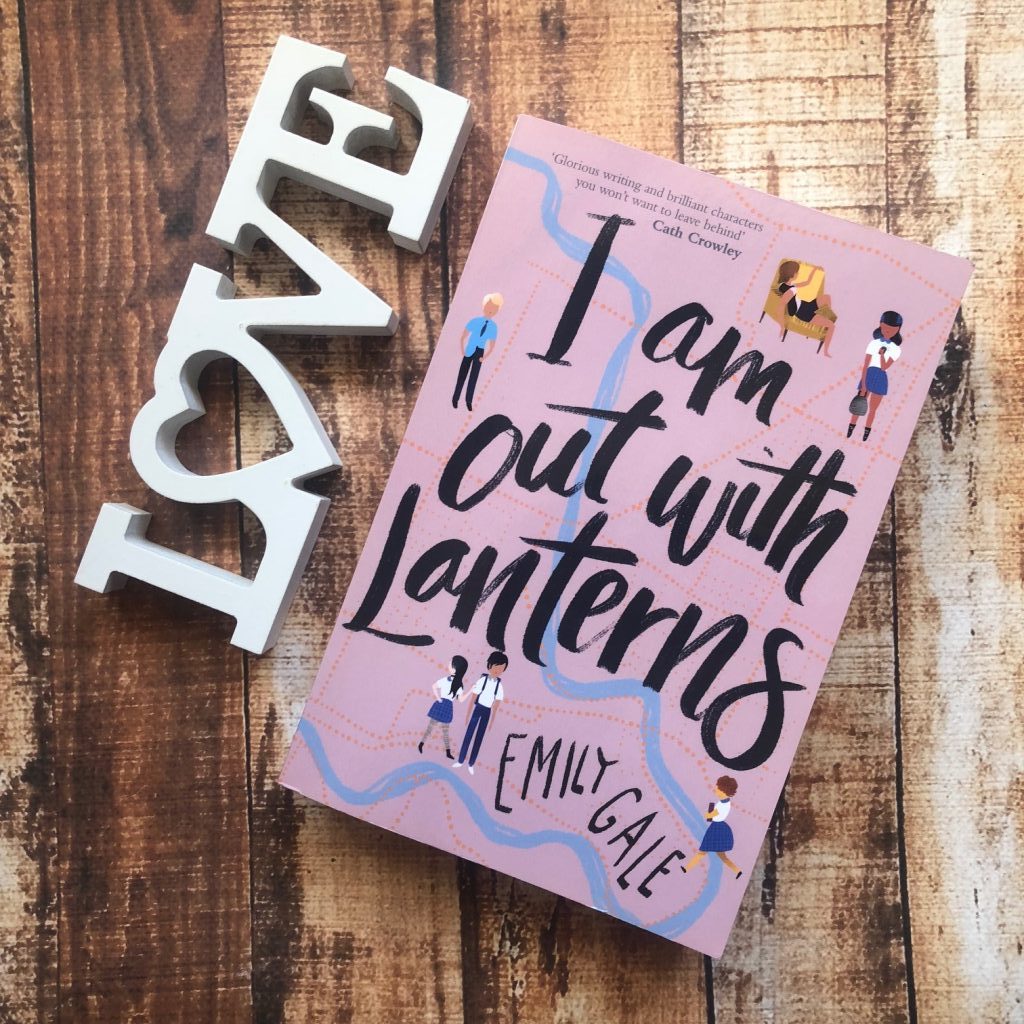 One of us is in the dark.
One of us is a bully.
One of us wants to be understood.
One of us loves a girl who loves another.
One of us remembers the past as if it just happened.
One of us believes they’ve drawn the future.
But we’re all on the same map, looking for the same thing.

Year Ten begins with a jolt for best friends and neighbours Wren and Milo. Along with Hari, Juliet, Ben and Adie, they tell a story of friendship, family, wild crushes, bitter feuds, and the power of a portrait.

As their lives intertwine, images could bring them together, and tear them apart.

I Am Out with Lanterns is the latest contemporary novel by Australian young adult author Emily Gale. It explores friendship, family, relationships and identity.

There are many characters to this novel, and many switching POV chapters. However, central characters include Wren, an artist who is stuck drawing portrait after portrait of her brother Floyd, who died a few years earlier. Milo is Wren’s next door neighbour. He’s sweet, kind-hearted and has a beautiful soul. But he’s often misunderstood and at school, he’s bullied really horribly.

Adie’s father is an artist, and she’s been his muse since she was little. But he’s a harmful character, and their relationship is not a healthy one. Juliet is really loved and supported at home, but she’s lonely and feels a little lost.

“This is it: my first party as a teenager. You could call that impressive, considering I’ve been a teenager for more than three years, or you might prefer to call it what it actually is.”

I Am Out with Lanterns is very much about self-discovery and self-awareness and that crucial time in a teenager’s life when they grow into themselves and must make choices that others may disapprove of. The title of the book was actually inspired by an Emily Dickinson quote, ‘I am out with lanterns, looking for myself’ and this does well to capture the feel and atmosphere of the novel.

The book explores themes of sexuality, friendship and identity, through the lens of six teenagers.

“I hold the Nintendo high and watch him jump for it. Noah is smaller and skinnier than I was at his age. He’s always in his own little world or having secret chats with Mum, or climbing the tree down the back of our garden by himself and sitting there like some loner.”

Ben’s character is quite different from the others. He’s a bully, and he’s powerful and assertive. He seems to be following in the footsteps of his incredibly manipulative father, and even though he can see this, he doesn’t appear to want to change.

I appreciated his presence as one of the six characters. I think it’s important for authors to show readers a full range of people, and not just good-natured or nice people.

“Today after we’d sat in the chair on the street, as close as I’ve ever been to anyone, I said something funny. She looked at me and for a second we were locked in. Then she hit my arm and it was over. But that’s what I want to draw. Her face in that split second, a shot to the heart. The next time she looks at me like that, I think I’m going to kiss her.”

My only criticism is that I really struggled to keep track of the different characters and their relations to each other, because of how many POVs there are and how quickly they switch. Many of the characters weave in and out of other POVs, so sometimes I had to take a moment to remember their backstory before continuing.

I Am Out With Lanterns is an energetic, emotional story with a dynamic and diverse cast — it is both heartwarming and heartfelt.