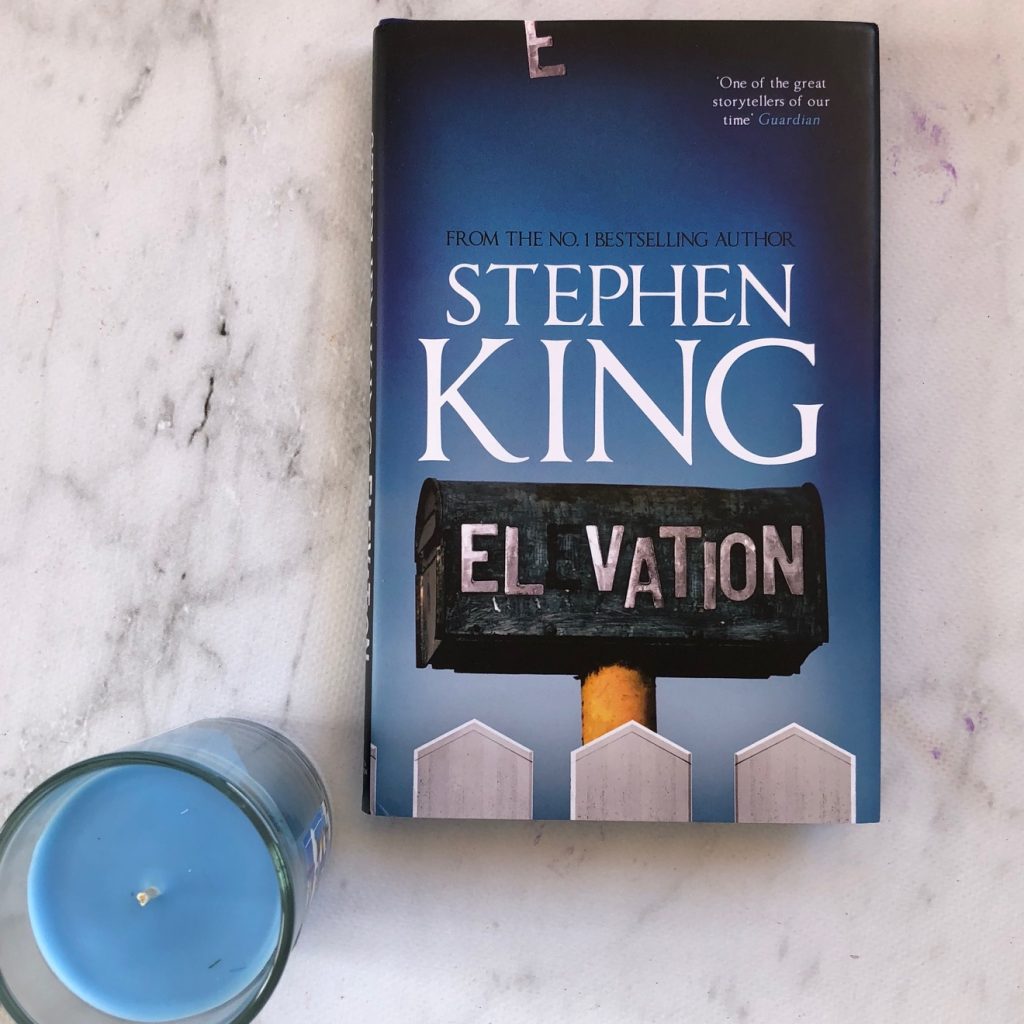 Castle Rock is a small town, where word gets around quickly. That’s why Scott Carey wants to confide only in his friend Doctor Bob Ellis about his strange condition: he’s losing weight, without getting thinner, and the scales register the same when he is in his clothes or out of them, however heavy they are.

Scott also has new neighbours, who have opened a ‘fine dining experience’ in town, although it’s an experience being shunned by the locals; Deidre McComb and her wife Missy Donaldson don’t exactly fit in with the community’s expectations. And now Scott seems trapped in a feud with the couple over their dogs dropping their business on his lawn. Missy may be friendly, but Deidre is cold as ice.

As the town prepares for its annual Thanksgiving 12k run, Scott starts to understand the prejudices his neighbours face and he tries to help. Unlikely alliances form and the mystery of Scott’s affliction brings out the best in people who have indulged the worst in themselves and others.

Elevation by Stephen King is a touching, captivating novella about how one man’s mysterious medical condition results in a small town growing closer together and overcoming prejudices.

There are a couple of different strands to the story. Firstly, we have Scott Carey and his strange affliction. When he steps onto the scales every day, it shows him that he’s rapidly losing weight. But, he doesn’t look any different. He looks 240 pounds and he continues to do so, but the scales tell a very different story. Scott’s ailment prompts him to become more aware of the world around him, and he starts to notice just how horrible some his neighbours are.

There is a lesbian couple — Deirdre and Missy — who are new to town and they have opened up a new vegetarian Mexican restaurant, Holy Frijole. But no one is dining there and it’s mostly because Deirdre and Missy are openly married and a lot of the residents in Castle Rock are homophobic.

Scott makes attempts to connect with Deirdre and Missy and change the townsfolk’s attitude towards them and their restaurant. Scott wants to fix the prejudices against them.

“Mike’s smile went away. ‘Nothing to be proud of. She’s a lesbian. That would probably be okay if she kept it to herself — no one cares what goes on behind closed doors — but she has to introduce that one who cooks at Frijole as her wife. Lot of people around here see that as a big old screw you.”

Stephen King is a master storyteller, and in only 132 pages he’s captured so many amazing characters and a heartfelt story. I thought this novella was brilliant. There were a few things unanswered but I still felt that the book was complete. I was left wanting more.

I was intrigued by Scott’s story arc and how he grew over the course of the book. At first, he seemed like the kind of man who kept to himself and didn’t want to cause drama. But then, when he overhears some of his friends talking disrespectfully about Deirdre and Missy, he stands up to them and addresses how inappropriate their behaviour is.

“In the centre of the sheet was a photo of Deirdre McComb. There were other runners, most of them behind her. A big number 19 was pinned to the waistband of her tiny blue shorts. Above them was a tee-shirt with NEW YORK CITY MARATHON 2011 on the front. On her face was an expression Scott would not have associated with her: blissful happiness.”

The story is propelled forward by Scott’s weight decrease. Over time, he’s getting lighter and lighter and he doesn’t know what’s going to happen to him when he gets down to zero. This kind of supernatural, fantastical element to the story is Stephen King’s trademark — the unexplainable.

This novella is quite different to Stephen King’s usual writing, and so I think it has a really broad appeal. It’s also perfect for people who don’t have the time to commit to Stephen’s usual novels that are hundreds and hundreds of pages.

This is a tender and charming tale that I highly recommend to all ages.