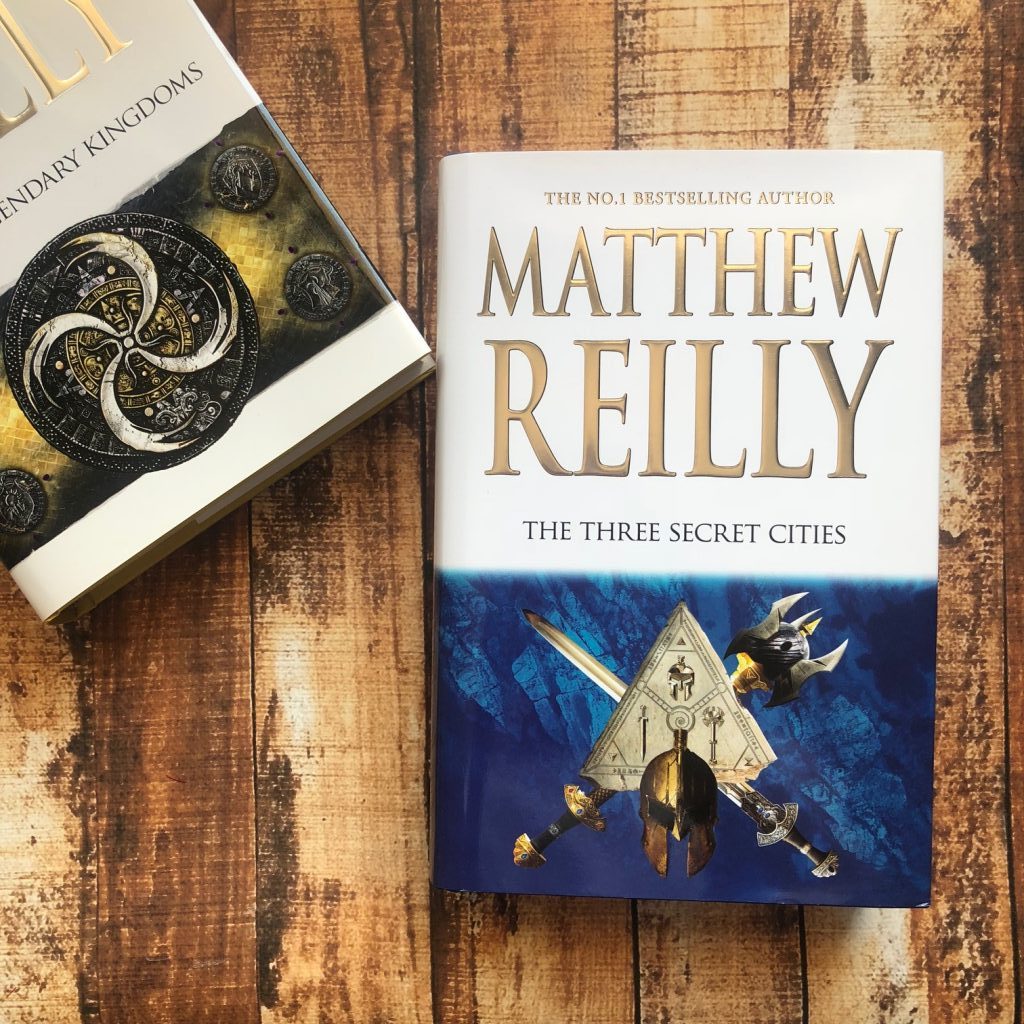 When Jack West Jr won the Great Games, he threw the four legendary kingdoms into turmoil.

A WORLD WITH ITS OWN HISTORY, RULES AND PRISONS

Now these dark forces are coming after Jack … in ruthless fashion.

THAT IS REACHING INTO OUR WORLD … EXPLOSIVELY

With the end of all things rapidly approaching, Jack must find the Three Secret Cities, three incredible lost cities of legend.

It’s an impossible task by any reckoning, but Jack must do it while he is being hunted …

The Three Secret Cities is the fifth book in Matthew Reilly’s Jack West Jr series, bringing another high-stakes race against the clock for Reilly’s loyal readers.

in each book of this series, Captain Jack West Jr and his team must solve some sort of puzzle or mission to save the world. In The Three Secret Cities, they must find three ancient weapons and use them to complete a ritual that will save mankind.

Whilst you could follow this storyline on its own, the reader would get more enjoyment if they’ve read the whole series thus far. Each book may have its own unique plot, but more events in the book would make sense if you’d read them all, including any references to past books. Reilly’s inclusion of Schofield and another character from the Scarecrow series will delight fans.

“Hades marched right past them, hit a switch under his desk and a whole bookcase in the wall suddenly swung open on a hinge, revealing a massive silver vault door with a high-tech digital keypad and scanner on it.”

Like the other books in the series, The Three Secret Cities features real world places from both modern and ancient civilisations. This is a fictional landscape that’s believable and entertaining, with mythology woven into the plot.

Reilly’s pacing is always sharp and quick, and the story moves along really well. The reader is engaged in the storyline from the very first page, and will find a lot of enjoyment in Captain Jack West Jr and his adventures. Readers are always craving what’s next.

There’s a great sense of camaraderie in The Three Secret Cities; all of his team members have their own specialties and together, they can solve all the mysteries that come their way.

“Sparks flew, fibreglass shattered and suddenly the plane had two stub-wings instead of real ones. Jack ducked his head as the Piper zoomed into the deeper darkness of the side canal, still travelling at phenomenal speed, kicking up a churning wake in the narrow confines of the canal.”

Matthew Reilly is a brilliant writer, and his books are always fast-paced with wonderful characters and perfect pacing. I’m excited and eager for the next book in the Jack West Jr series.

It’s difficult to fault this series and this latest book, and that’s probably why Reilly’s books are so popular and why he has such a loyal fanbase. If it’s been a while since you’ve read the previous book in the series, then the prologue in The Three Secret Cities will jolt your memory and remind you what happened in their previous adventure.