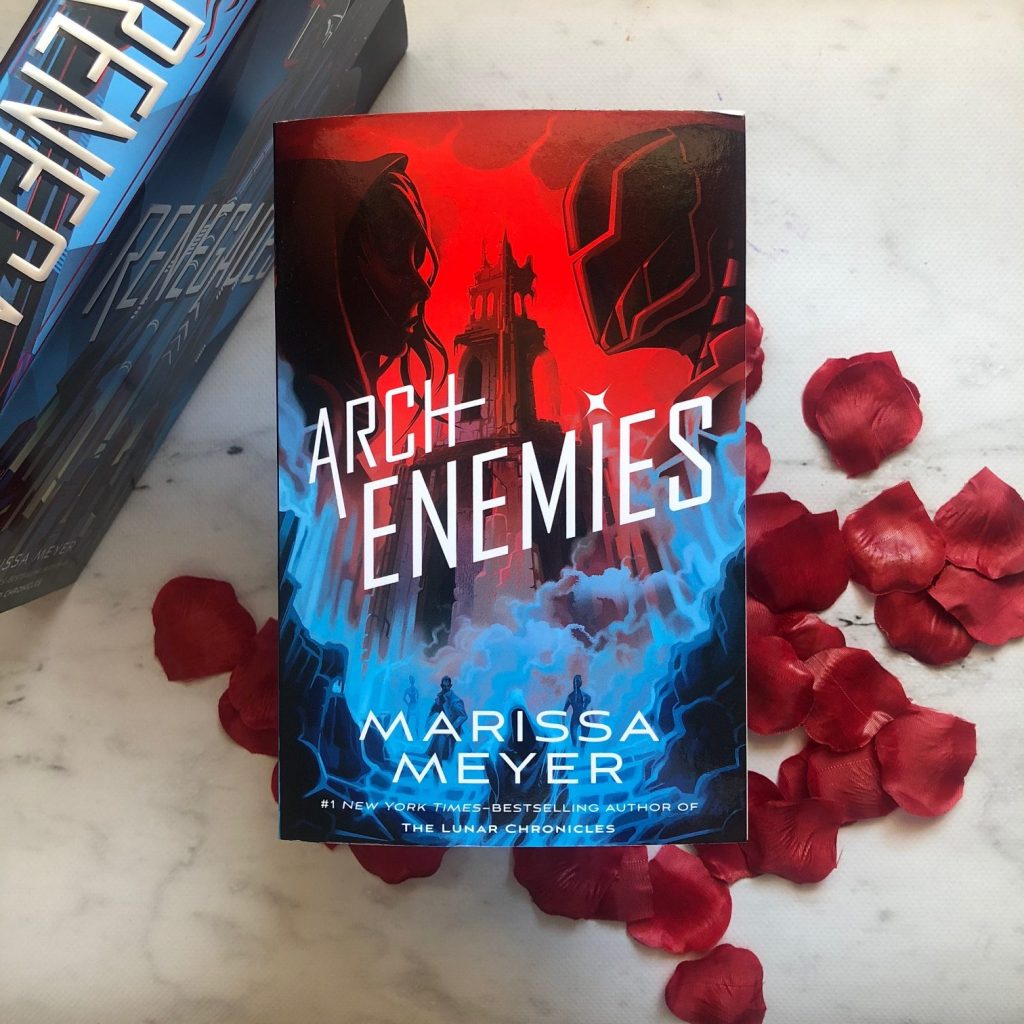 Time is running out.
Together, they can save the world.
But they are each other’s worst nightmare.

Nova’s double life is about to get a lot more complicated:
As Insomnia, she is a full-fledged member of the Renegades, a syndicate of powerful and beloved superheroes. She works with Adrian’s patrol unit to protect the weak and maintain order in Gatlon City.

As Nightmare, she is an Anarchist – a member of a group of villains who are determined to destroy the Renegades. Nova wants vengeance against the so-called heroes who once failed her when she needed them most.

But as Nova, her feelings for Adrian are deepening, despite the fact that he is the son of her sworn enemies.

Nova, Adrian, and the rest of their crew are faced with escalating crime in Gatlon City, while covert weapons and conflicting missions have Nova and Adrian questioning not only their beliefs about justice, but also the feelings they have for one another.

The line between good and evil has been blurred, but what’s clear to them both is that too much power could mean the end of their city – and the world – as they know it.

Archenemies by Marissa Meyer is the second instalment in the Renegades trilogy, a vivid and exceptional series about superheroes and villains and the blurred boundaries between good and evil.

You can read my review of Renegades HERE.

In Archenemies, Nova and Adrian are still living their double lives. Nova is a member of the Renegades, but she’s secretly working with the Anarchists to bring down the Renegades and help super villain Ace Anarchy rise to power again. Throughout this sequel, Nova’s main task is to track down Ace’s old helmet and bring it back to him. With his helmet, Ace will regain his full power.

Adrian’s alter ego is The Sentinel, a hero working solo. Adrian has created his suit and spends as much time as he can capturing villains and saving civilians. But, neither the Renegades or the Anarchists are welcoming towards him. The Sentinel bends rules, breaks protocol, and he just may be a liability rather than an asset.

“For a long second, no one moved, Simon was standing only five or six paces away from Max, close enough that he should have felt the effects of Max’s power immediately. He would feel weak, first, and then the draining away of his abilities. When it had happened to Adrian, he had felt it most in his hands.”

Archenemies introduces a fresh set of problems for the characters. HQ unveils everyone to Agent N, an irreversible serum that erases a prodigy’s powers and forces them to become a common civilian. It’s a neutralising agent, designed to stop villains from ever harming others again.

This is very risky and Nova is concerned that errors will be made. Renegades are given training on how to administer the agent, but are given free reign to neutralise any prodigy who they deem to be a threat. Nova is vocally against Agent N.

Adrian also discovers the Vitality Charm, a necklace that means people can interact with his brother Max and not have their powers stolen. This is a long-awaited development for Max, who lives inside a sealed area and isn’t allowed to physically interact with other prodigies.

Nova and Adrian’s relationship develops over the course of the novel. Adrian is unsure about his feelings for Nova, and Nova has been instructed to get close to Adrian so she can get access to his family and Ace Anarchy’s helmet. This poses all sorts of problems for Nova as she starts to develop genuine feelings for Adrian.

“Once she was finished with her inspection, Nova raised the gun, gripping it in both hands, and fired. It was so fast Adrian wondered if she’d even bothered to take aim at anything, but a glance at the targets showed her dart dead centre in a distant bull’s-eye.”

I’ve been looking forward to this sequel all year; Renegades was one of my favourite reads of 2017. The universe is unique and imaginative, and the characters fully-fledged and relatable. This series explores the concept of right and wrong, evil and good, but it also immerses the reader in a really fast-paced, fun and exciting plot.

A highly enjoyable sequel to Renegades, the tension and pacing never wavering and the stakes only getting higher.