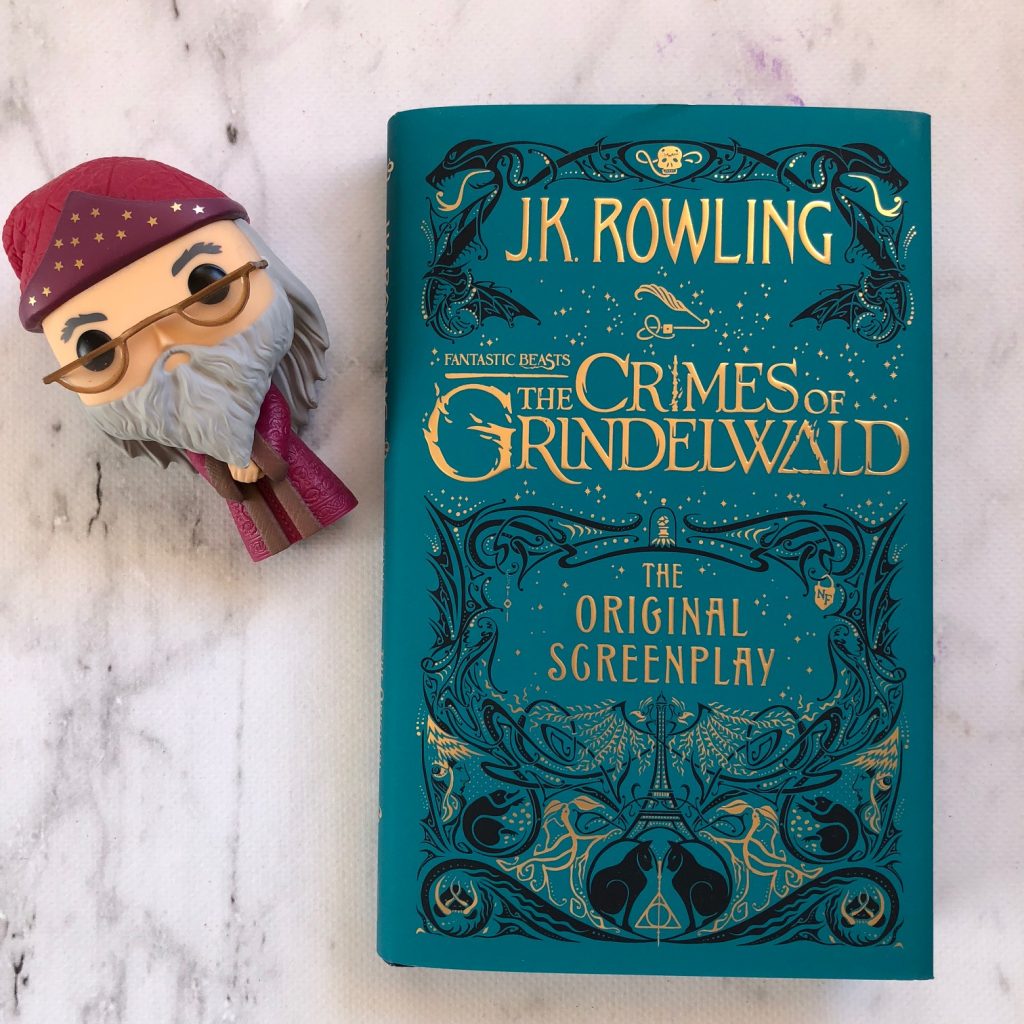 The powerful Dark wizard Gellert Grindelwald was captured in New York with the help of Newt Scamander. But, making good on his threat, Grindelwald escapes custody and sets about gathering followers, most of whom are unsuspecting of his true agenda: to raise pure-blood wizards up to rule over all non-magical beings.

In an effort to thwart Grindelwald’s plans, Albus Dumbledore enlists Newt, his former Hogwarts student, who agrees to help once again, unaware of the dangers that lie ahead. Lines are drawn as love and loyalty are tested, even among the truest friends and family, in an increasingly divided wizarding world.

Fantastic Beasts: The Crimes of Grindelwald is the second screenplay in a five-film series to be written by J.K. Rowling, author of the internationally bestselling Harry Potter books. Set in 1927, a few months after the events of Fantastic Beasts and Where To Find Them, and moving from New York to London, Paris and even back to Hogwarts, this story of mystery and magic reveals an extraordinary new chapter in the wizarding world. Illustrated with stunning line art from MinaLima with some surprising nods to the Harry Potter stories that will delight fans of both the books and films.

To be completely honest, I could barely remember what happened in the first Fantastic Beasts story and it was fine. Don’t stress too much if it’s been too long between stories. After 50 pages or so, your memory will jog and you’ll be able to follow along easily.

Dumbledore: Do you know why I admire you, Newt? More, perhaps, than any man I know? You don’t seek power or popularity. You simply ask, is the thing right in itself? If it is, then I must do it, no matter the cost.

I was mostly interested in Credence Barebone and Grindelwald, and how their storylines connected. Grindelwald is cunning, strategic and smart, escaping capture and rallying followers.

One of the biggest surprises for Harry Potter fans is that Nagini, Voldemort’s snake, is actually an adult woman. She’s a Maledictus,meaning she is able to transform into a snake but because of a blood curse passed down in her family, one day she won’t be able to turn back. So, all those times we see Nagini in the Harry Potter series, she is a woman trapped in a snake’s body. But in the Fantastic Beasts series, she can transform as she wishes. I found this fascinating — a surprise I didn’t see coming.

I couldn’t help but feel a little let down by the pacing of the story, and the lack of tension or climax. It doesn’t feel like enough happens in the story, and there’s a fair bit of unnecessary conversations and subplots.

There were a few inconsistencies in the plot and the world building. For example, we briefly visit Hogwarts and McGonagall is there teaching. But, if you look at the year in which the book is set, I don’t think she’s even been born then?

Also, the ending of the book, and the biggest twist of all, was a little unbelievable. I don’t want to give anything away, but the sudden acknowledgement of a long lost family member that we didn’t even know existed? It seemed like they wanted to stretch out this series for five books, when really I’m not sure there’s enough material.

This is a must-read for fans of the Harry Potter franchise. It’s a beautiful hardback book with gorgeous green and gold packaging, perfect for fans who want it as a collectors item.