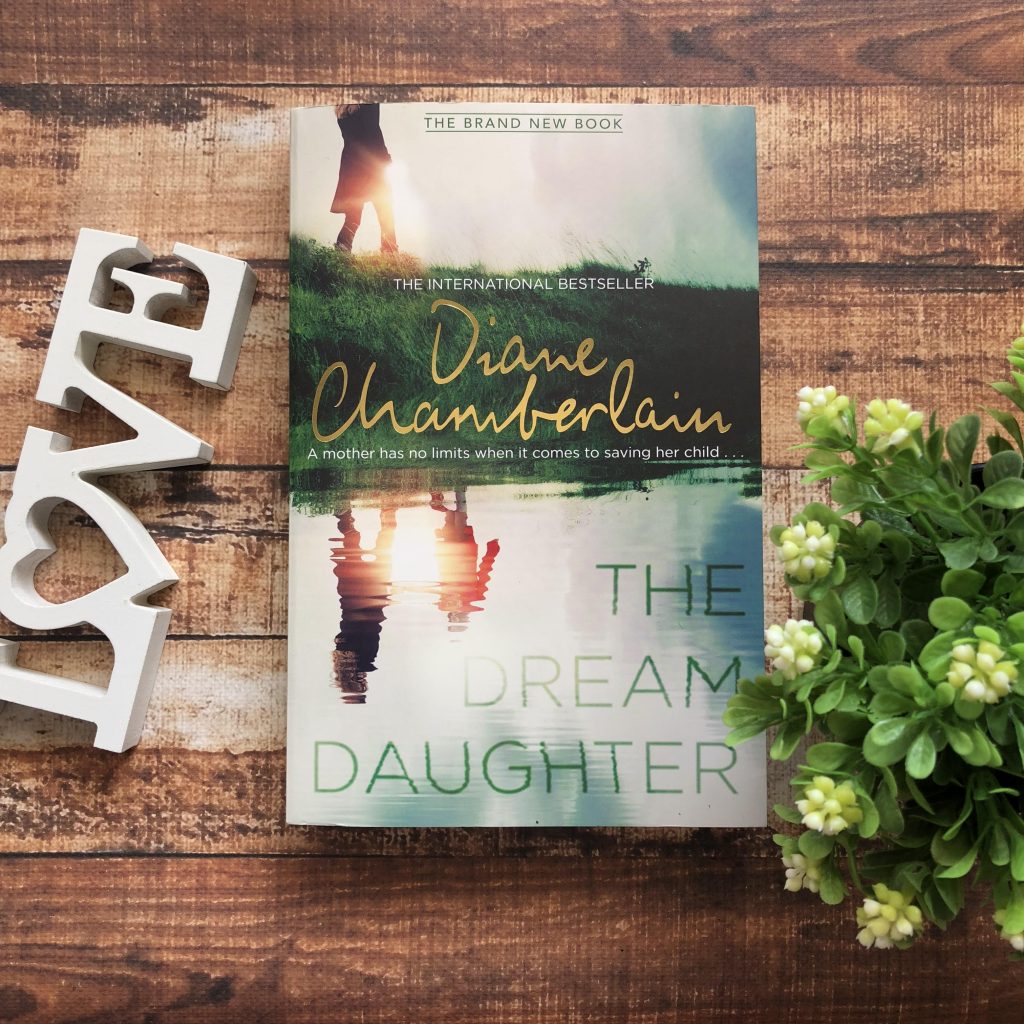 When Caroline Sears receives the news that her unborn baby girl has a heart defect, she is devastated. It is 1970 and there seems to be little that can be done. But her brother-in-law, a physicist, tells her that perhaps there is. Hunter appeared in their lives just a few years before—and his appearance was as mysterious as his past. With no family, no friends, and a background shrouded in secrets, Hunter embraced the Sears family and never looked back.

And all for the love of her unborn child.

The Dream Daughter by Diane Chamberlain is a genre-bending novel about time travel, love, family and saving the life of an unborn baby.

I thought this book was pretty fabulous. I went into the story completely blind, having only read the blurb and having never read a Diane Chamberlain book before. And I loved this. I devoured it in two sittings and I fell in love with the plot and the characters, and I’d highly recommend this book to readers.

Caroline ‘Carly’ Sears’ husband Joe has recently died in the Vietnam war and she’s just learnt that their unborn baby has a heart defect. Her doctor is advising that Carly abort the baby because even if she were to give birth, the baby — Joanne — wouldn’t live very long. The heart defect is not treatable.

However, Carly’s brother-in-law Hunter reveals to her that he’s a time traveler and he has the ability to transport her to 2001 where the medical advancements will allow Carly to have fetal surgery that could save her daughter’s life.

“We reached the end of the pier with seven minutes to spare. I didn’t know if I wanted less time or more. I needed to do this before I lost my nerve. I rested my hands on the rough wooden railing and stared out to sea.”

The story takes the reader from 1970 to 2001 and beyond, enthralling the reader with the plot and pacing and the sacrifices that Carly is willing to make to cure her daughter.

I had no idea that there’d be time travel in this book, and so I was taken by surprise. But this didn’t deter me; I was actually wondering where The Dream Daughter was headed until Hunter revealed his secret to Carly. Time travel was executed really well in the book, and Diane captured so many things about history that would really engage a reader.

It’s fascinating reading about someone who has transported 31 years into the future, because there are so many things they wouldn’t understand. Carly doesn’t know who Steve Jobs is, or what 9/11 means, and she doesn’t know how to use emails or what a mani-pedi means.

It’s quite entertaining reading as she stumbles her way through the future. This kind of humour helps balance out the tension surrounding Joanna and her medical problems.

“I discovered that the internet could be a double-edged sword. One evening when i was feeling particularly low and missing Joe, I made the mistake of Googline ‘Vietnam’ and ‘Pleiku’ and ‘bridge’ and ‘explosion’ and ‘1969’. I found a 1999 article written by a soldier who had been there. In a stroke of luck, he’d been a short distance away from the bridge during the explosion.”

I think the opening few chapters could’ve been paced a little better. The dialogue is a little unrealistic and the pacing is too fast and the events move too quickly. The pacing gets better as you move through the book, and the timeline becomes much more realistically executed.

Don’t disregard this novel because of the time travelling aspect. Many people see that in a book and think negatively towards it, perhaps changing their mind about reading that particular story. But this book is really fabulous, and it’s about so much more than time travel. This is a really engaging read, recommended for readers who love family sagas and historical fiction.