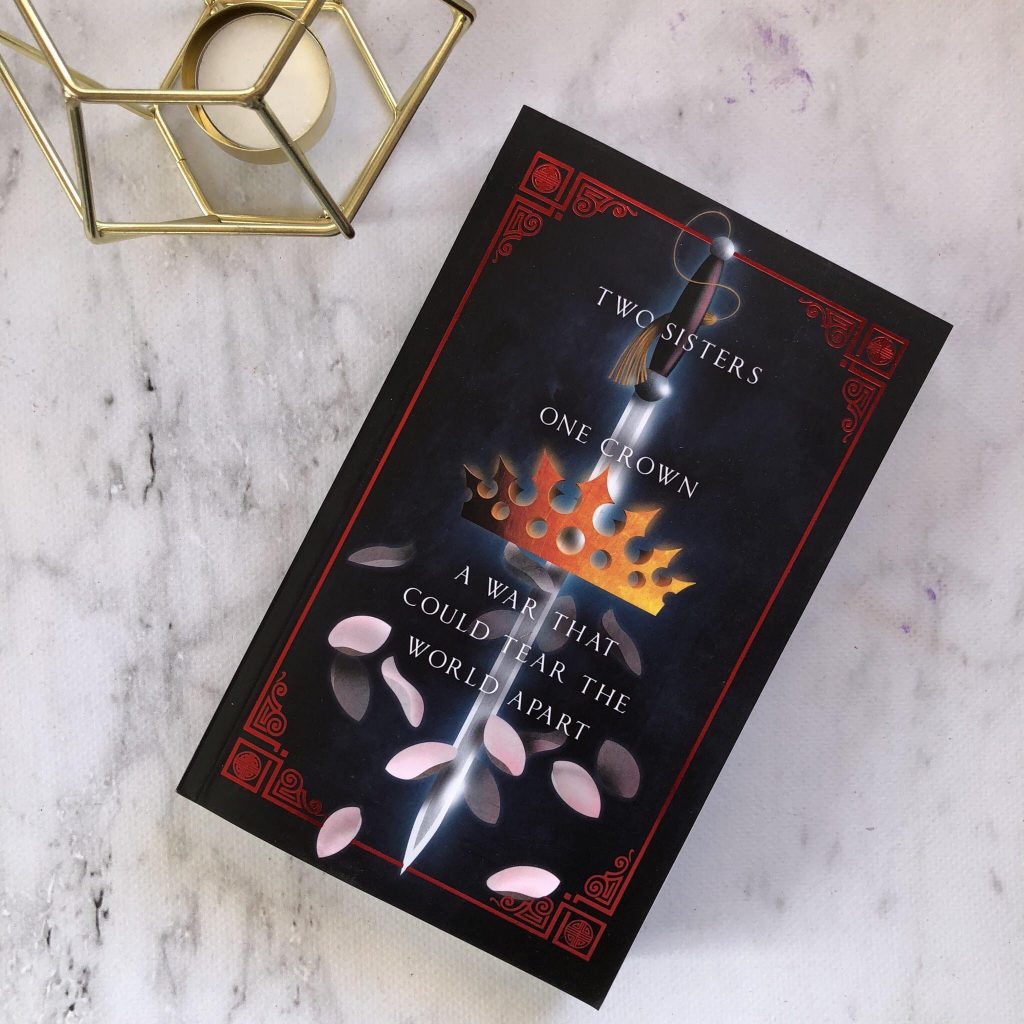 Two sisters become unwitting rivals in a war to claim the title of Emperor in this sweeping tale of ambition, sacrifice and betrayal for readers of Tomi Adeyemi, Kendare Blake and Samantha Shannon.

All hail the Girl King

Sisters Lu and Min have always known their places as princesses of the empire. Lu is destined to become the first female emperor, while Min is resigned to a life in her shadow. When their father declares their male cousin heir instead, his betrayal throws both their lives into chaos.

Determined to reclaim her birthright, Lu must flee the court in search of an ally. Her quest leads her to Nokhai, the last surviving wolf shapeshifter. After years in hiding, Nok is forced into an uneasy alliance with the girl whose family killed everyone he ever loved. Now they need an army to take back the throne.

Left alone in the volatile court, Min’s hidden power awakens. It’s a forbidden, deadly magic that could secure Set’s reign . . . or allow Min to claim the throne herself.

But there can only be one emperor, and the sisters’ greatest enemy could turn out to be each other . . .

The Girl King by Mimi Yu is the first book in a new fantasy series, about two sisters who become unwitting rivals in a war to claim the title of Emperor. This book explores issues surrounding family, sacrifice, ambition, prophecy, destiny and betrayal, perfect for young adult readers.

This debut is amazing — refreshing, unique, enthralling and extraordinary. I went into this book completely blind, having never heard anything about it. It was delivered to my door as an unsolicited request from Hachette Publishers, and I’m so so glad they sent me a copy. I demolished this book, and I’m now so eager for the sequel.

There are many characters in the book, but the main protagonists are princesses and sisters Lu and Min, and Nok, an apothecarist’s apprentice living in a poor village in the city’s North. When Lu flees home, she crosses paths with Nok — who has his own special abilities — and they work together to overthrow Set and his army.

Lu is determined but naive, which aligns with her privileged upbringing and her young age. She is determined to be the dynasty’s first female ruler, and her father’s betrayal is not going to stop her from being Empress.

“Chaos broke. Shouts went up from her men — there was a flash of steel as weapons were drawn. A crossbow twanged and someone in Hu reds fell to the ground. Lu tried to track who it was, who had shot — who, if anyone, was on her side, and who was the enemy.”

Lu is very flawed and the people she meets on her journey are not shy in acknowledging that. It’s refreshing. Lu is too young to possibly know everything she can in order to overthrow and rule her family’s dynasty. She needs to grow up and mature, and she needs allies. She needs to learn to trust others and honour promises, and she needs to learnt to connect with people so that they can trust her as a future ruler.

Set may be young, but he’s a great villain. He’s cunning and clever, he’s brash and careless. He’s also overconfident; he’s not as skilled as Lu in combat or swordplay. He’s a child. He’s unprepared for what he’s been thrust into, and once the Empress pulls the right strings to allow Set to be the new Emperor, he disregards her and pushes her aside and that’s probably one of the biggest mistakes he makes in this book.

Min is forever overlooked. The second sister, never destined to rule. She never receives the same kind of attention or training from her father. But she is not to be ignored. Unbeknownst to her, she harbours very powerful and effective magic that once unleashed, changes the empire and has a big impact on the war between her and her sister Lu.

“Lu felt a familiar pinprick of annoyance. Sisters, she was fairly certain, were supposed to present a unified front against their parents. Min acted more like a twice-shot, over-burdened messenger, running ragged between Lu and their mother, trying to keep the peace. Their mother was a tyrant, true, but if only her sister would stand up herself now and again.”

The plot moves quickly and the characters are all three-dimensional, full-fleshed out. It’s easy to become lost in the story, reading chapter after chapter, desperate to get to the end. The writing is smooth and visual, with effective dialogue and vocabulary used to allow the reader to visualise what’s happening.

I felt like Min’s magic, and her abilities, weren’t really explained as clearly as they could’ve been. I don’t 100% understand the magic she is able to do, and what the magic inside her means for her surroundings, but I believe this may become clearer as the series progresses.

Despite this, I cannot recommend this book highly enough. This is my first 10/10 for 2019, and I think anyone who loves fantasy books, or sagas or series will love this. But truthfully, I think all readers — young and old — will enjoy this story.