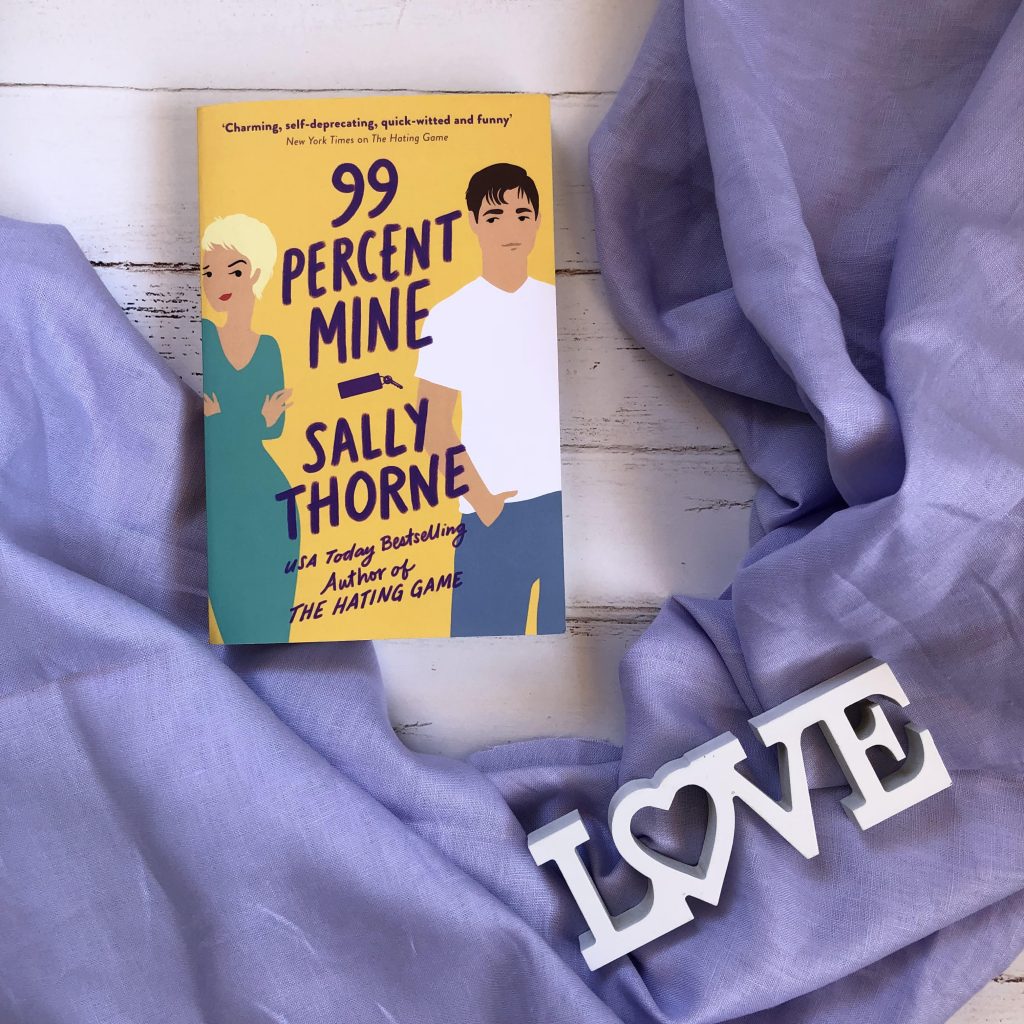 Crush (n.): a strong and often short-lived infatuation, particularly for someone beyond your reach…

Darcy Barrett found her dream man at age eight – ever since, she’s had to learn to settle for good enough. Having conducted a global survey of men, she can categorically say that no one measures up to Tom Valeska, whose only flaw is that he’s her twin brother’s best friend – oh, and that 99 percent of the time, he hasn’t seemed interested in her.

When Darcy and Jamie inherit a tumble-down cottage from their grandmother, they’re left with strict instructions to bring it back to its former glory and sell the property. Darcy plans to be in an aisle seat halfway across the ocean as soon as the renovations start, but before she can cut and run, she finds a familiar face on her porch: house-flipper extraordinaire Tom’s arrived, he’s bearing power tools, and he’s single for the first time in almost a decade.

Suddenly Darcy’s considering sticking around – just to make sure her twin doesn’t ruin the cottage’s inherent magic with his penchant for chrome. She’s definitely not staying because of her new business partner’s tight t-shirts. But sparks start to fly – and not just because of the faulty wiring. Soon, a one percent chance with Tom is no longer enough. This time around, Darcy’s switching things up. She’s going to make Tom Valeska 99 percent hers.

99 Percent Mine by Sally Thorne is a heartfelt romance novel about two friends who grew up together and who might finally have their chance to start a relationship.

The timing never quite worked out for Darcy and Tom, and so Darcy buried her feelings about Tom and learnt to never get attached to anyone or any place. Tom has been in a relationship with another woman for almost ten years and so Darcy always assumed her love for Tom was unrequited and it was never going to happen between the two of them. But when Tom comes back into Darcy’s life and is now single, there’s a chance that her and Tom can finally be together. There’s a chance he feels the same way about her too.

Darcy Barrett is an interesting protagonist, a witty, self-deprecating woman who is bold, brash and very herself. She makes no apologies for who she is, and she doesn’t let other people’s opinions of her affect how she acts. She’s quite a unique main character for a romance novel, and a breath of fresh air to the genre.

The romance in the book is a slow-burn, building tension and anticipation for the climax of the story. This book will satisfy any reader looking for a good love story.

“I haven’t seen the colours of sunrise in a long, long time. In my old life, I’d be loading my car with photography gear even earlier than this and heading off to a shoot, a slave to this buttercream light. Everyone looks beautiful in this glow. It airbrushes in a way that my software package never could. It puts a flush in everything it touches.”

Darcy, Tom and Darcy’s brother Jamie have been friends since they were all kids. When they were eight years old, Tom got locked out of his house and turned up on their doorstep. It’s been eighteen years and Darcy has had a crush on him ever since.

Darcy and Tom have a lot of sexual chemistry that leaps off the page, and Sally Thorne has nailed the dialogue between them. It’s funny but also emotional, and one of the main strengths of the book.

There are many times in the book where it feels like Darcy is playing games with Tom, toying with him and making him suffer around her. I think this shows Darcy’s character — she’s confident and outgoing, but I think this masks her inner pain and confusion around Tom, and she is playing games with Tom so she can avoid really thinking about their friendship and where it’s possibly going.

Darcy’s best friend Truly is a fun addition to the novel, bringing humour and heart into Darcy’s life. Darcy may move around a lot and she doesn’t commit to guys or relationships, but her friendship with Truly seems to be one of the more stable parts of her life.

“Truly Nicholson is the queen of a cult indie underwear label called Underswears, and no, her name is not a nickname. Well, it was initially. She was called Truly in utero when she finally made her appearance on an ultrasound screen. That little baby was truly a miracle.”

I didn’t always like Darcy and I found her a bit mean, especially to Tom. Also, Jamie’s presence in the novel felt a little underwhelming. He’s mentioned a lot, and Darcy and Tom talk about him all the time and he’s heavily involved in the remodelling of the home, but he only appears at the very end of the novel? It felt a little jarring.

I wasn’t overly interested in the remodelling storyline because I don’t really care about construction/renovating/building etc, but that doesn’t matter. That plot just forms the skeleton of the story – the real plot is the development of Darcy and Tom’s relationship and the two of them navigating their feelings for the other person.

I’d recommend this to lovers of romance and contemporary fiction, and anyone who read and loved Sally’s previous novel The Hating Game. 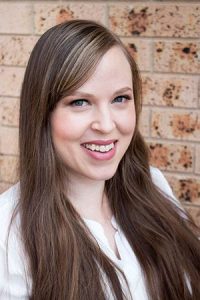 How did you find writing 99 Percent Mine compared with The Hating Game?
I’ve never intentionally written a book before. The Hating Game was written as a gift for a friend’s birthday and I had no plans to publish it. However, that book wanted to get published very much, and it turned out to be a smash hit.   Writing the second book was very hard. I’ve never experienced success before, and I haven’t had to follow anything up. The Hating Game felt like a fluke to me. I got writer’s block for a very long time. People would ask me how I was dealing with the pressure. I wasn’t dealing well at all. A successful book on sale in 25+ countries didn’t feel so great when I could barely write a single new word.

But, like anyone who’s written a book knows, you just have to ignore the voice in your head that says you’re a fraud. I nearly gave up many times, kept on going, and got out the other side. I was helped by my wonderful agent, who always told me that I’m talented and I can do it. I also had support from many established authors who sent emails to check in and helped me through it.

What’s important to your writing process?
I need a blank day on my calendar. If I have an appointment later in the day, I don’t write as well. But if I know I have all the time in the world, I can just gradually relax into that creative zone and just see what happens. It’s not a terribly practical way to get work done, but I do my best work when I have nowhere to be except my computer.

What’s not important to your writing process?
I personally don’t plot out my book beforehand, I just write the relationship between the characters and make things up spontaneously. I love the moments where my hands type out something I’ve never even thought of, and when characters just say things that seem perfect. I tried plotting once, but I got bored and never even started that book.

What do you think readers are looking for in a romance novel?
Intensity of emotion. It’s what I put the most effort into in my books. Every single moment that those two characters are together should feel electric. Readers want that delicious slow burn as the characters tease and back away, building up to something that should be beautiful and life changing when they finally give in to love. I want the reader of my book to feel like they’re in that character’s shoes, standing opposite that man, feeling every single heartbeat.

What do you like to read?
I like reading genres different to my own (rom com), so I do like reading Alice Hoffman’s beautiful magical-realism, Annie Proulx’s Wyoming short stories and also sexy intense dark romances. I can always count on Christina Lauren books to make me feel and laugh. I also have a penchant for Harlequin novels from the 1980s and 1990s. They’re great.
I should own up to the fact that in 2018 I was so stressed out writing 99 Percent Mine that I probably only read four or five books.

I read in an interview that you used to write fanfiction. How did that prepare you for writing your novels?
Fanfiction is something that I’d recommend to anyone who wants to try writing. It’s an in-built community who already likes a similar thing, and within that space you can really work on creating something with a point of difference. I was writing around 2008-9 and there’s an astonishing number of writers from that period who are now bestselling authors of original fiction.   I think fanfiction prepared me for writing original fiction because it was uploaded like a serial, one chapter at a time. You learn to get good at ending chapters on a little cliffhanger or leave the reader wanting more- ‘Update soon’ is a very common request in reviews. You work on your pacing and heightening the will-they won’t-they aspects of romantic relationships to play your readers like a fiddle. Back then, all we wanted was reviews. We’d actually ask total strangers for feedback. How brave! Nowadays I don’t read my reviews at all.

What’s left on your bucket list?
I want to go to Korea, I would love to have the words New York Times Bestseller after my name and I’d love to sit in the cinema one day to watch The Hating Game movie.

And lastly, what are you working on next?
On the Hating Game movie front, the option was sold and is now in the development stage- David Mirkin (The Simpsons Movie, Romy and Michelle’s High School Reunion) is attached to direct it, a fabulous funny screenplay was written by Christina Menghert (I had input- how fun) and I’m hoping to have some meetings when I go over to the US in April for my book tour. I also signed another two-book contract for HarperCollins in December, and am drafting my third book.