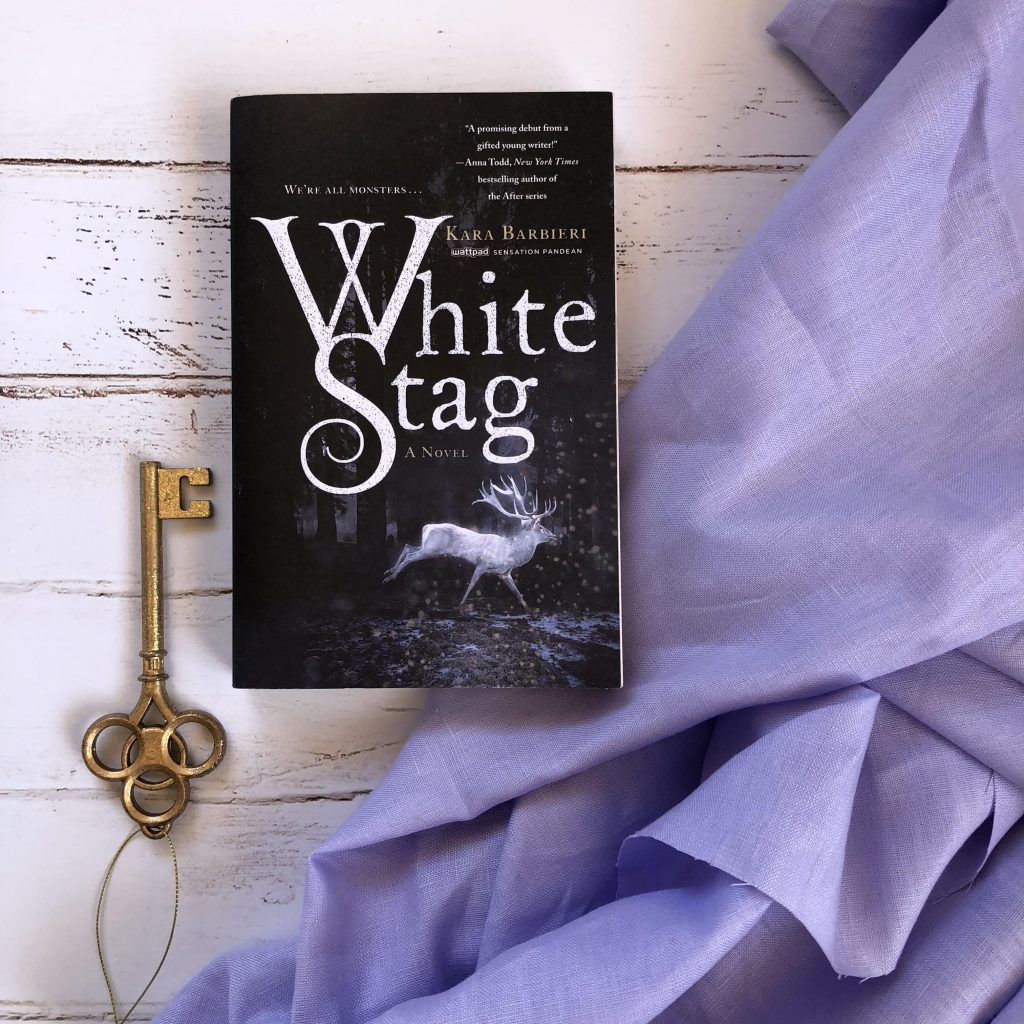 As the last child in a family of daughters, seventeen-year-old Janneke was raised to be the male heir. While her sisters were becoming wives and mothers, she was taught to hunt, track, and fight. On the day her village was burned to the ground, Janneke—as the only survivor—was taken captive by the malicious Lydian and eventually sent to work for his nephew Soren.

Janneke’s survival in the court of merciless monsters has come at the cost of her connection to the human world. And when the Goblin King’s death ignites an ancient hunt for the next king, Soren senses an opportunity for her to finally fully accept the ways of the brutal Permafrost. But every action he takes to bring her deeper into his world only shows him that a little humanity isn’t bad—especially when it comes to those you care about.

Through every battle they survive, Janneke’s loyalty to Soren deepens even as she tries to fight her growing attraction to him. After dangerous truths are revealed, Janneke must choose between holding on or letting go of her last connections to a world she no longer belongs to. She must make the right choice to save the only thing keeping both worlds from crumbling.

White Stag by Kara Barbieri is the first book in a new dark fantasy series, featuring a large cast of magical creatures and abilities. This book was originally self-published and after it became a success, White Stag was picked up by a major publisher for print distribution.

Before the story has even begun, there are trigger warnings — There are things in this book that you may find distressing or disturbing. Be warned there is content in this book that may trigger you. — and an author’s note where Kara addresses to readers what you can expect to come across in the book. Trauma, sexual violence, rape, assault, mutilation, eating disorders and body dysmorphia are all topics that come up throughout the novel. I think readers who have experienced violent pasts will appreciate these notices, and it will help them decide whether or not this is a book they would like to read.

Janneke is a human girl who was kidnapped when her entire village and family were murdered over a century earlier. She was taken across the border by goblins and has been living as a goblin thrall in a land called the Permafrost — she ages slowly and her body adapts to live with goblins. She starts to become like them, against her will.

“If I could forget where I was, who I was with, what I was doing, it was almost as if I were back home so many years ago, hunting for my family. My heart sank in my chest; that would never happen again. Even if I managed to escape this and live in the human world, there was a nagging part of me that feared I would never belong.”

Lydian abused and mutilated Janneke for just under one year before passing her off to his nephew Soren. It’s been 100 years since Soren claimed ownership of Janneke, and her pain is very much still present and raw. She has flashbacks over what Lydian did to her, but Soren seems caring and trusting and he treats her better.

Janneke really learns what she wants out of her life, and she discovers who she is among all these strangers and villains. She morphs into who she is meant to be.

You do have to suspend your disbelief a fair bit for this book, because even though this is fantasy and therefore anything is possible, the idea that a human can turn into a goblin because she’s been among them for so long does seem a little farfetched.

This first novel is really about the ancient goblin hunt. The Goblin King dies and so there’s a hunt to find the next goblin king. Soren and Lydian go up against each other, and there are high stakes involved. Janneke is at risk of being returned to Lydian. Soren is at risk of death.

Janneke accompanies Soren on this ancient hunt, and that’s when she must choose who she is meant to be. Her humanity is starting to fade and the goblin spirit within her is developing and growing stronger. It scares her.

Humans living in the Permafrost usually die after a few years, so the fact that Janneke is still alive after a century shows you just how strong and determined she is. She’s smart and she’s resourceful, and she and Soren bond over the course of the novel. They both need each other; they make each other stronger.

“He reached out and brushed my cheek with his thumb. i shivered, but not from fear. There was something burning deep inside of me that was beginning to make itself noticed. Something about his soft words and caresses, the strange mingle of fury and concern drew me close.”

Recommended for fans of fantasy, science fiction or paranormal fiction.

Please note the trigger warnings. I found some of the scenes very graphic and very violent and distressing. I can’t begin to imagine how sexual assault survivors may react to this book, so if that’s you, be aware before diving into this story.