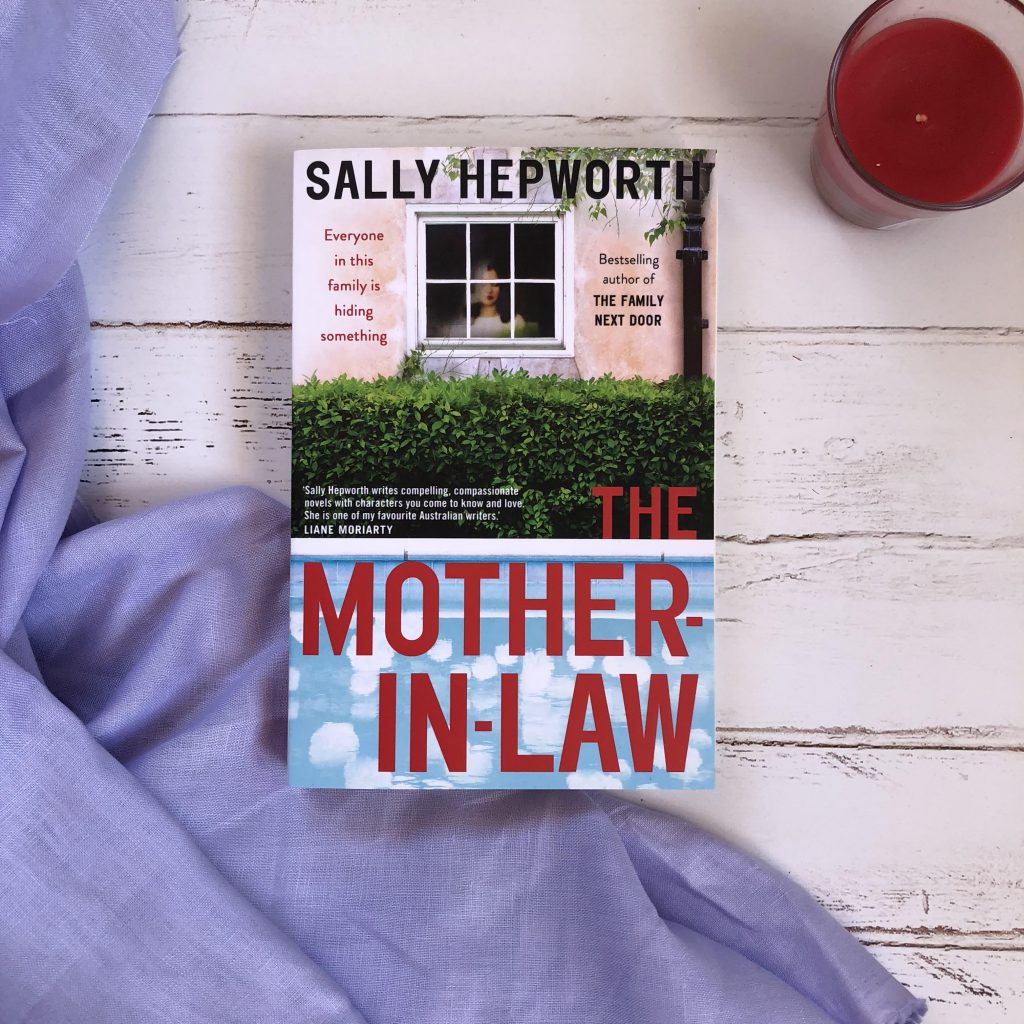 Someone once told me that you have two families in your life – the one you are born into and the one you choose. Yes, you may get to choose your partner, but you don’t choose your mother-in-law. The cackling mercenaries of fate determine it all.

From the moment Lucy met Diana, she was kept at arm’s length. Diana is exquisitely polite, but Lucy knows, even after marrying Oliver, that they’ll never have the closeness she’d been hoping for.

But who could fault Diana? She was a pillar of the community, an advocate for social justice, the matriarch of a loving family. Lucy had wanted so much to please her new mother-in-law.

That was ten years ago. Now, Diana has been found dead, leaving a suicide note. But the autopsy reveals evidence of suffocation. And everyone in the family is hiding something…

From the bestselling author of The Family Next Door comes a new page-turner about that trickiest of relationships.

The Mother-In-Law by Sally Hepworth is a complex, emotionally charged novel that will keep readers engaged, entertained and eager for the next page. I loved it.

Lucy shares a rather complicated relationship with her mother-in-law Diana. She’s prickly, to say the least. She’s harsh, blunt and she speaks her mind. At times she makes Lucy feel small and unimportant and like she doesn’t matter. Lucy lost her own mother at the age of thirteen, and she is disappointed that her relationship with Diana is so fraught and tried.

And then Diana is murdered.

“In the three days since Diana died, I haven’t cooked a meal, done a load of laundry or been to the supermarket. I haven’t disciplined a child, helped anyone with homework or hidden any vegetables in spaghetti sauce.”

I loved that Diana’s character never changed. Her personality and her reasons for her decisions may not make a lot of sense to readers, but she’s the kind of person who remains the same person throughout the novel.

Sure, she warms to Lucy and she learns to admit when she’s misjudged someone, but she has values and morals and she sticks to them. She’s an interestingly unique character and I quite liked her, even if some of her decisions had catastrophic results.

The basis of Diana’s difficult behaviour is that she had a really difficult childhood and she had to build her extravagant lifestyle from nothing. She thinks the best thing that she can do for her children is give them no money and very little help, thereby forcing them to build their lives themselves and not rely on other people when in need of help.

“After Tom badgered me for years, I finally relented and allowed Ollie and Nettie to attend schools with term fees high enough to feed an entire Afghan village for a year. Years later, I’m still doubtful as to whether the schools were any better than the local ones.”

The novel keeps you guessing, wondering who Diana finally frustrated enough for them to murder her. Because Diana is, at times, very infuriating. And I imagine being her child would be incredibly difficult at times.

Sally Hepworth builds tension well, maintaining a consistent pace throughout the novel so that the reader feels like they’re getting enough enough information to piece together the story, but not too much that the ending is predictable or obvious.

Sally also illustrates motherhood and parenting really well, showing readers the harsh reality of what it’s like when you’re looking after a baby, especially if you’ve got other children you’re looking after too. The book switches back and forth between present and past and we read about Lucy’s journey into motherhood, but we also read about Lettie — Lucy’s sister-in-law — and her struggles with fertility. She and her husband desperately want children but Lettie struggles to fall pregnant and her and her husband struggle to save the money to pursue alternate means of conceiving, such as IVF or surrogacy.

“She glances over her shoulder, then spins on her stool so she is facing me. She’s lost weight. Her eyes look more prominent in her face. And her hair has a dull look, like it hasn’t been washed in a while.”

This book seems to blend a number of different genres — it’s a mix of literary fiction, but also family saga, crime, thriller and mystery. It’s a delicious concoction that I devoured.

The Mother-In-Law is an astounding book, difficult to fault. Recommended for all readers of any genre. 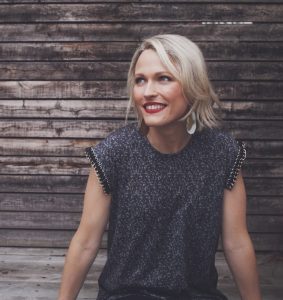 Firstly, tell us a little bit about your latest novel, The Mother In Law?

The Mother in Law is a novel about the investigation into the unexpected death of a wealthy matriarch, and mother-in-law. But on a deeper level it is about the relationship between that matriarch, Diana Goodwin, and her daughter-in-law, Lucy, and the difficulties they have as they try to forge a relationship.

Here is how my publisher describes the book:
From the moment Lucy met Diana, she was kept at arm’s length. Diana is exquisitely polite, but Lucy knows, even after marrying Oliver, that they’ll never have the closeness she’d been hoping for. But who could fault Diana? She was a pillar of the community, an advocate for social justice, the matriarch of a loving family. Lucy had wanted so much to please her new mother-in-law.

That was ten years ago. Now, Diana has been found dead, leaving a suicide note. Lucy and Oliver wonder if her treatment for cancer had worn her down.

The autopsy finds that Diana didn’t have cancer, but it does reveal evidence of suffocation. Someone wanted Diana dead. And everyone in the family is hiding something…

What does a typical writing day look like for you?
I work 10 hours a day, 4 days a week. On those days, my day tends to look like this:
-8am: I arrive at the library, go through my emails and clear my inbox.
-9am: I do any writing related work that isn’t writing (for example if I have an article to write, or a Q&A to complete, or a cover to approve, I’ll do that first).
-10am: I move into the book part of the day. If I’m writing a first draft, I’ll focus on work count—around 2,000-3,000 words a day. If I’m editing, I’ll focus on how many pages I want to edit (3-5 chapters per day). I don’t always get to my goal, but it helps to aim for something.
-1pm: lunch
-2pm: more writing / editing
-5pm: Clear my inbox again.
-5:30pm I walk home.

What do you think is vital when writing suspense and mystery?
Unanswered questions are really the definition of suspense, aren’t they? I think so. I can’t quit a book if there are questions yet to be answered. Maybe that’s just me? Ideally your story should start with one or two unanswered questions, and then more should be introduced as the story goes along.

What element of novel writing do you most struggle with?
Editing. How I loathe editing! I adore creating a first draft, for me that is when I feel the energy flowing. But editing seems to exercise a different muscle, and for me, it doesn’t matter how often I do it, it is a muscle that is out of shape. What can I say? I prefer building to renovating ☺

What element of novel writing do you think is your biggest strength?
I think I’m quite good at keeping the pages turning. I achieve this through short chapters, creating cliffhangers at the end of each chapter, and leaving plenty of unanswered questions dangling throughout the book.

What do you think is key to writing relatable, realistic relationships?
I try to look to my own relationships, and the relationships of people I know, to create situations that feel real. It also helps to step into each character’s skin, see the world through their eyes, and understand what drives them, what motivates them. Writers need to be deeply empathetic to create authentic characters, and be prepared to explore a point of view that is different to their own. They also have to steer away from making a character a villain, simply because they have made a poor choice. The best people (in fiction and in real life) have flaws and strengths, failings and assets.

What have you learnt with each new book you’ve written? Has your writing process improved?
Honestly I’m not sure my process has improved! It feels just as muddled as ever. In fact, I’m constantly plagued by the idea that someone else is doing it better (fortunately all my writer friends also feel like this, so I figure it’s just part of being a writer). As for what I’ve learned, it’s been different for each book, but the most important thing I’ve learned is that eventually I will finish this book (even if it doesn’t feel like it at the time).

Finally, what are you working on next?
I’m currently editing my 2020 book, which is about three couples who end up at a swingers party.