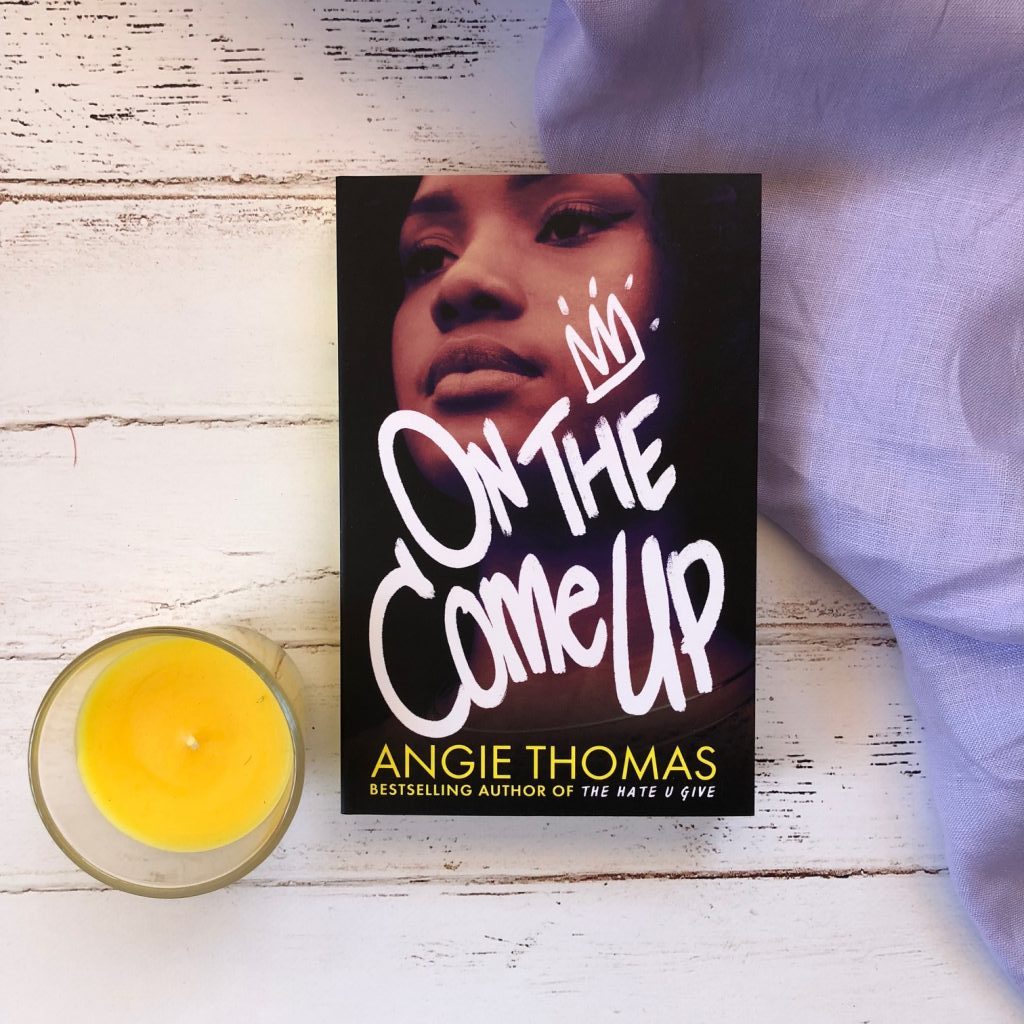 The award-winning author of The Hate U Give returns with a powerful story about hip hop, freedom of speech and fighting for your dreams, even as the odds are stacked against you.

Bri wants to be one of the greatest rappers of all time. As the daughter of an underground hip hop legend who died right before he hit big, Bri’s got massive shoes to fill.

But when her first song goes viral for all the wrong reasons, Bri finds herself at the centre of controversy and portrayed by the media as more menace than MC. And with an eviction notice staring her family down, Bri no longer just wants to make it – she has to. Even if it means becoming the very thing the public has made her out to be.

On the Come Up is the highly anticipated second novel from Angie Thomas, exploring racism, class, wealth and status, and also identity. Bri is a talented young rapper who wants to help lift her family out of poverty — her father was shot dead 12 years earlier by a rival gang and her mother Jay has recently lost her job. Jay used to be a drug addict and those years of unemployment mean that it’s really hard for her to find a new job. They’re struggling to pay the bills and Bri hopes that her rapping — and any money that comes from that — will help her family.

All she knows is she wants to be on stage, performing for crowds. And when she does that, people listen. They cheer for her. Her talent and her ambition mean that her debut single On the Come Up becomes an overnight sensation. Radio hosts want to talk to her and kids are singing her lyrics in their cars.

But most people misunderstand her lyrics. Her song is about challenging and deconstructing stereotypes and calling out the unfairness of authority, but when people hear it they take it as proof that she’s a dangerous person.

When she sings her lyrics — “Strapped like backpacks, I pull triggers. All the clips on my hips change my figure” — it sounds to others like she’s boasting about violence and guns and painting herself to be an angry, black girl capable of killing cops. People misunderstand what she’s trying to say.

On the Come Up explores talent and ambition, and the road blocks that come with that, not only for someone so young but for a person of colour who comes from a poor family. Bri is expected to be a certain kind of person because of where she comes from. Because of who her father was. And with that comes the expectation that she’ll rap about topics or situations that she knows nothing about.

At first, Bri doesn’t care. She’s rapping about what she wants and people are loving it. And then she catches the eye of a music manager and he’s pressuring her to be the kind of artist she never wanted to be, and it’s hard for Bri to choose the right path.

“Thing is, sometimes I follow the rules and still deal with crap. Sonny, Malik, and I went into a comic shop a few months back, and the clerk followed us around until we left the store. Malik recorded the whole thing on his camera.”

There are no repercussions for the two security guards who did this. They return to work, and members of the public flock to support them. Bri feels wronged, like no matter what she does she’ll always be seen as the troublesome, angry black teenager because of the colour of her skin and where she comes from.

“Suddenly, it’s as if that punch was the green light some students were waiting for. A cluster of boys charge Long and Tate, taking them to the ground. Curtis is one of them. Fists fly and feet kick.”

This book is very powerful, and important for readers who come from a place of privilege. There’s a lot happening between the pages of this book that many readers will never come to understand.

This is not just recommended for teenage readers or young eyes. All readers will enjoy this story — all readers will find something in this book that will help them better understand a world they probably don’t know anything about.

On the Come Up
Angie Thomas
February 2019
Walker Books Australia