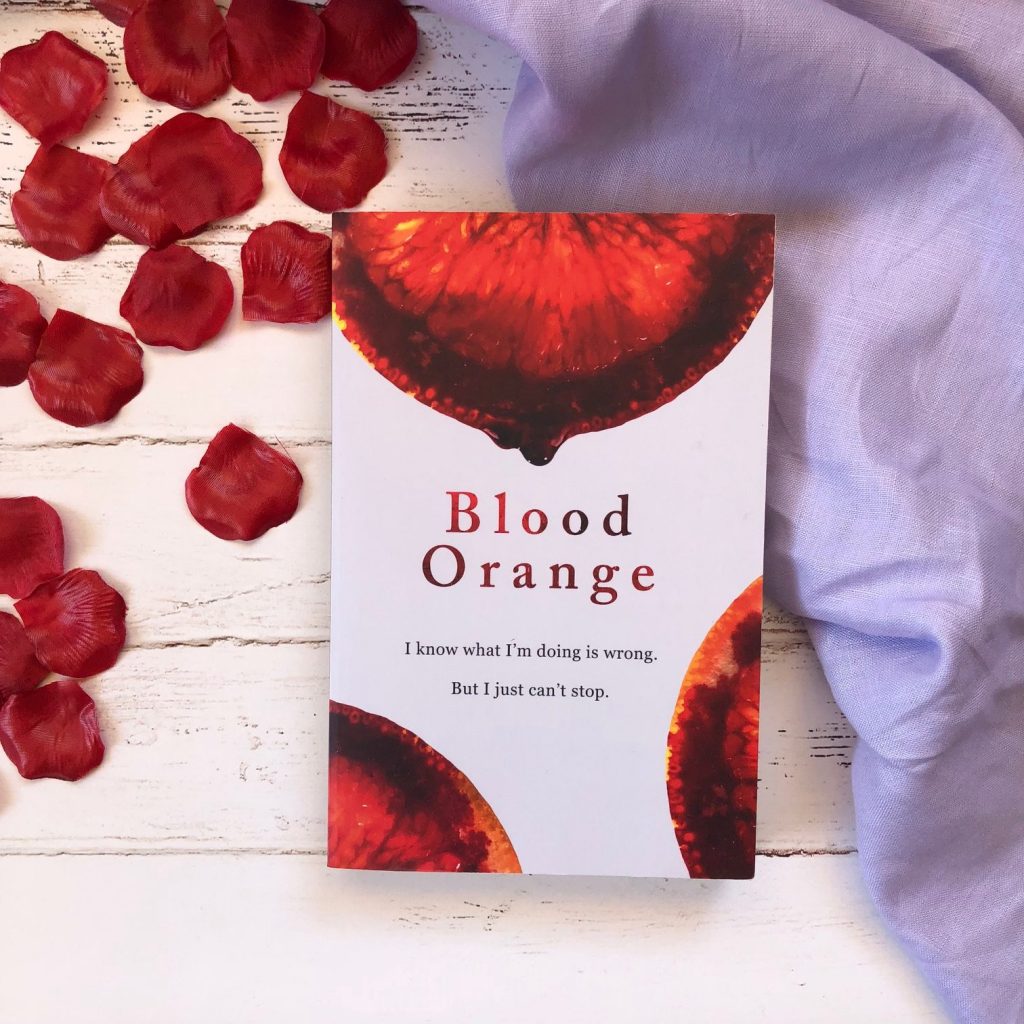 Alison has it all. A doting husband, adorable daughter, and a career on the rise – she’s just been given her first murder case to defend. But all is never as it seems…

Just one more night. Then I’ll end it.

Alison drinks too much. She’s neglecting her family. And she’s having an affair with a colleague whose taste for pushing boundaries may be more than she can handle.

I did it. I killed him. I should be locked up.

Alison’s client doesn’t deny that she stabbed her husband – she wants to plead guilty. And yet something about her story is deeply amiss. Saving this woman may be the first step to Alison saving herself.

I’m watching you. I know what you’re doing.

But someone knows Alison’s secrets. Someone who wants to make her pay for what she’s done, and who won’t stop until she’s lost everything….

Blood Orange by Harriet Tyce is a debut thriller novel about murder, sex and family, and one woman’s messy life — personally and professionally.

After working for 15 years, British barrister Alison Wood has just been assigned her first murder case. Madeleine Smith is accused of murdering her husband after she was found next to his body, covered in his blood. Madeleine is ready to confess, and is not interested in a defence. But Alison convinces her otherwise. She knows there’s more to the story, and she’s determined to work hard on the case.

Alison is harbouring a very severe alcohol problem, drinking heavily every night and often coming home very drunk. Her husband Carl is the main carer for their 6-year-old daughter Matilda and he spends most of his time being disappointed in his wife for her behaviour. She’s incredibly neglectful. At one point in the novel, Carl’s friends come over for dinner and Alison gets drunk and screeches out terrible karaoke, and the two guests leave early, embarrassed.

“I look at the dresses hanging up in my wardrobe and pull one out, a wrap dress I’ve always liked. Carl’s never been that keen on it — something about the length — but I think it suits me. I fold it and put it into the bad I’ve laid on the bed…I pull the wrap dress out of the bag and hang it back up again. Then I take out the dress he bought me a couple of Christmases ago, the time we screamed at each other for hours after we’d finished dinner.”

I think some blurb re-wording is needed. In the synopsis, it says Alison has a ‘doting husband’. That should actually read ‘a manipulative, controlling and angry husband’ because that’s no plot twist. It’s clear from the first page we meet him. Actually, at no point in the novel is he ‘doting’. Infuriating, yes. But not doting.

To be perfectly honest, I don’t think Alison is ever a likeable character. She’s too much of a mess to really sympathise for, and her career success is not redeeming enough to make the reader really care for her. She neglects her daughter a lot, and part of me is surprised she’s managed to hold down her job for as long as she has —and be good at it.

Her husband Carl is also not a likeable character, and neither is Alison’s boss Patrick. Alison and Patrick have been having an affair for some time, having rough sex after work and sometimes on weekends. Alison spends too much time wondering if Patrick is seeing anybody else, or sleeping with other women. She spends too much time hoping he’ll text her, or getting mad at him when he doesn’t return her texts or calls. At times, she acts like a teenager with a crush.

When someone finds out about her affair with Patrick and starts sending Alison anonymous, hateful messages as blackmail, she starts to worry for her safety.

“Carl doesn’t say if he’s talked to his mother about looking after Matilda for the night but I don’t want to push it — I know he’ll come around to the idea in his own time. He can see that I mean it, that I’m trying.”

What lets this book down is the obvious, not-at-all subtle hints about Alison’s psychotherapist husband, Carl. He’s clearly gas lighting her. And he’s *SPOILER ALERT* so clearly drugging her at night. She drinks alcohol, he serves her tea or water, and then she blacks out, and then she wakes up the next morning and he tells her she blacked out from the alcohol and makes her feel guilty. It was such an obvious move that I kept rolling my eyes when Alison didn’t realise. Here’s this incredibly talented, hot-shot attorney who completely owns the courtroom, and yet she can’t work out her husband is drugging her?

Additionally, the ‘twist’ in Madeleine Smith’s case was also obvious from when we first meet her and the details of the case are read out. There are just too many clues pasted throughout the novel for the reader not to see these twists coming.

Not a spoiler, but the ending — in relation to Carl — is so quick I had to reread it four times just to check I had understood correctly what had happened. In 2-3 pages, something major happens and it’s so random and personally, I felt that it didn’t fit the book at all. It’s not credible, and is so rushed. And it also means that all of Alison’s problems are solved without her having to doing anything or work that hard to fix things, and that feels like a cop out.

There are a lot of readers out there who will love this — who will love the disastrous, self-destructing marriage between Alison and Carl, and her affair with her boss. There’s a lot of people who have actually loved this book, as I can see from online reviews. But personally, this novel felt really underdeveloped and too chaotic.