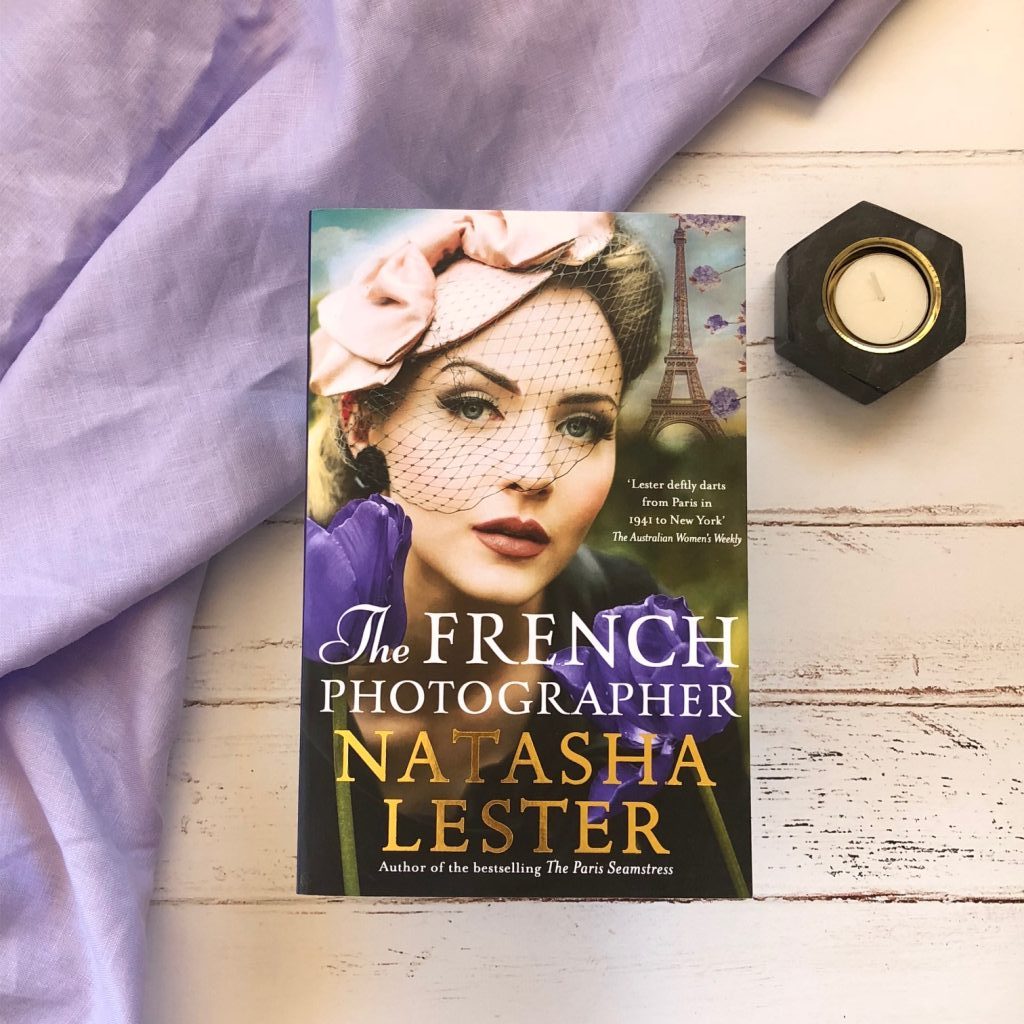 Inspired by the incredible true story of Lee Miller, Vogue model turned one of the first female war photojournalists, the new novel by the bestselling author of The Paris Seamstress.

Manhattan, Paris, 1942: When Jessica May’s successful modelling career is abruptly cut short, she is assigned to the war in Europe as a photojournalist for Vogue. But when she arrives the army men make her life as difficult as possible. Three friendships change that: journalist Martha Gellhorn encourages Jess to bend the rules, paratrooper Dan Hallworth takes her to places to shoot pictures and write stories that matter, and a little girl, Victorine, who has grown up in a field hospital, shows her love. But success comes at a price.

France, 2005: Australian curator D’Arcy Hallworth arrives at a beautiful chateau to manage a famous collection of photographs. What begins as just another job becomes far more disquieting as D’Arcy uncovers the true identity of the mysterious photographer – and realises that she is connected to D’Arcy’s own mother, Victorine.

Natasha Lester is one of my favourite Australian writers. I’ve previously read and reviewed two of her other novels, The French Seamstress and Her Mother’s Secret. All of her novels are about brave women during key historical moments — women who defy the odds and prejudices against them, and work hard to earn their success. They’re inspiring for the readers and they’re also incredibly relatable, down to earth, determined women.

“Jess’s story about Victorine and the accompanying pictures were syndicated worldwide. I can’t thank you enough, Bel had written. You’ve given Vogue credibility during this period of war that it wouldn’t otherwise have. Jess’s name was one people now knew for something other than how she looked in a dress.”

Jess has always wanted to do more than just model. She’s smart, passionate, driven, and an incredibly talented photographer. When her modelling work is put on hold because of a devious boyfriend and an old photoshoot, she sets her sights on something a little different. War is raging and Vogue need a journalist on the ground to report for their magazine.

She faces challenges because she’s injected herself into a career dominated by men. They won’t allow women close to the war, and Jess is often at the mercy of superior officers who don’t feel comfortable with Jess being so close to the war. They feel threatened by her, and perhaps at times, intimidated. They make up rumours about her, deliberately making her life difficult.

“Dan laughed and suddenly it felt normal again: Jess and Dan sharing a drink and a joke the way they’d always done. Thank God! She knew her smile was too bright for a day of mourning but she was so relieved to have restored her friendship with Dan that she couldn’t wipe it away.”

Jess’ personality is a real asset to the story. She’s feisty and quick, but also witty and very funny. She doesn’t let anyone talk down to her and she certainly doesn’t let them get away with treating her like their property.

It’s evident that Natasha did a lot of research ahead of writing this book. Jess is inspired by real-life war photographer Lee Miller, who led an extraordinary life. And there is so much intimate knowledge about photography and the war, and I could really picture every scene from the book as if it were playing out in front of me like a movie.

“At her new home on French soil, she quickly became adept at diving into the slit trench behind her tent whenever the Germans flew over at night strafing, at pretending the enormous red welts of mosquito bites didn’t itch like the devil, at never being alone, not even on the toilet — the latrine had a row of six seats and more often than not at least one or two of the other places was occupied by nurses clutching their precious rations of Scott paper.”

I’d recommend Natasha’s novels to fans of historical fiction, romance, epic war tales, and family sagas. Her books are as gorgeous on the inside as they are on the cover.