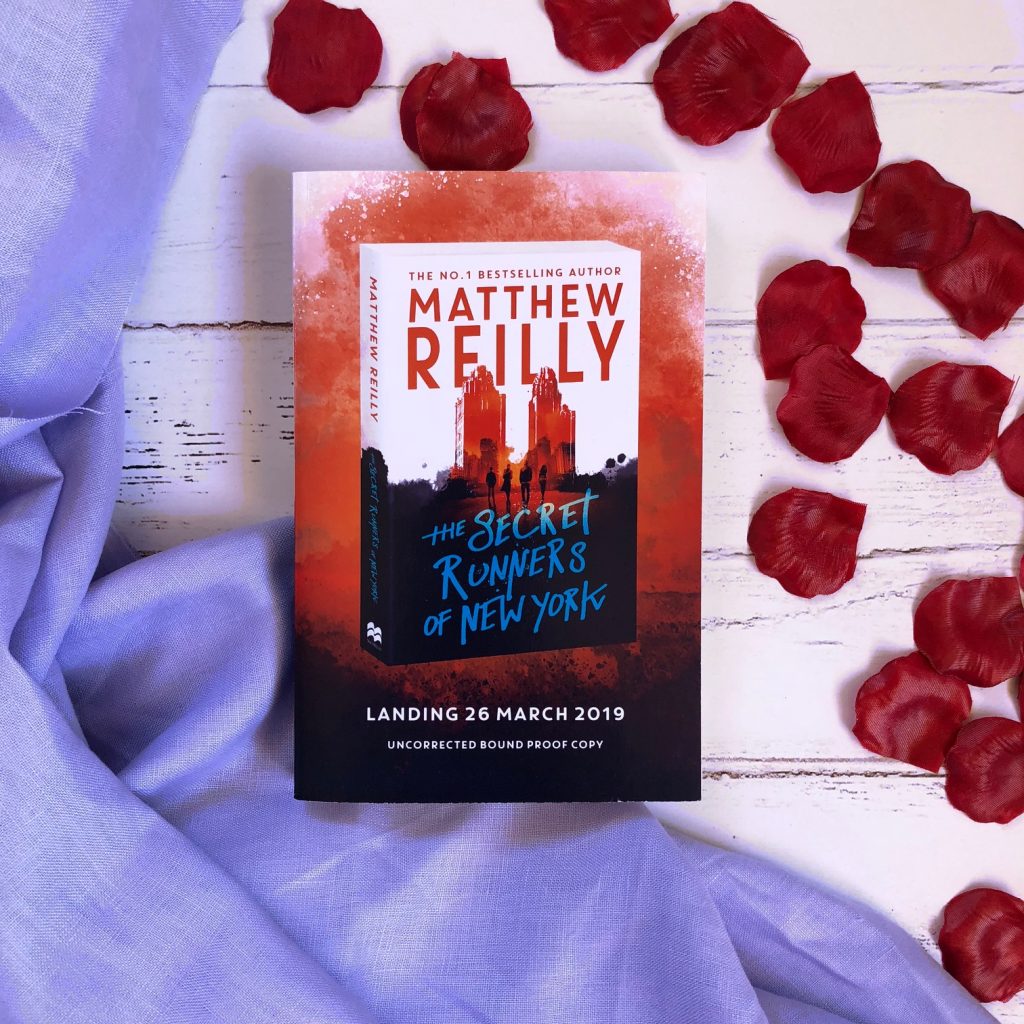 ‘The windows on all the skyscrapers are smashed…
No power, no lights, no people…
It’s a parallel New York of some kind.’

THE COMING END
When Skye Rogers and her twin brother Red move to Manhattan, rumours of a coming global apocalypse are building. But this does not stop the young elite of New York from partying without a care.

CAN YOU KEEP A SECRET?
And then suddenly Skye is invited to join an exclusive gang known as the Secret Runners of New York.
But this is no ordinary clique – they have access to an underground portal that can transport them into the future.
And what Skye discovers in the future is horrifying.

RUN! AS FAST AS YOU CAN!
As society crumbles, Skye and Red race to figure out how to use their knowledge to survive the impending annihilation, they soon discover that the chaotic end of the world is perfect time for revenge…

The Secret Runners of New York is a new standalone YA novel by well-known Australian author Matthew Reilly.

When Skye Rogers moves to Manhattan to attend an expensive private school, she befriends a group of popular girls. One of the girls — Misty — has an amulet that allows them to be transported approximately 20 years in the future, where they can run beneath Central Park.

Skye is shocked to find that 20 years in the future, the world is a wasteland. After some time, the group work out that on St Patrick’s Day in the present year, a doomsday, apocalyptic-style event had occurred that destroyed the earth.

“It was like I had been knighted or damed or whatever the hell the female equivalent of being knighted it. Both at school and outside it, Misty ushered me into her inner circle. I was in.”

Reilly’s world building is really strong, and the premise of the story is intriguing and interesting to the reader. However, this book wasn’t for me. There’s so much potential for this to be an amazing book but it fell flat.

Reilly’s shift from adult protagonists in his other works to a teen protagonist in this book isn’t the main issue.

The main issue is the lack of backstory, character development and authentic voice. The pacing is really fast, making the reader feel like the story is skipping important information, and also making us feel like the book is really rushed.

The characters are adequate, but two-dimensional. The love story feels forced and there’s very little chemistry between the characters. It feels like the romance is there because it should be, rather than needs to be. Additionally, the plot was too easily signposted and the ending very predictable.

“Even though it was only my second time inside the tunnel, it felt like my third. I think I’d mentally appropriated Red’s initial run as my own. And this run was actually more of a walk. It was not the late-night scramble that my first one had been with the larger group.”

Fans of Matthew Reilly’s previous works will discover this book, but may not necessarily enjoy it. This strays too far from his other works and is not the strongest of his collection. And if I’m being perfectly honest, I don’t think this book successfully captures the teenage female voice, or the teenage female experience.