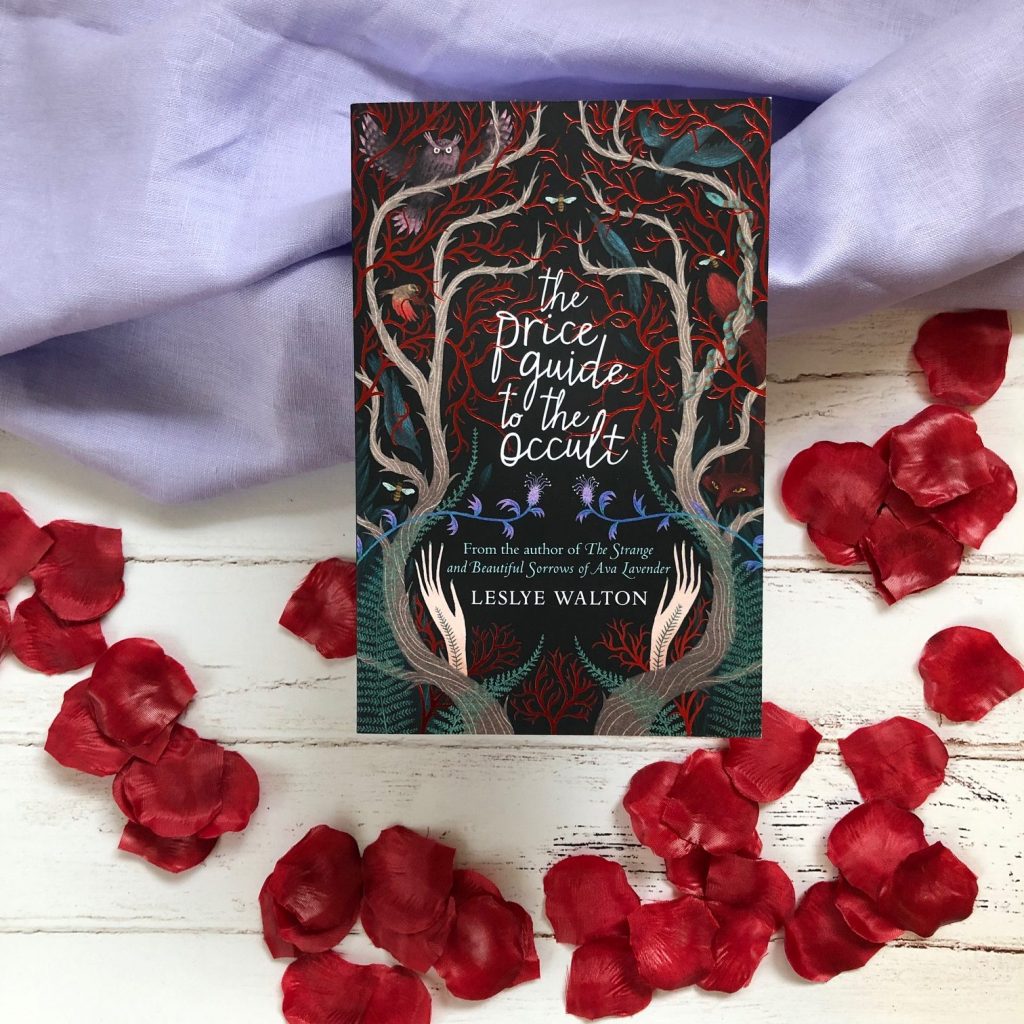 From the author of The Strange and Beautiful Sorrows of Ava Lavender comes a haunting maelstrom of magic and murder in the lush, moody Pacific Northwest.

When Rona Blackburn landed on Anathema Island more than a century ago, her otherworldly skills might have benefited friendlier neighbours. Guilt and fear instead led the island’s original eight settlers to burn “the witch” out of her home. So Rona cursed them. Fast-forward one hundred–some years: All Nor Blackburn wants is to live an unremarkable teenage life.

She has reason to hope: First, her supernatural powers, if they can be called that, are unexceptional. Second, her love life is nonexistent, which means she might escape the other perverse side effect of the matriarch’s backfiring curse, too. But then a mysterious book comes out, promising to cast any spell for the right price. Nor senses a storm coming and is pretty sure she’ll be smack in the eye of it.

The Price Guide to the Occult is a young adult fantasy novel from Leslye Walton, about a young girl and her journey towards facing up to her villainous mother.

Nor is the youngest of the Blackburn women, cursed for generations. She just wants to lead a normal teenage life, until she stumbles upon a book — written by her mother — that can cast any spell. She’s thrust into a world she doesn’t fully understand, and her evil mother — who once tried to kill her — returns into her life to wreak havoc.

Truthfully, I don’t see this novel holding the attention of a child or teenager. It struggled to hold my attention, and I’m in my late twenties. The prose is very descriptive, which at first made me admire the book, but after a while, I realised the book is actually just very overwritten and the pace very slow. The book sits at 278 pages, and if it were any longer I think I would’ve given up before the end.

“Nor watched her mother’s blood inch its way across the roof, then stop. Weakened and defeated, Fern slumped to the ground as Nor breathed a shaky sigh of relief. Perhaps the madness was finally over.”

Despite the ominous setting and the murderous plot, the stakes never felt high enough in the book. The characters never felt realistic or complex enough for me to sympathise for them, and the villain never scary enough for me to fear her. Additionally, I never really warmed to the love story or the romance of the book.

My favourite part of the book was the prologue, however it’s about Nor’s ancestor Rona and so the rest of the novel isn’t about her.

“Nor was dreaming again. In her dream, she was standing in a cold and unfamiliar room. The walls and floor were made of stone. The room had a foul door to it, a mix of rot and decay, and the metallic scent of blood. The only way out was a winding stone staircase.”

The pacing is one of the major reasons this book didn’t work for me. It takes a long time before the conflict between Fern and Nor arises, and the book weaves between past and present so often that it’s easy to get confused by events.

This book has an amazing backstory. A truly wonderful prologue. But unfortunately the rest of this book wasn’t for me.