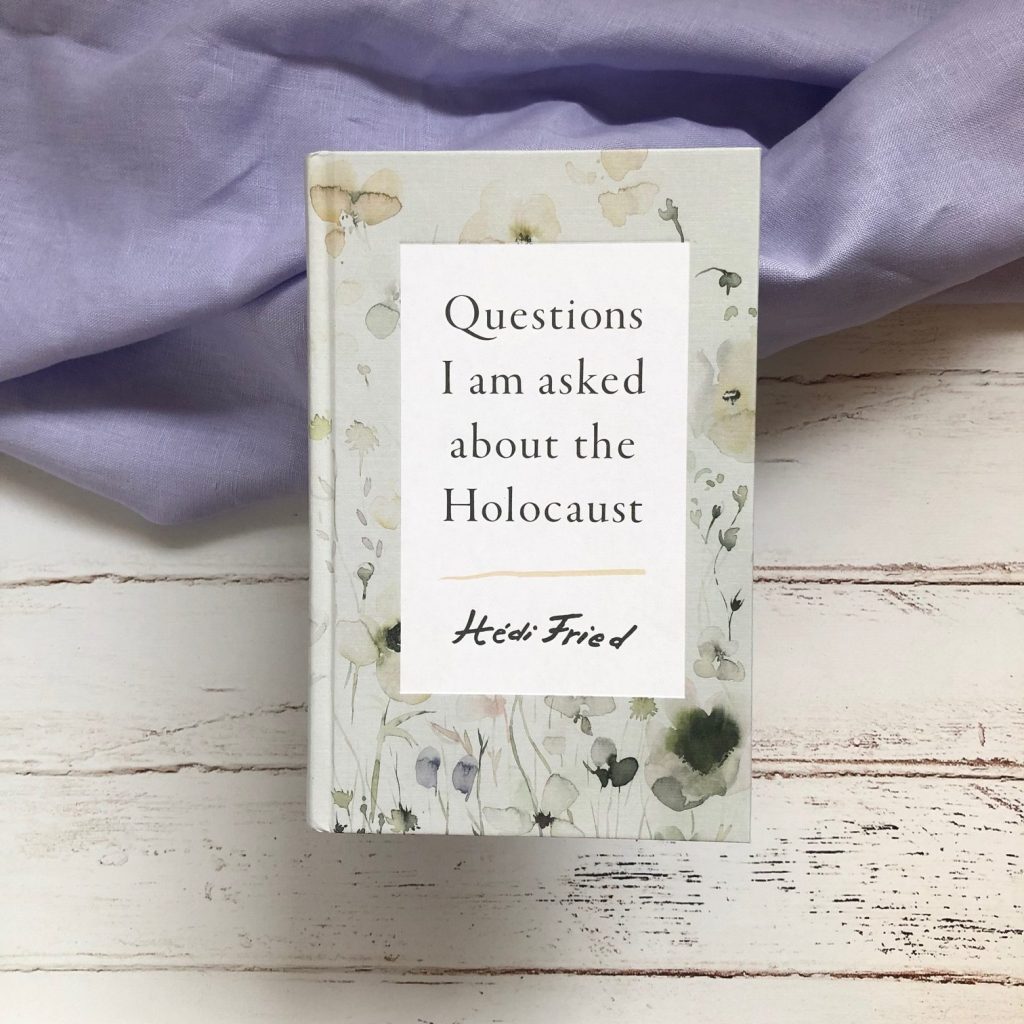 ‘There are no stupid questions, nor any forbidden ones, but there are some questions that have no answer.’

Hédi Fried was nineteen when the Nazis snatched her family from their home in Eastern Europe and transported them to Auschwitz, where her parents were murdered and she and her sister were forced into hard labour until the end of the war.

Now ninety-four, she has spent her life educating young people about the Holocaust and answering their questions about one of the darkest periods in human history. Questions like, ‘How was it to live in the camps?’, ‘Did you dream at night?’, ‘Why did Hitler hate the Jews?’, and ‘Can you forgive?’.

With sensitivity and complete candour, Fried answers these questions and more in this deeply human book that urges us never to forget and never to repeat.

Questions I Am Asked About the Holocaust is a compact, non-fiction title that is exactly as the title suggests. Heidi Fried was a prisoner in Auschwitz and has spent most of her life educating students and children about the holocaust. She has compiled a list of the most commonly asked questions, and answered them for any readers who are interested to know the answers.

There are 44 questions in total — questions about the war, Germany and Hitler. But mainly, the questions are about Heidi’s time in concentration camps.

“Why did Hitler hate the Jews?”
“What languages were spoken at Auschwitz?”
“Were you raped?”
“How many people from your hometown survived the war?”

The book isn’t very long — under 150 pages — so it’s a quick, brief read. Each question has an answer that takes up no more than a couple of pages. Some answers are very short. Half a page at best.

This would be a valuable resource in schools when covering the holocaust and World War II. It allows readers to better understand the experience of the prisoners, and how they processed what was happening to them.

At times, it’s pretty confronting. But mostly, Heidi explains her experiences very rationally and draws more upon her emotional response to things than physical description. There isn’t much graphic detail into what went on, more a factual description and then Heidi’s memory of how she felt during that time.

“Actively fighting back in 1944 would have been suicide. There should have been active resistance before the Nazis gained power. But passive resistance could still be found in Sighet. Communist cells were organised on the sly. It was all very secretive, and I, the youngest member, was allowed to participate in the ideological training.”

Questions I Am Asked About the Holocaust also serves as a warning for the future — Heidi doesn’t want the holocaust to be forgotten, because then that allows for history to repeat itself. She wants what happened to her and the other prisoners to be remembered and reflected upon, so that it never re-occurs.

This book is fascinating because even if you feel like you know a lot of details about the holocaust and concentration camps, this book offers a new perspective. Some of the questions in the book you may have been too embarrassed to ever ask, and yet it’s a little comforting to know that other people have the same questions too.