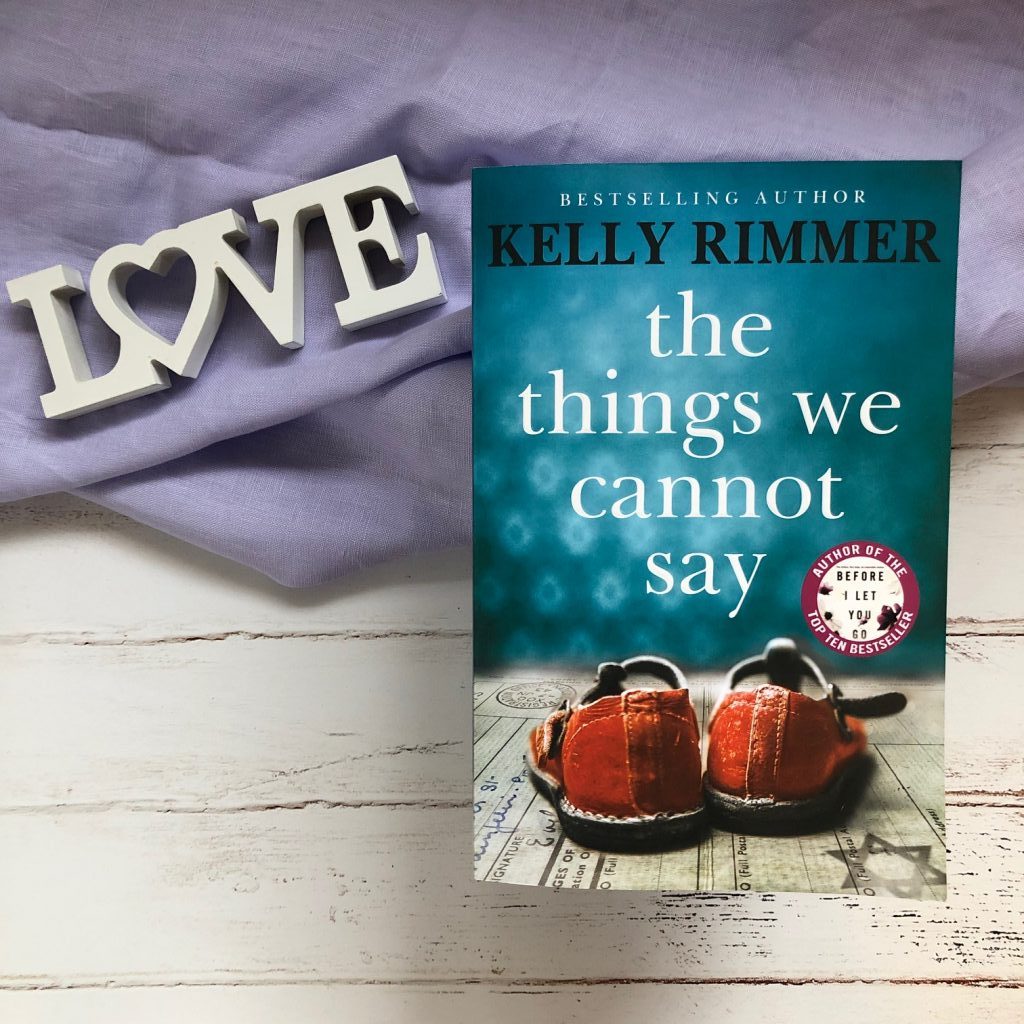 2019: Life changed beyond recognition for Alice when her son, Eddie, was born with autism spectrum disorder. She must do everything to support him, but at what cost to her family? When her cherished grandmother is hospitalised, a hidden box of mementoes reveals a tattered photo of a young man, a tiny leather shoe and a letter. Her grandmother begs Alice to return to Poland to see what became of those she held dearest.

WWII: Alina and Tomasz are childhood sweethearts. The night before he leaves for college, Tomasz proposes marriage. But when their village falls to the Nazis, Alina doesn’t know if Tomasz is alive or dead.

2019: In Poland, separated from her family, Alice begins to uncover the story her grandmother is so desperate to tell, and discovers a love that bloomed in the winter of 1942. As a painful family history comes to light, will the struggles of the past and present finally reach a heartbreaking resolution?

The Things We Cannot Say by Kelly Rimmer explores the legacy of war and the far-reaching effects of family secrets.

Like most historical fiction novels, this story has two dual POV storylines threaded together. The first, set during WWII, and the other, set in the present in 2019. The women are the centre of both storylines.

In the past, there’s Alina, a young girl whose fiancé has left for college and whose future is in doubt. And in the present, Alice is a mother of two. Her son has autism and she’s the main caretaker of her two children. She feels unsupported by her husband, who works long hours and leaves Alice to do most of the work.

“I plan out Eddie’s visual calendar, lay out his clothing and then pack his school bag — the dreidel, which he’s still taking with him everywhere he goes, his stuffed Thomas the Tank Engine toy just in case he wants it, six Go-Gurts, one can of soup and six pairs of spare underpants, each with a matching ziplock bag for the inevitable accidents.”
ALICE

I felt more emotionally invested in Alice’s storyline that Alina’s. Alina’s story felt slow. Perhaps it was the events that took place, or perhaps it was the pacing. Part of me suspects it was both. But I felt that Alina’s chapters could’ve been more succinct and punchier. There was enough emotion and heartache to keep the reader invested, but the pacing did lag a little.

Although this particular storyline is very rich with hope. Alina loves Tomasz and is desperate to see his safe return. Alina may be young, but she’s also smart, resourceful and very aware of her surroundings. She’s helpful and trusting, and she learns how to survive the sad and grim situation that she’s in.

Alice is a flawed character. She cares deeply for her son and she’s a good mother, but her attitude is, at times, constricted. She wants her husband, Wade, to help more, she wishes he understood more, but she doesn’t really allow him the opportunity to step up. She expects him to fail. Often, she keeps her mouth shut and seethes in silence. Other times, she waits until he makes a mistake and then snaps at him.

But Wade is not perfect either. He shuts himself off and focuses on his work, and as a result, he’s not the most attentive father. He allows his wife to do everything for the kids. So, when Alice goes to Poland to delve deep into her grandmother’s childhood, her husband finally realises just how much Alice has been doing for their family. He is defeated, and at a loss. But also, he learns to be the man he should’ve been all along.

This storyline is about family, marriage and sacrifice. It shows us how a marriage can change when a child requires more care than they thought. A child with autism does require a lot of attention, and that can strain any relationship.

“I still think about my big brothers. I sometimes wonder if I would have done anything different that day, if only I’d known that within a year they’d both be dead — and that those quiet moments by the train station would be the very last time I ever saw them.”
ALINA

Kelly Rimmer has captured two very different time periods — and two very different relationships. In Alina and Tomasz, we see young love torn apart by war and horror. In Alice and Wade, we see a love that has been clouded by exhaustive, complicated circumstances.

Readers will be able to relate to all of the characters in the book, even the ones who have lived through experiences that we could not possibly understand. I’d recommend this to readers of historical fiction, and those readers who love a family saga that spans decades.