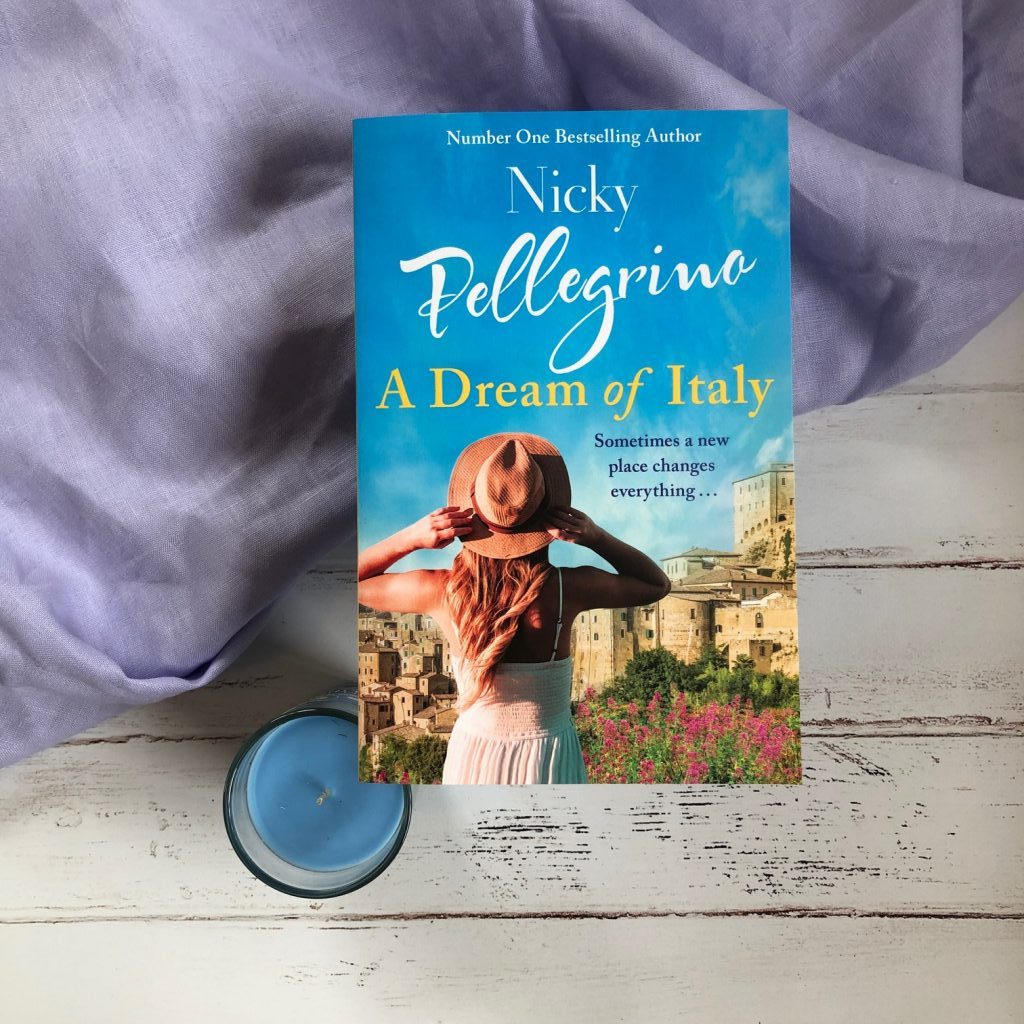 Here is your chance to buy your own home in southern Italy for less than the price of a cup of coffee. The picturesque mountain town of Montenello is selling off some of its historic buildings for just ONE EURO each. To be considered as a future resident of Montenello contact the town’s mayor, Salvio Valentini.

Many people read Salvio’s advertisement with excitement. Elise is in her twenties and desperate to get on the property ladder. Edward wants to escape a life he finds stifling. Mimi is divorced and starting afresh. And there is one person whose true motivation won’t be clear for some time.

These four people all have a dream of Italy. And it’s going to change their lives. The passionate and gorgeous new novel by Nicky Pellegrino, the bestselling author of A Year at Hotel Gondola.

A Dream of Italy by Nicky Pellegrino is a romance novel about relationships, family, identity and the notion of throwing all your plans into the wind and taking a chance on something that seems utterly bizarre and crazy.

Oh my — this was such a fun novel. I had no idea I was going to love it as much as I did. I absolutely devoured it, and I churned through the chapters within hours of picking it up. The premise is fantastic, the characters are relatable and engaging, and the setting of Italy is captured so perfectly it made me want to book a holiday straight away.

“Mimi had to stop herself calling Salvio straight away. She would let what the architect had said settle in, allow herself to think and dream a little longer before making a commitment. Still, she was so close now and, even though it wasn’t hers yet, she had the urge to buy something for the house.”

Over the course of the novel, the characters become more reassured of their decision. They learn to trust themselves more, to listen to themselves instead of others, and they grow in confidence.

My favourite storyline was Elise, whose been in a relationship with Richard for a number of years and they’ve worked so hard to buy their own property. When the home in Italy comes up, Richard is a complete killjoy. He wants to continue as they are, and Elise feels trapped. She wants to take a chance on something, and so she moves to Italy and buys the property on her own.

“Gino’s back stiffened immediately but nothing else changed. There was no lull in the conversation, the sisters didn’t remark on it, the husbands appeared not to notice. Only Gino’s father seemed to care. Edward met his gaze. The old man didn’t look unhappy, just watchful, as if he was waiting to see what might happen next.”

Just a slight negative about the book — there isn’t much renovating in the story. I thought the plot of the book would be about them getting the house, arriving, and then working on the renovation and making the houses their own. But, most of the book is the lead up to them arriving, and then the pacing starts to quicken. But we never really arrive too much at the ‘fix up’ part. I think perhaps that’s a missed opportunity, but I still enjoyed the book.