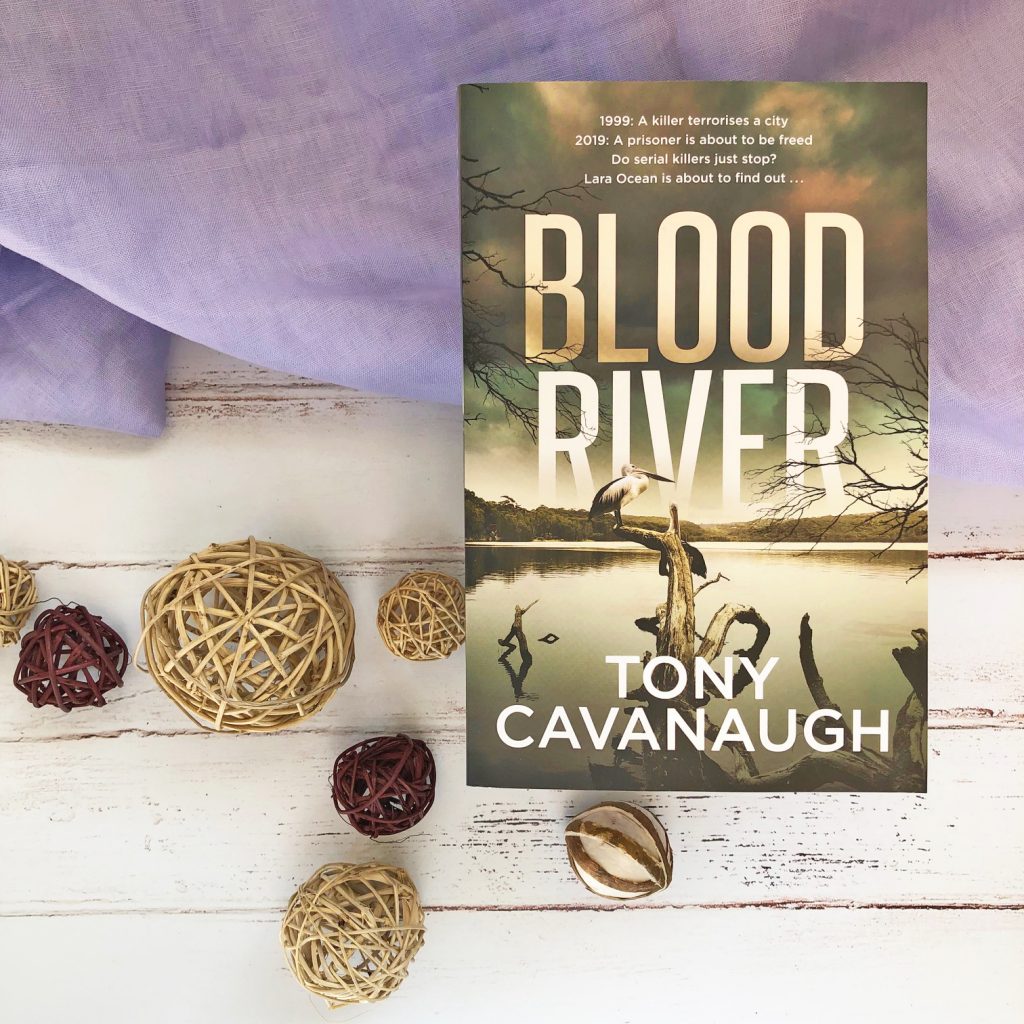 Three women. A city in fear. And a killer who will alter them all.

Brisbane 1999. It’s hot. Stormy. Dangerous. The waters of the Brisbane River are rising. The rains won’t stop. People’s nerves are on edge. And then . . .
A body is found.
And then another.
And another.

A string of seemingly ritualised but gruesome murders. All the victims are men. Affluent. Guys with nice houses, wives and kids at private schools. All have had their throats cut. Tabloid headlines shout, THE VAMPIRE KILLER STRIKES AGAIN!

Detective Constable Lara Ocean knows the look. The ‘my-life-will-never-be-the-same-again look’. She’s seen it too many times on too many faces. Telling a wife her husband won’t be coming home. Ever again. Telling her the brutal way he was murdered. That’s a look you never get used to.

Telling a mother you need her daughter to come to the station for questioning. That’s another look she doesn’t want to see again.

And staring into the eyes of a murderer, yet doubting you’ve got it right. That’s the worst look of all – the one you see in the mirror. Get it right, you’re a hero and the city is a safer place. Get it wrong and you destroy a life. And a killer remains free. Twenty years down the track, Lara Ocean will know the truth.

Blood River by Tony Cavanaugh is a gripping and glorious crime novel set in Brisbane in 1999. This is one of the best crime reads I’ve come across in the last year, and I tore through those pages in one day. I was fascinated by the storyline, the characters, the murders, and the conclusion. What a compelling read.

Three men are gruesomely murdered near the Brisbane River in 1999, and the police suspect high school student Jen. But is she really capable of the heinous crimes they’re accusing her of?

“How could I forgot. Girl after girl after girl, all saying the same: she’s weird, she carries a flick-knife around school, and what’s with the Celtic thing? And Bettany knows she’s into Satan, like worships him and stuff, rituals and stuff, and Olivia saw her in the Queen Street Mall one Sunday and she was, like, so stoned and….and….and…”

The book shifts in timeline and POV a fair bit. It’s written in first person, but switches between a teenage Jen soon after being accused of murdering three men in Brisbane, to Lara Ocean the police officer working on the case, to the unidentified killer who is trying to hide their identity.

A good crime novel is when your guesses — your theories — are wild and unrealistic, and you have no idea if you’re going to pick the twist or not. Tony Cavanaugh manages to capture this incredibly well — he has nailed the balance between revealing enough information to entice readers, but not too much where the reader feels like they’ve ‘solved it’.

“It was the case. Three victims in less than a week. It was the rain, the grey sky, the hammering relentlessness of blood and water, a river rising. It was Damon, it was mum, it was Nils and my stupid decision-making teen years that were coming back to me after I thought I had buried them and started anew.”

Police officer Lara Ocean has a complex past and her teenager years seemed pretty rebellious and disturbing — there are some similarities between her childhood, and Jen’s childhood. As a result, she’s able to look at the case from an unbiased perspective.

She’s calm and more considering of the evidence and she’s more sympathetic towards Jen, but she’s also fairly new to the job and she’s easily influenced by others. Her police partner Billy is dodgy — he doesn’t always obey rules, and he thinks he knows how to get results in a case. Additionally, Lara’s ex-boyfriend resurfaces and he is terrifying. Soon, Lara is conflicted about how to move forward with the case.

“We found her wandering through Missing Persons — how on earth did she get there? Don’t ask; police headquarters is supposed to be secure — but here was our dilemma. Jen’s mother had clearly taken some medication and was on another planet, and while, yes, she could respond and speak to us and give her approval for a record of the interview with her daughter, we had to ask ourselves; would this come back to haunt us if, if, we ever took Jen to court?”

I really enjoyed the atmosphere and setting of the book — Tony has captured the flood and the anxieties of Brisbane residents incredibly well. I could really picture the locations that were mentioned in the book, and I found it comforting to read so many references to so many Brisbane places.

If you love crime fiction, please buy this. You won’t regret it. It’s mesmerising and memorable, taunting and terrific.