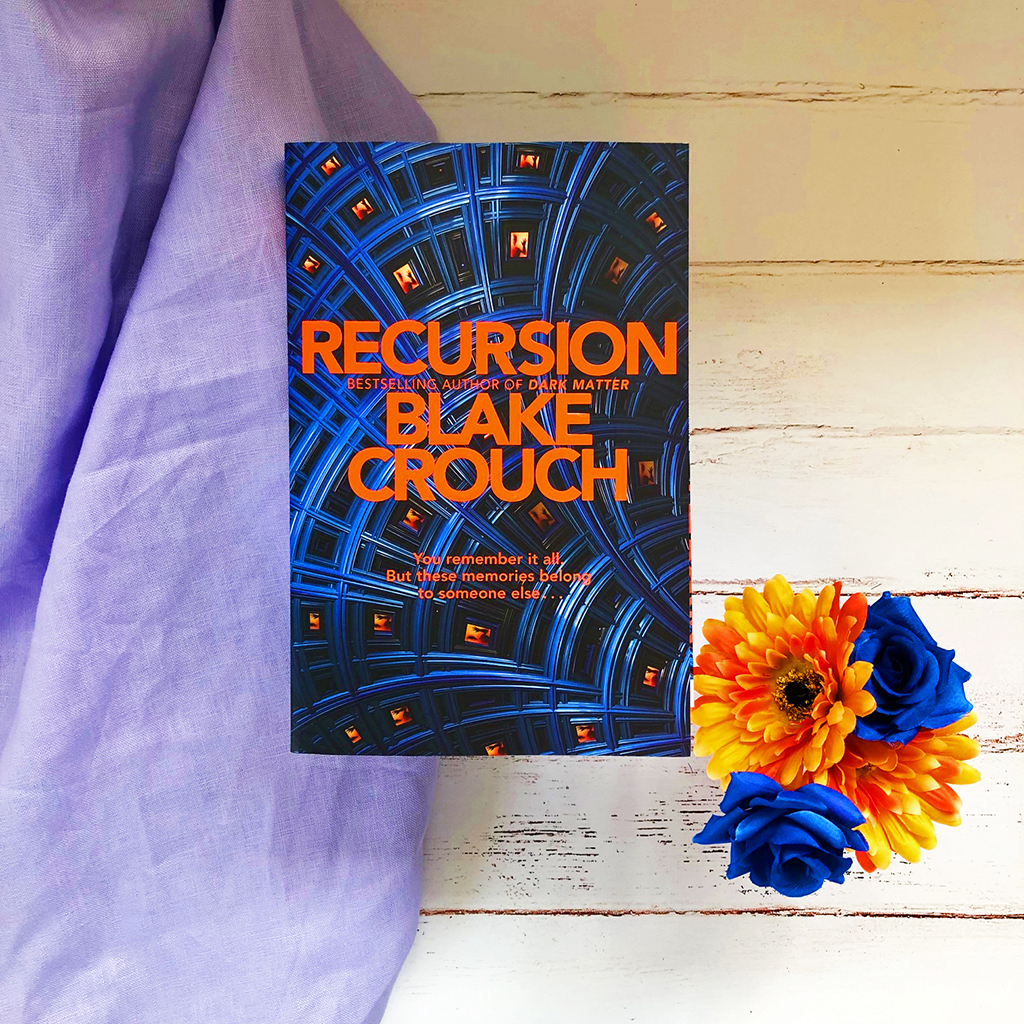 What if someone could rewrite your entire life?
‘My son has been erased.’

Those are the last words the woman tells Barry Sutton, before she leaps from the Manhattan rooftop. Deeply unnerved, Barry begins to investigate her death, only to learn that this wasn’t an isolated case. All across the country, people are waking up to lives different than the ones they fell asleep to. Are they suffering from False Memory Syndrome, a mysterious, new disease that afflicts people with vivid memories of a life they never lived? Or is something far more sinister behind the fracturing of reality all around him?

Miles away, neuroscientist Helena Smith is developing a technology that allows us to preserve our most intense memories, and relive them. If she succeeds, anyone will be able to re-experience a first kiss, the birth of a child, the final moment with a dying parent.

Barry’s search for the truth leads him on an impossible, astonishing journey, as he discovers that Helena’s work has yielded a terrifying gift – the ability not just to preserve memories, but to remake them . . . at the risk of destroying what it means to be human.

Recursion by Blake Crouch is a mind-bending, thrilling novel about memory readjustment, and a technological advancement that allows people to go back in time and rewrite their history and avoid terrible things happening — deaths, divorces, terrorist attacks. But, naturally, something with this much power has its consequences.

There are two main characters in the book. First, in 2018, there’s Barry, an NYPD detective whose marriage crumbled when his daughter was killed in a hit-and-run accident over a decade earlier.

Secondly, in 2007, Helena is a neuroscientist in Palo Alto who is studying memory. Her mother suffers from severe memory loss and Helena wants to invent and develop a chair that will help her. When a stranger appears in her office, he offers her the funding she requires to finish the chair that could help her mum.

“Barry has the tracking software activated on his phone. He has no idea how long he’s been unconscious, but assuming it’s still early Tuesday morning, his absence from work won’t be noticed until late afternoon. In theory, hours from now.”

Part of the intrigue of the book, is waiting to find out how Helena’s inventions in 2007 lead to the plagued False Memory Syndrome in Barry’s 2018. We first meet Barry when he fails to convince a woman not to jump off the top of the building in suicide — she’s a victim of False Memory Syndrome and a few weeks earlier, she woke up to discover all her past memories weren’t real and she was now living an alternate life. She was confused and angry, and lost. She felt so depressed, she committed suicide. Barry investigates this ‘syndrome’ and uncovers a dangerous secret behind the syndrome, and we start to understand how Barry and Helena’s lives will intersect.

This book took me completely by surprise — it hooked me from the first chapter, and kept me absolutely addicted until the last paragraphs. What a wild ride; what a magnificent read.

The technology and the premise drew me in immediately. Memory is the dominant theme in this book and it’s used so well, drawing on the human experience of hindsight and regret and asking readers to imagine a world where you could go back and change something terrible that happened in your life. Regret your marriage? You can erase it!

Recursion is apparently a sequel, although I sensed no evidence of that. I’ve never read Dark Matter, and I adored this book. I’ve been recommending it to just about everyone since I finished it last week.

“Over the last year, this apartment has felt more and more like a prison, but never more so than now. And it occurs to her as hot, angry tears run down her face that it was her own self-destructive ambition that carried her to this moment, and probably the one in 2018.”

Despite a less than impressive cover design, this book is the kind of story I’m interested in. It’s complex, but heartfelt. The characters are fleshed out and original, and the premise is incredibly fascinating, unique and a real page turner.

This book won’t be for everyone, I’ll admit that. It’s about time travel, memory alterations, and at times the back-and-forth between timelines and the complex mathematical nature of it all can get a little overwhelming. You have to have an interest in the fantastical — the imaginary — to love this book. But if that sounds like you, definitely pick this up. Well worth a read.