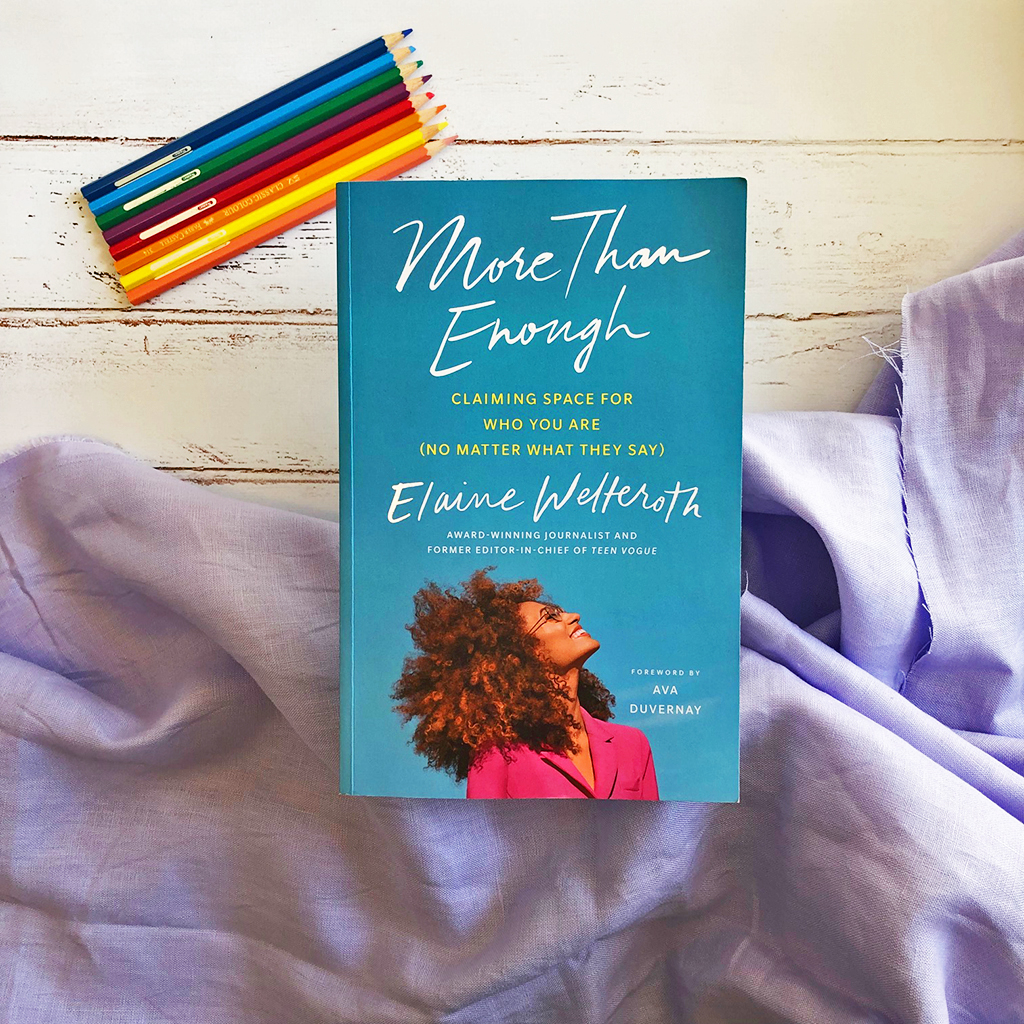 A memoir from the revolutionary editor credited with bringing social consciousness to the pages of Teen Vogue and an inspiring exploration of what it means to be enough.

In this part-manifesto, part-memoir, the revolutionary editor explores what it means to come into your own – on your own terms.

Elaine Welteroth has climbed the ranks of media and fashion, shattering ceilings along the way. In this riveting and timely memoir, the groundbreaking editor unpacks lessons on race, identity, and success through her own journey, from navigating her way as the unstoppable child of a unlikely interracial marriage in small-town California to finding herself on the frontlines of a modern movement for the next generation of change makers.

Welteroth moves beyond the headlines and highlight reels to share the profound lessons and struggles of being a barrier-breaker across so many intersections. As a young boss and the only black woman in the room, she’s had enough of the world telling her – and all women – they’re not enough. As she learns to rely on herself by looking both inward and upward, we’re ultimately reminded that we’re more than enough.

Elaine Welteroth is a dynamic groundbreaker in media and fashion. In her memoir, More than Enough, she talks about her journey towards being a journalist and rising above the ranks in the world of fashion magazines. At 29, Elaine became the youngest Editor-In-Chief at Teen Vogue, and the second black editor-in-chief of a Conde Nast publication.

At first, I wondered if Elaine had enough of a story for a memoir. The book moves quite slow to begin with and I worried that it was going to be another one of those memoirs where the person has written it quite young and perhaps too early — I often question the need for a memoir from someone under the age of 35. Wouldn’t it be better if they waited another ten years and had more to tell readers? But I soon squashed that thought, because this book has so much to offer and so much insight for all types of readers.

“When I look back, I see a little girl running, pushing, working creatively to compensate for things that were beyond her control. For years, I felt like an imposter with a hidden flaw waiting to be found out. I worried that I might be stained, too, just like that cheque in my dad’s pocket.”

Elaine grew up in California, the child of a black mother and a white father. From childhood, she was ambitious, devoted and determined to succeed. Elaine talks a lot about how different she felt from other kids — because of her hair, her skin colour, her upbringing or her heritage. As a biracial girl, she didn’t always feel like she belonged with the black kids, but she knew she didn’t belong with the white girls either.

But, in college, Elaine met like-minded people who shared the same drive and passion for a successful career as she did, and she prospered. She thrived with internships and work and by trusting her instincts and always pursuing what she felt was right, she climbed to the top of the fashion world incredibly quick. She worked for fashion powerhouses such as Ebony, Glamour, and then Teen Vogue.

Young girls will read this memoir and be inspired — particularly if those young girls are interested in working in the fashion industry. But, more importantly, young black girls will read this memoir and be reassured that they have a place at the table. They’ll realise how important it is for their voices to be heard and acknowledged, and they’ll realise that they have the power to make real change in the world.

“When I returned to college after my New York internship, I felt overwhelmed and intimidated. Not just by East Coast White People and the extremely ill-fitting advertising world. But by the entire world. And the daunting notion of figuring out where I belonged in it.”

More than Enough highlights Elaine’s devotion to celebrating diversity in the fashion industry — an industry that is predominantly full of white and privileged people. Elaine uses her own experiences to transform Teen Vogue into a more socially conscious publication, with girls of all colours on the covers and feature stories within its pages that reflect our multicultural society.

An empowering memoir from an incredibly inspiring trailblazer.

More than Enough: Claiming Space for Who You Are (No Matter What They Say)
Elaine Welteroth
July 2019
Penguin Random House Publishers