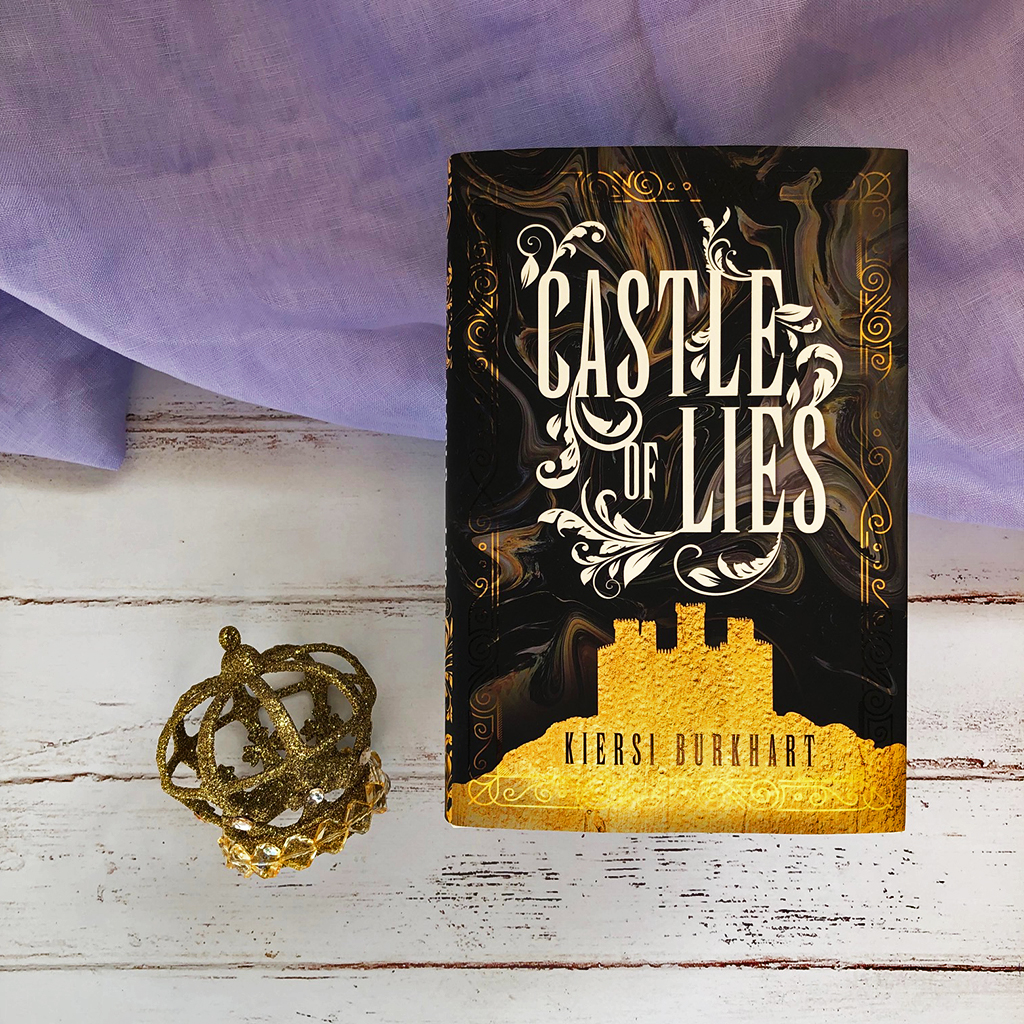 Thelia isn’t in line to inherit the crown, but she’s been raised to take power however she can. She’s been friends with Princess Corene her whole life, and she’s scheming to marry Bayled, the heir to the throne. But her plans must change when an army of elves invades the kingdom.

Thelia, her cousin Parsival. and Corene become trapped in the castle. An elf warrior, Sapphire, may be Thelia’s only hope of escape, but Sapphire has plans of their own. Meanwhile, an ancient magic is awakening within the castle, with the power to destroy the whole kingdom. Can Thelia find a way to protect her future – and her life?

Castle of Lies by Kiersi Burkhart is a YA fantasy novel that explores magic, loyalty and secrets, amidst a terrifying elvish invade.

The Holy Kingdom is bankrupt, ruled by an alcoholic King who isn’t concerned with much except himself. His daughter, Corene, is secretly engaged to the King’s ward Bayled, who has been promised the throne. Corene’s cousin Thelia is scheming to take the crown, despite having no right to it. And then, the King announces that he’s promised his daughter Corene to a Southern Lord to help secure an alliance ahead of an oncoming Elvish invade.

This book really disappointed me. The plot is not engaging, and there isn’t much depth to the story. There are too many characters in the book, and it switches POV between four different ones — Thelia, Bayled, Parsifal and Sapphire. Half the time, I forgot whose POV I was in, because a lot of the voices read the same and I found myself very disinterested in all of them.

The characterisation is very surface level and the characters themselves felt very flat. For example, Thelia is supposed to be savvy, secretive and sneaky, but that’s not how I felt when I read her. She doesn’t feel threatening or intelligent. She’s bold and brash but she’s not frightening.

The writing in the book is a little too simplistic. Descriptions are basic, and the vocabulary doesn’t quite connect with the atmosphere and setting. The war and politics in the book doesn’t read authentic, and a lot of it seems skimmed over, thus losing its credibility.

“Washing and brushing and putting up my hair takes all my willpower. Sitting at my vanity, I stare into my own brown eyes as I draw dark lines like a barrier around them, holding me in. I reach for my lip stain, but like a gust of wind has swept through my room, it falls off the edge of the vanity and rolls away.”

Many of the characters read very immature, even for their age. The stakes are high, the tension is mounting, and there’s a very real threat coming their way, and yet the main characters seem to be involved in such petty arguments and unnecessary altercations.

The world-building in the book is one of its strengths — the castle and the kingdom, and the lands surrounding Four Halls are fully fleshed out and I could easily imagine how this setting physically looked.

There’s plenty of romance in this book, if that’s of interest to you. There are multiple pairings, or love triangles, and most of the tension in the book is between characters who are either together, or want to be together.

“Every conversation with Thelia I’ve ever had since I came here as a little boy has been like this one — with her reflexively condescending to me. I’m wrong, I’m ignorant, I’m a foreigner. I tried over and over to befriend her because she was so close to Corene, but it wasn’t many cycles before I gave up.”